The Financial Confessions: “I’m The ‘Rich One’ Of My Friends, And I Hate It” 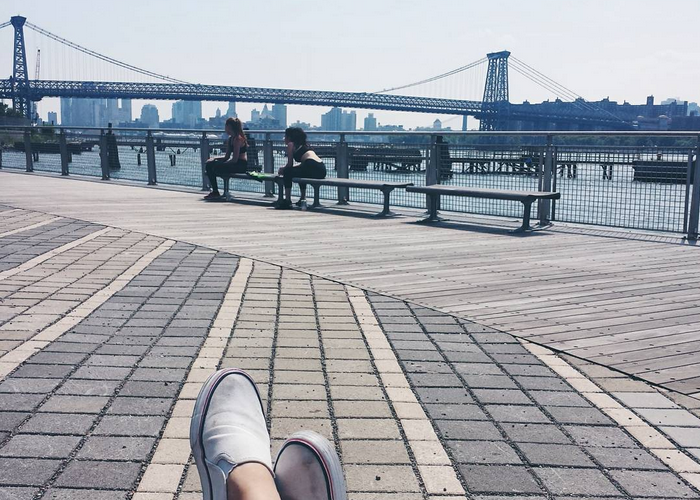 “My dad is a doctor, and my mom works in high-level communications for a Fortune 50 company. Together they make a lot of money, not in the seven figures but definitely in the mid-six. I’ve gone to private school all my life, I’ve never had a used car, and I went to college in New York City and for the second two years lived in a two-bedroom apartment that I shared with one other girl. I have no student debt, and I got a job right out of college working in advertising, where I make a little less than $50,000 a year at 25. I live in New York City still, in a two-bedroom still, with the same girl still. I go to restaurants, I go on vacations, and my parents take me on a trip to a different country at least once a year.

This sounds like bragging, but it’s not. I’m recounting the facts of my life so that you know what they are, and have the full picture. And as you would probably guess, I’m the rich friend.

My roommate comes from a similar background, but aside from her and one other friend from high school who lives in the city, most of my friends come from college and work, and most of them come from much more middle-class backgrounds. I’ve heard a lot of stories about New York being a city full of trust fund kids, but as someone who has had their life paid for until now in what you might consider a “trust fund kid” way, I can assure you that I am the exception, not the rule. The fact that I have no student debt makes me an anomaly amongst my friend group, and it’s not something I like to talk about (though it’s also not something I hide, because that would be unfair).

I say that it sucks to be the rich one because I don’t want to be friends with people like me, I feel much more philosophically and ideologically aligned with people from “normal” backgrounds. But I know that I am different, and that there are many aspects of their life that I cannot relate to, and many privileges that will always be true of my life. I am a progressive person (Sanders 2016!) who does not believe in the uniqueness or the inherent ability of wealthy people, nor do I think that my family worked any harder than many working class families, we just happened to be luckier and be born in a better situation. I got excellent grades throughout my life, including in college, and though I got a job straight out of school, it wasn’t through anyone I knew personally, but rather through a project I did in my senior year that got a good amount of attention online, and caught the eye of an art director at an agency. And while I don’t deny that my class privilege has gotten me a lot in life, I also am someone that has always valued hard work and ambition, and have never identified with the trust fund hipster life of some of my former classmates.

I can tell, sometimes, that despite their best intentions, some of my friends have hard feelings about my background. The fact that I don’t have any debt, and that I don’t have to worry about supporting myself in the way they do (my parents would help pay my rent for a while if I lost my job, for example) is just inherently uncomfortable. And the few times I’ve offered to help one of them financially for one reason or another, it’s only made it more clear how different we are. They felt pitied and awkward being offered money, and I felt unable to relate to the sentiment of embarrassment because money has simply never been an issue in my life. It didn’t even dawn on me that getting a brand-new car at 16 was weird until I moved out of my town in Connecticut and met people who didn’t even get a car when they were in high school. I will probably go my whole life not understanding the realities that many of my friends lived, and will always put my foot in my mouth trying, but I still want to try. I want to be a better wealthy American, who actually helps contribute to equality.

While it’s not productive to stereotype how certain economic classes live their lives, I can say to you with confidence that from my small social bubble in Connecticut, moving to NYC was an enormous shock. Before I moved here, I never had a single conversation about something like income inequality, police brutality, or the fight for a fair minimum wage. My friends simply didn’t care, they knew that their futures were set up and assumed the world was fine for everyone else. It didn’t benefit them to know about how the rest of society lived, so they didn’t ask questions. And to be honest, it was a fun time in its way. I went to parties, I drove around, I played sports, I had friends. But now I look at those same people, in their 20s with good degrees working good jobs, and I wonder how much more good they could be doing in the world if they cared about anything but themselves and their own families. But they don’t, and they never will, so having any kind of nuanced conversation with them now is moot. And I avoid it.

I’m not one of those people who is wracked with guilt over their privilege, but I do hope to do more in my life than my peers will for the good of the country. My friends have accepted and embraced me despite our uncomfortable difference in background, and that’s more than enough for me. But now that I know what life is like in the “real world,” I never want to go back to my bubble, even if the grass is very green and my parents live there. For me, ignorance is simply not bliss.”