The Financial Confessions: “I’ve Spent $5,000 Dollars On Weddings And I Don’t Even Have A Boyfriend” 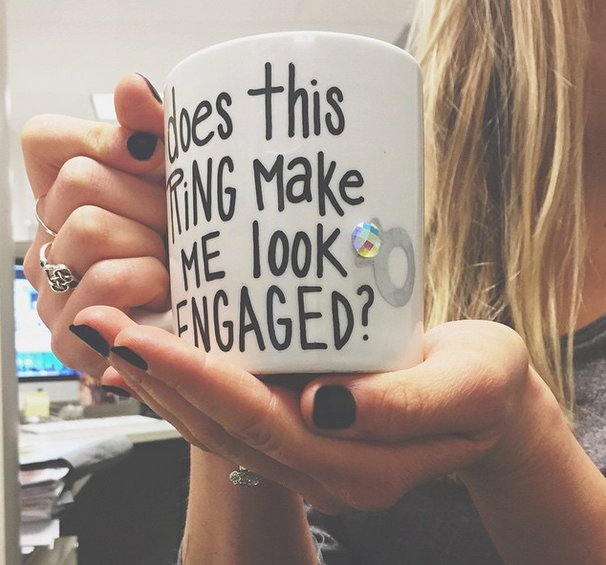 “Two months ago, I turned 29, and in two months, I will be going to my eighth wedding in three years. I have been a bridesmaid three times and been to four bachelorette parties (one girl didn’t “believe in bridesmaids” but for some reason believed in making us pay to fly to Las Vegas). I have been to “cool” weddings and traditional weddings, 200-person blowouts and intimate 30-person destination ceremonies. I have dressed in “casual dressy” dresses and “actually dressy” dresses, which somehow end up costing about the same thing. I have given gifts, taken flights, booked hotels, rented cars, bought dresses, and covered incidentals, totaling over 5,000 dollars of my hard-earned money.

And I’m not rich. I make a decent salary but I live in an expensive city, and even if I was rich, maybe I would have rather spent that 5,000 dollars on something for myself. (And I would have, for the record.) Among all the weddings I have been to, I can say that two were genuinely fun, awesome, totally-worth-it experiences that were clearly geared towards the people attending’s enjoyment as much as the couple’s. The rest were somewhere between “tedious” and “like watching the bride’s beauty pageant consisting of one person, herself.” I was at a second cousin’s wedding (my mother forced me to go, I never would have chosen to do so) in the Bahamas, where I ended up spending 1,000 dollars total to watch her swan around in a ball gown and be the pretty princess, while being forced to talk to family members I usually make a point to avoid.

Maybe I wouldn’t resent all this money so much if I weren’t single, but I do, and I am. I have had exactly one “serious” boyfriend in my life, from the ages of 23 to 27, and we’re still pretty cool with each other. I love him as a person, but it wasn’t right for us to get married because we ultimately didn’t want the same things out of life. Since then, I’ve had some dates and casual boyfriends here and there, but I’ve been happy being single, focusing on my career, and traveling (when not wasting my vacation time and budget on flying to South Carolina for another fucking wedding).

And despite making the right choices for myself and remaining single, I have spent a significant portion of my yearly income on other people’s relationships. I have put on the ugly bridesmaids dresses, smiled for the pictures, drank the bad wine, and danced to Gangnam Style over and over again. I’ve been a good sport, always bringing a plus one when possible so I didn’t have to rain on the bride’s cloud by making her feel sorry for me. I know that I will never get anything for this unless I get married myself, but it almost makes me never want to have a wedding, because I don’t want to subject other people to this.

The culture of “it’s my big day so I can go crazy and ask for whatever I want” is something I hate, and don’t want to contribute to. I have been a bridesmaid where we had to pay for three nights at a hotel, plus transport there, plus our dresses, plus wedding accommodations and travel, plus a #GirlsBeautyDay, plus a gift. This is an insane thing to ask of people, unless all of your friends are really rich. (The crazy thing is I know I’m far from the poorest person who has been at those weddings, I don’t know how the other people did it.) I don’t want to one day think it’s “my turn” and demand the same commitment and investment from my extended group of friends (especially if it’s one of those huge weddings where basically every person you’ve ever met gets an invite).

I know that I could say “no” to these weddings — even if I would still have to get them an expensive gift, and I have had friends who literally just asked for money, which was like ummm I am no richer than you are — but that might make this person secretly hate you forever. Really. It’s taken as a huge slight if you don’t go to someone’s wedding unless you have a really good logistical reason, so your options if it’s a big expense become “reveal yourself as a poor person who can’t afford to go right now, and deal with that judgment and embarrassment” or “don’t show up and have them hate you,” and I really don’t know which is worse. All I know if that it’s a really awkward to put 100 of your closest friends and family into.

We don’t need to stop having weddings, obviously. We just need to be more conscious about them. We need to consider that our friends are people with bills, loans, jobs, limited vacation time, and maybe not a limitless ability to fly to exotic destinations on a dime. If you want some extravagant thing, limit it to the people for whom it won’t be a problem, or put some of your wedding budget towards things like accommodations for people. If you want to have a big thing where everyone is included, make it something that everyone can afford, and don’t put any pressure on people to do things like buy a 300 dollar dress or fly to Arizona. It’s simple: Just don’t be an asshole. And your friends won’t have to spend a million dollars between the ages of 25 and 35 watching everyone get married.”