The Financial Confessions: Being A Sugar Baby While Having A Boyfriend (Who Doesn’t Know About It)

By The Financial Confessions | Tuesday, September 29, 2015 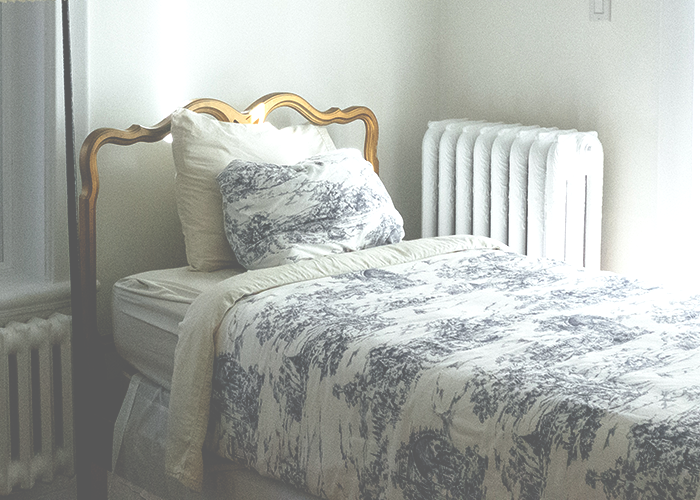 I’ve always been the type of person to have a plan, and especially to have an exit strategy in case things don’t work out. I know that I need an exit strategy for what I’m doing now; I know that it can’t last and it certainly can’t end well. But I can’t bring myself to break free from the sense of financial security I’ve had in the past eight months, even if it’s messing with all other forms of emotional and physical security.

Every evening I come home to my unsuspecting boyfriend who loves me, who chose me to live with in a tiny 400 square foot studio in Southern California. We’re both in our early twenties and have been together since we were sixteen. He is the one person I have always told everything to, but all that’s changed.

I knew that there would be a lot of changes when I started graduate school. I was fortunate enough to graduate from a public university with no debt whatsoever; my scholarships, grants, and part-time job allowed me to pay my way through college with relatively little trouble. But when I got accepted to my dream graduate program, I hardly paid attention to the official document explaining the break down of costs. My FAFSA had been filed, but I hadn’t received my estimated aid, and to be honest, I was too excited at the thought of moving across the state, living with my boyfriend, and finally starting our lives together.

I wish someone had told me I didn’t need to be in graduate school to do that. I wish I had been smart enough to figure it out on my own. Quickly, I learned that I would not be receiving financial aid for my program, though my GPA was strong and my recommendations excellent. Instead, I was offered a number of unsubsidized loans, which, if I accepted, would come out to 50,000 for the academic year.

I had savings and an emergency fund, but my previous feelings of pride for the 10k I had stashed away quickly dissipated as I realized I’d be taking out loans. I’ve been working at a coffee shop since I moved here, but between rent, car insurance, gas, and food, I relied heavily on my boyfriend to make ends meet. He works as a computer engineer and makes good money, but he has his own loans to deal with, and though he had never voiced it, I didn’t want to feel like a burden. Especially when we just moved in together.

I’m in my second year of my grad program, and 20k in debt. I know that number may be small for those who owe hundreds of thousands in loans, but that number feels incredibly overwhelming to me. Despite that, I remind myself that I was at 48k before I started my side hustle, before I joined SeekingArrangement.com and met Dan, my sugar daddy.

More than half a year ago, I made an account on the site after a double shift at the café. I stepped outside for the first time since 6 am, realized that I had spent my entire day working and had made just enough in tips to put gas in my car. My body was exhausted and I tried not to think about the studying that awaited me at home. Midterms were next week and I felt like there just weren’t enough hours to accomplish even a fraction of what I needed to do.

My rationale for pursing sex work was as simple as this:

My degree is all but useless and I’m in school to get another degree that will never bring much money. I am 48k in debt and I’m 22 years old. I need money. I can’t get enough entry-level job if I work 40 hours a week on top of full-time school.

That night, I perused Craigslist for gigs, realizing not for the first time that the majority of the offers were for women to pose and act in adult films. I remember feeling disgusted at the posts for “adult modeling” and “looking for a maid to clean naked for me” but in all honesty, those posts are what made me type “sugar baby los angeles” into my search bar.

Within minutes, I had an account on SeekingArrangement, the first site that looked promising. Best of all, it was free. Within two days of creating my profile and having my photo approved, I was receiving hundreds of messages from men a day. It was the biggest ego trip I’ve ever been on, and despite the fact that I knew I was undistinguishable from the thousands of other young women on the site, I still got hooked on the messages telling me how beautiful I was, how all they wanted was to help me out.

I only met with one man in person and he became my sugar daddy, or mentor, as he chooses to be called. I deleted my account within our first meeting and have no intention on re-joining. Dan is 58 years old, older than my father by several years. He is not handsome by any standards. But he is kind and has shown me extreme generosity. We meet two to three times a week, sometimes between my classes for lunch. When I met him at a restaurant eight months ago, we had just talked for a few minutes before he slid over an envelope of cash, coming out to $2500, more than I could ever make in two months at the café. “Quit your day job and focus on school,” he told me. I remember him telling me that what I was studying was important and that I should focus on that. That he wanted to help. That evening, we talked out the terms of what our arrangement would be.

I quit the café the next day, but my boyfriend still thinks I work there. I went from working 40 hours a week to spending 5 hours weekly with Dan. Sometimes we just have coffee and talk. Other times, he wants to get dressed up and go out. We have not had sex. I don’t know if he has health issues, but it’s something he voiced from the beginning that would not happen, and I tell myself that this is why I’m able to keep doing what I’m doing. Every night I come home to my boyfriend, who asks how my day was, who waits for me so that we can cook dinner together. Every time that I want to tell him, I remember the good things that have come from my arrangement, like how I can pay my share of rent every month, can split utilities and food completely fairly, can pay my bills on time and the full amount. I have paid for our weekends away, have watched him become less worried about me. He believed me when I told him I was promoted to assistant manager of the café. I work on campus in a research position that pays close to nothing, but it’s work I love. And it’s thanks to Dan.

When I am with Dan, I’m a different person. He sees me looking my best, has never heard me raise my voice. Each week, he pays me in cash. I have received thousands of dollars for kissing, for holding hands on a busy street, for being his date at a number of work functions. Being a sugar baby and having a boyfriend, I know that I am being unfaithful to my boyfriend. I know that this would kill him, not just because of the other man, but because he would feel as though he can’t provide for me himself. But I can’t justify ending it when Dan is paying for school and is making my life so much easier.

My boyfriend knows some of the worst parts of me, and still wants to be with me. But if I told him that my income in entirely generated from being a sugar baby, he would leave me in a second. I would not blame him, but that’s not enough for me to tell him the truth or stop what I’m doing. At least, not until I’ve paid off my loans.