The Financial Confessions: “My Husband And I Found An Unconventional Way To Solve Our Money Problems” 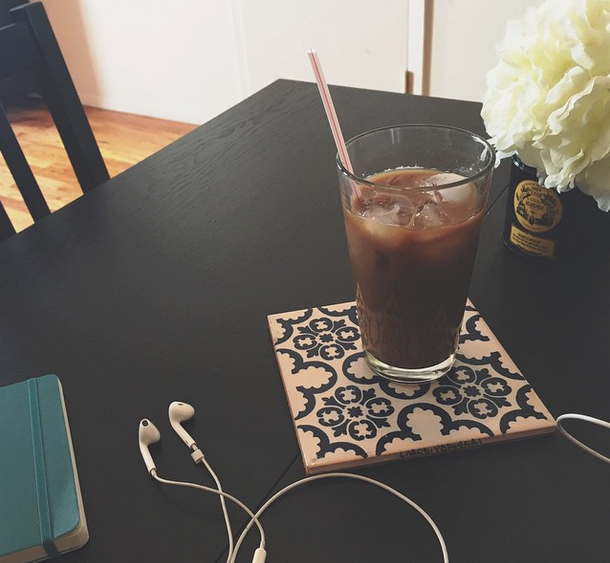 “When J. and I got together, it was clear that he had a more laid-back way of dealing with money than I did. Since I got a steady job, I’ve been sticking to a budget (excel file and all) to make ends meet, and afterwards to save for holidays abroad. This has somehow come naturally, and maybe as a reaction to being brought up by parents that lacked a lot of financial wisdom.

Anyway, once we moved in together we had to deal with the spending as a couple (groceries, rent, utility bills, car repayment). Our very simple solution had been to keep all the bills and tally up at the end of month. Whoever paid less owed the difference to the other. It worked well, even though the tallying up was sometimes tedious, along with keeping all the receipts. But we got by. I kept on budgeting and saving money, while J. had a more relaxed approach to his finances (which had sometimes difficult times and sometimes more prosperous times. But the most important thing was that we were and still are on the same line about spending our money responsibly, and we had never conflicts about that. We are not big spenders, and don’t need a lot of (new) stuff to make us happy. Eating out every now and then in a good restaurant, nice travels, and the eventual treat are what we go by.

Then we moved abroad to London thanks to J. securing his dream job. All was fine for the first six months, until he lost that job. In the meantime, I was lucky enough to secure a permanent position, albeit lesser-paid than back home. So we kept on, as this was our dream, and J. was positive that he would soon find a new position. But he didn’t. The little savings he had vanished after a few months. Luckily, though, when we moved to London we had made the wise decision to rent a room in a shared house, and with a little help from his family and my salary, we kept on even longer (J. still being hopeful that very soon he would secure a job again.)

Through this, we kept our way of dealing with money as before, tallying up and sharing our bills. But there was a huge pressure that we had not felt when it had worked so well, especially when J.’s  account was overdrafted a few days in a month’s time, and was charged 150£ in overdraft fees by the bank. Looking back, I think I kind of lost it that very moment. Considering that money was very tight, it just felt so irresponsible and was a huge waste of the little money we had. I just couldn’t understand why he had problems keeping track of his money. Conflicts about this were increasing, along with the inevitable pressure to just pack things up and go back home.

A while later, J. found an article on the internet and jokingly sent it to me, about how Japanese couples deal with money. When they are married, the wife directly receives the salary of her husband and gives him an allowance. Traditionally, Japanese women control a family’s finances. Unfortunately for J., I did not take this article as a joke. I had an epiphany. From then on, I claimed, I would be in charge of our money. I had been keeping a budget my whole life, and would simply incorporate his earnings into that. I would let him know how much he could spent each week, and would take care of all the bills and so on. Of course we would decide together what to do with the money saved, but as his article promised, it was way easier saving money that way and than depending on us both to be sensible in tandem.

J. was, of course, very reluctant, and said it wasn’t necessary to go to such extremes. I reminded him of the overdraft incidents and the way he went into a panic mode each time his bank statement came in. Truth to be told, J. doesn’t like dealing with money and finances and he gladly admitted it. But I am. And I am good at it. So it was the right decision that I would be responsible for it. He eventually agreed, but asked that we keep it between us, and that I shouldn’t tell anyone about our arrangement. Soon after that, he found a new job.

After a while and once we got the hang of it, J. was totally on board, even bragging to friends and family that I am totally in control of our finances. It has made him a lot happier, a burden lifted from his shoulders. I check our bank accounts regularly and update our budgets weekly. I keep him posted once a month on our weekly budgets, how many common and personal savings we have. And that works very well for him.

Our budget has the following sections:

I am a lot happier too to be able to control our money earned and save to our common goals (marriage, house, travels). And J. has other areas of expertise, where I give him full control. And I think we function well as a couple that way.

I would recommend our strategy to every couple out there who is not evenly matched when it comes to financial savvy and self-control, because fighting over money is just silly. I see a lot of resentment between couples because one is paying more than the other, or spending more than the other. And I think there is little communication about it. Because as it turns out, people don’t like to talk about money, even within their most intimate relationships. People still keep the mentality, years into a relationship, that it is “my money” and “their money,” instead of “our money.”

But as a couple you need to be honest and open about it.  I think having a common goal and budget strengthens a couple, and allows you to achieve so much more. Since J. found a job two years ago, we have been able to finance our small wedding and two big overseas holidays, as well as put money away for a down payment on a home.  If you have the foundation of a trusting and committed relationship, pooling and managing your money together is the next sensible step.”