The Financial Confessions: My Parents Took Advantage Of Me Financially, And Set My Life Back 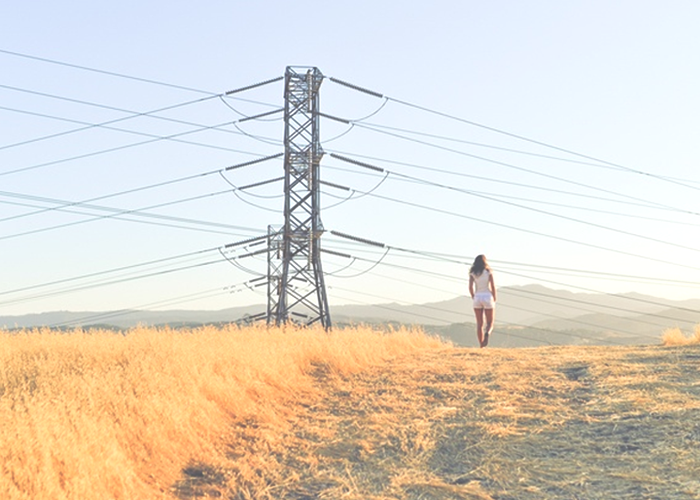 My mom and I have always been close, and she raised me as a single mom living out in the suburbs of New Jersey. She spent the better half of my childhood navigating the school system, attending PTO meetings, going to sporting events, organizing social outings, and sleepovers — all by herself. She worked three jobs to afford rent, groceries, bills, etc., but sometimes, she still had to borrow money from my grandmother. Since my mom and I were always very tight, it only made the events that unfolded later on all the more painful to endure.

When I was graduating high school, I applied to a couple of reach schools that I never thought I would get into. It turns out, I did. I was awarded entry into the most prestigious college I applied to. Since we were so broke (and I was a stellar student), I got nearly the entire tuition covered through grant money. It seemed like a no-brainer, and off I went. I wasn’t totally moving out, because I couldn’t afford to live in student housing in New York City. The commute into Manhattan was easy from NJ, so I wasn’t leaving the nest just yet. I would move out right after college ended, or so I thought.

Fast-forward four years later. I had worked my ass off throughout college, maintained a high GPA, and worked a job on-campus to help pay for my books. I barely borrowed any money from my mom or asked for help, and for that, I felt proud. I was a couple of months out of school when I interviewed for a pretty great job at a financial institution in the city. I nearly fainted when they emailed me to tell me I got the job. With it came a sizable paycheck that I couldn’t believe was my own to spend. After a lifetime spent nickel-and-diming my way through life, I was finally going to have some breathing room. However, I would soon discover that the excitement over having more money was fairly short-lived.

During my last year of college, my mom got laid off from one of her most lucrative jobs (the one that brought in the most money). Ten months had passed, and she still hadn’t found a replacement gig. Things were tight, and because I had minimal expenses during my last semester of college, I started helping her out with rent. I figured, hey, I live here, so why not contribute? It made complete sense to help her out. But, when I landed that great job, it seemed that my mom wasted no time asking me to up my monthly contributions to the household. She was tense, and she was still making little money through odd jobs after losing her main source of income.

Over the next couple of months, things were going well at my job. I was doing great at work, and I started to think about moving out with a roommate to a place of my own in the city. However, when I brought this idea up with my mom, her reaction was not of excitement and support. “Oh….that’s great,” she said, but I knew deep down she was unsure of how she would afford to pay rent all on her own. She was still struggling financially, and had never been much of a saver. She had dipped into her reserves, and things weren’t getting better. After a long talk with her, I decided I would live with her for one more year to help her get back on her feet. While it might seem drastic to some people, in a way, I felt it was something I owed my mom for having to raise me on her own.

But, as time wore on, it felt strange to be taking care of my mother in a way that other 23 year olds weren’t. Yes, I made really good money for someone my age, but over the next few months my mom was needier than ever. She would make occasional snide comments to me about having let my salary go to my head, believing that it was making me feel better than everyone around me. Slowly but surely, the resentment began to creep in. By the end of that year, I was feeling anxious and stressed. Friends around me were moving out and starting their lives. Co-workers were vacationing with friends, buying great clothes, and hitting happy hours after work multiple times a week. I was still commuting back and forth to NJ every day, and felt left out and lonely. Since I was essentially supporting my mom, the life of a carefree young professional was not afforded to me.

This went on for another six months, over the course of which I took charge of paying for all the groceries, the cell phone bill, and cable. I thought to myself, yes, these expenses are ones that I would need to shoulder if I lived alone anyway, but at this point I was nearly 25, and I craved true independence. I was always angry because I felt frustrated, and my relationship with mom was not the same — we barely spoke. I stayed out of the house as much as possible, and crashed on friends couches on the weekends. I needed to get away from the confines of my tiny little suburban home I was financially tied to out of guilt. I resented my mom, and I hated myself for feeling that way.

At a certain point, things boiled over with my mom and I. While I won’t go into too much detail, it was a pretty massive shouting match that ended in tears. It made both of us step back and evaluate what needed to change. It was time for me to venture out on my own, and my mom began planning her move to Florida to live with my grandmother. My grandma was aging, needed care, and owned a home my mom could live in rent free. I moved out and into a two bedroom apartment in Jersey City with a girlfriend of mine.

Today, I’m finally living life on my own terms and building a savings account that I hadn’t been able to in the past. My mom and I talk often, but things between us will always feel a little bit different. When you shoulder the financial burden of a parent’s mistake/situation, it’s difficult to brush it off when it starts affecting the personal growth and development of your own life. While our relationship is still a bit tense now, I feel confident that things will get better. Life is easier for my mom now, and the dynamic between us is much less strained. While I do feel that I was taken advantage of to some extent, I know that she didn’t do it with malicious intentions. I know that we can move past that chapter of our lives.