The Financial Confessions: “My Money Problems Cost Me My Fiancé”

By The Financial Confessions | Thursday, September 17, 2015 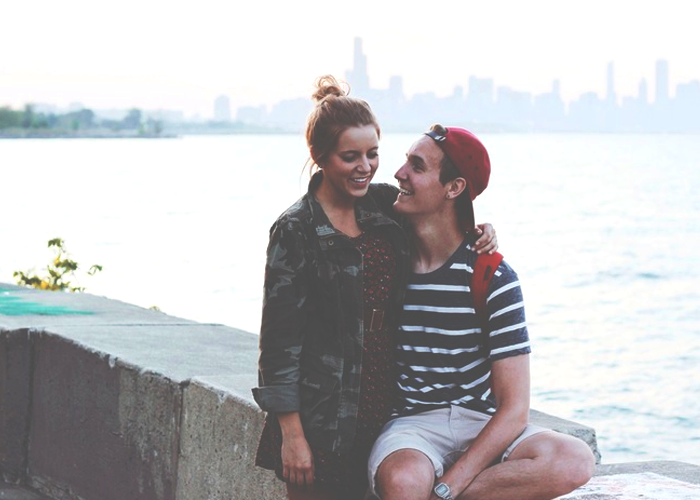 “When I met my former fiancé, we were both in grad school at a very good program, working on a mix of loans, grants, and small scholarships to make it through. Neither of us came from wealthy backgrounds, and our school was very expensive. We took refuge in the fact that we were the ‘poor kids,’ surrounded by many wealthy people who did not have to worry about the same things that we did. And because we were both on the same (very strict) budget, when it came to things like dating and romance, we had very similar limits for what constituted a “couple’s night.” I can count on one hand the times we went out to dinner together to a “real” restaurant, and our biggest hobby was probably getting creative with ramen recipes and watching our shared Netflix account. I loved it because it was him, but I admit that I was always envious of the other students around me who seemed to be able to live the way they wanted, without worrying about the cost.

We both graduated within a year of each other, and both got jobs more or less in our chosen professions. I became a counselor at a charter school for underprivileged-but-gifted students, helping guide them into college and choose the best classes. My ex took a job doing research for a foundation involved with urban planning. We were the bright-eyed, hopeful young couple living in Queens, trying to make the world a better place in our own naive way. We had a tiny apartment, and both earned meager salaries, but we were happy and in love. And when he asked me to marry him two days after my 26th birthday, I couldn’t imagine any answer other than an enthusiastic “yes!” He had taken me to our favorite Italian restaurant in Queens, organized everything beforehand with the owner, and we had an incredible dinner with lots of wine and at the end a tray of beautiful desserts with a ring in the center, while a violinist played a few of our favorite songs. It was perfect.

But about four months after our engagement, I got a job offer from a website looking for a new writer on the topic of education and policy. It wasn’t random — one of my best friends from high school had been writing for this publication for two years when they announced they were creating this position, and she knew I had maintained my blog about education since before I even started grad school. It had never occurred to me that I could be a professional writer, but when the opportunity came along, I knew I would have been ridiculous to turn it down. I gave my two weeks’ notice at the charter school and started at the website as soon as I could. It was barely any more money, but I was suddenly in an office in Midtown and was one of those “Manhattan girls” I had always secretly dreamed of. My parents were happy for me, but as two people who had never finished their degrees and both resented their dead-end jobs in a dead-end town, I could tell that they thought I believed I was better for them for getting this new position. Looking back, in some ways, they were right. I felt like I’d finally gotten an invite to the party I was always meant to be at.

For someone who never came from money, to suddenly be working in an environment like that, with people who were a lot like my old classmates, was a huge shock. Suddenly, people were going to networking events and after-work happy hours, and came to work carrying expensive bags. There was a need to not just do your job well, but to look a certain way while doing it, to fit in and be part of the crowd. It felt like I was at the cool girls’ table with my crappy brown bagged lunch and hand-me-down sweater. I remember the first day I went out with a few girls for coffee break and bought a latte and pastry from the cafe downstairs, instead of going into the break room and re-heating the coffee I brought from home.

Within a few months, I had a closet of new clothes, dozens of coffee runs, dinners, and happy hours under my belt, $2,000 on my credit card, and trouble paying my rent. I told my ex with tears in my eyes that I wouldn’t be able to make rent that month, and he helped me and held me in his arms. But I didn’t tell him about the credit card. I didn’t tell him about the charges I was racking up, or the fact that I was going out to dinner with people who worked at magazines I’d read my whole life, and that I was caught up in the desire to impress them to the point that I would put my financial life on the line.

By the end of that summer, I had maxed out my credit card and taken out a new one. I always looked my best, I had a job people envied, and I never turned down an offer to network with new people. My ex and I were growing farther and farther apart, largely because I was socializing without him basically every night. So when the news came that his mother was sick, and needed him to come home for a while to help her, my stomach sank. I knew that she couldn’t afford to help pay for this, and neither could my parents. I knew that this was the moment we were supposed to use the credit cards that we were always frugal with, but which I had secretly maxed out behind his back.

When he asked me if I could take on the rent because he had been granted an unpaid sabbatical from his work to go help her, I broke down into tears. I didn’t have any money, and I didn’t even have credit cards to help stretch it. All the clothes I’d told him I bought “at the thrift store” were from the real deal. All of my “great happy hour deals” had built into over a thousand dollars on drinks and snacks alone. I laid out my purchases in front of him, and the little lies that had gone with them to cover them up, and his face crumpled. We had always said we would not end up like our parents, that we would be smart with money and take care of each other, living below our means so that we could one day send our children to college in a way our parents never could for us. We wanted to retire early, and own a home by 30. We had dreams, and I was fucking them up, and lying to him in the process.

I tried to explain to him, crying, that I was just caught up in this new image of myself, and that for the first time in my life, I got to feel like a “rich person” who wasn’t burdened with all the scrimping and saving I always had. I told him that I’d let my student loans go into default, but that it wasn’t really my fault — it was society’s! It was Sex and the City’s for teaching me this is what New York is supposed to be! It was my coworkers, for living so well in front of me. I blamed everyone but myself. He made me cut up my cards in front of him, and told me that he was moving home for a while to take care of his mother, and that I would stay here, and get a room somewhere so I could afford rent. I couldn’t keep our apartment, and he knew that meant he didn’t know if he would come back to New York.

His sabbatical turned into him taking a job back in Minneapolis, and staying with his mother until she passed away seven months later. He now lives in her old house, and is fixing it up to sell. We didn’t ever really have a big “breakup moment,” we just stopped talking much until I offered, by email, to send him back the ring, and he told me to sell it, because I needed the money.

I did sell the ring. And the truth is, I’m not better with money. I am still in default on my loans, and I still spend outside my means. I pay the minimum on my two cards as I watch the interest tick up. I feel addicted to the life I live, even thought it cost me my ex, whom I was so in love with. I now work at a different magazine, and get paid more, and I go on Tinder dates. But now, I only date guys who make a certain amount, because I know that I never want to be in that situation again — and I don’t think I have the willpower to make it happen on my own, by being smarter with money. I’ve tasted the life of a “rich person,” and I don’t want to go back, no matter what that means for my personal life.