The Financial Confessions: “My Parents Destroyed My Financial Life Before It Began”

By The Financial Confessions | Wednesday, August 19, 2015 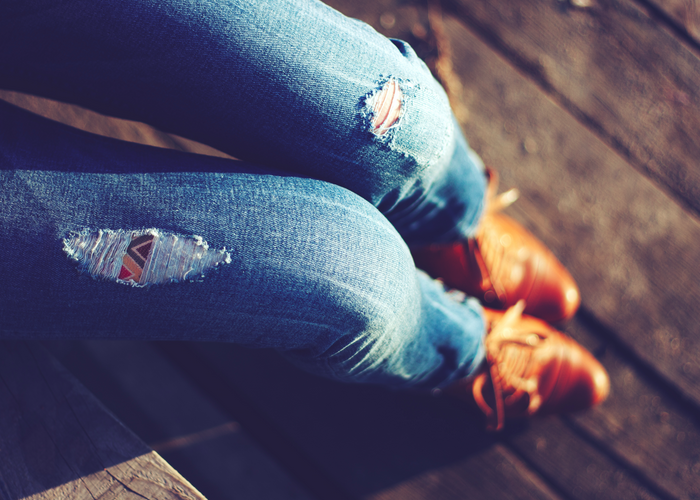 People who describe their families as “dysfunctional” are often using it as a term of endearment. In my case, the dysfunctionality of my family was anything but cute or cozy. I grew up lower-middle class, but in a rich neighborhood, because my mother is obsessed with appearances. You see, I’m Filipino-American – Filipino on my mother’s side. One aspect of Filipino culture is that, for many people, appearances and material items are everything. (Best example, “mahal kita” means “I love you,” but “mahal” also means “expensive”).

It was hard growing up. Our electricity would get turned off, our fridge was empty. I wore my brother’s clothes because I owned nothing that fit. My brother and I never had school supplies or clothes, or money for lunch or field trips. Forget about piano lessons and baseball – we would sometimes go a couple of days without food.  Throughout my life, I often felt “lesser than” – my peers had nice clothes, cars, had cell phones etc. However, my mother never missed a beat when it came to her own image. Always dolled up in designer clothes and make up, she would often throw lavish parties and fly her friends out from the Philippines, and would dole out generous gifts and donations.

I think my mom built her identity on the idea that she always had something shiny and new to show off. I don’t know how to be politically correct here, but I believe anyone with one parent from a developing country and one from a wealthier one can understand the difference in terms of aspiration for wealth. As you might imagine, my mother’s financial recklessness caused our family considerable financial and emotional turmoil.

Around the time of the financial crash, my father was involved in a DUI accident. He was completely at fault. An alcoholic with a criminal background and no college degree, my father and his job were quickly on the chopping block. After he lost his job, my mother suddenly wasn’t the elegant wife of the American husband – an image she promoted and clung to dearly. My mother, desperate to maintain her image, racked up even more credit card debt, while my father, instead of applying to real jobs, spent what little money we had on get rich quick ventures. I got a part time job polishing musical instruments to help out, but eventually our house was foreclosed upon, and we moved to an apartment.

Two years later, I graduated high school (after volunteering, tutoring and maintaining a 4.0 GPA). For as long as I could remember, I dreamed of going to college, however, after getting admission to and setting my heart on an amazing school out of state, I found out a shocking revelation: my parents did not save a single dime for my education. The idea of NOT going to college seemed ridiculous, especially since I fully drank the college-is-the-gateway-to-your-dreams kool aid, so I went to a lackluster in-state school in a really shitty part of the state, and got a scholarship.

This is where it all comes to fruition. I remember the day so vividly. My mother plopped a stack of papers in front of me and told me to sign on the dotted line, to “claim” my scholarship. Of course, being a naïve just-turned-18-year-old, I obliged. Little did I know, I was signing on a $10,000 student loan. None of this money went to my education. (Later I learned that she had a bank account in my name – in which she also stole my tax returns). Although I had a $20,000 scholarship (annually), the financial burden was still too great and I decided to leave school to pursue the budget-friendly route – community college. Since I would be living at home, working, and going to school, I needed a car. Imagine my surprise when the car saleslady ran my credit, and incredulously asked “are you divorced?” My parents put their own car in my name, because they were so desperate for a car and they both had such bad credit. Too bad they let that car fall into repossession.

I’m now 23, living on my own with a full-time job and still no degree. I didn’t find out about my student loan debt until it was precariously close to default, but because of my savings I was able to get out of the danger zone with a payment of $1,000 (which I made on the day I found out). Also, after extensively researching credit and credit scores, I realized that the car situation wasn’t as bad as I initially thought – I was just “linked” to it in some way that was negative, but not the kiss of death or anything.

The takeaway from this is that there is a light at the end of the financial tunnel. Because of my parents’ complete lack of self-control when it comes to money, I’ve become slightly obsessed with personal finance. (Like, don’t even get me started on credit card utilization.) And since my education has been delayed, and I’ve already been in the workforce a few years now, I know how important it is to eventually get degree that will enrich my mind while also prepping me for a career. And I would like to do my part in empowering people who otherwise feel vulnerable or weak when it comes to money and personal finance.

I really hope one day I can fully let go of my resentment towards my parents. I try to put it in perspective by thinking about time travel movies – where the main character tries to prevent a catastrophe but his actions inadvertently lead up to and cause the event. I feel like maybe my parents’ actions, the epitome of financial carelessness, actually helped me foster financial mindfulness. I’ve been thinking of sending a thank you note.