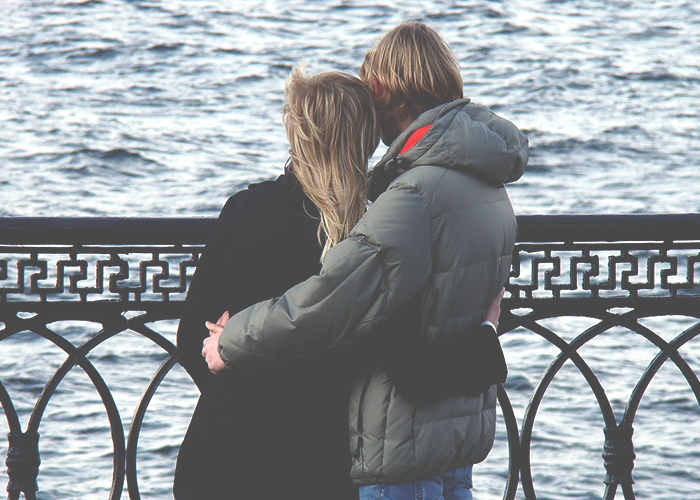 I recently got out of a serious, two-year relationship and my ex-girlfriend’s student loans played a role. Even before it ended, I had been researching student loan debt non-stop. I wanted to understand it to see what I was comfortable with and to see how my girlfriend could get out of it as quickly as possible, if we were going to be married. In an effort to be transparent, I have to admit I am debt free because I was very fortunate that I didn’t have to take out student loans, and this amount (and type) of debt is foreign to me

I have researched the average student loan debt, ways to pay it off, and how it impacts relationships. There are many articles that say if you love someone, then debt doesn’t matter. And while I understand the validity in that, it also makes you feel guilty for worrying about financial concerns down the road, which is not a forward way to think, because money is one of the biggest things couples fight about. I loved my ex (and still do), but her financial situation could seriously impact our ability to have the life we always talked about.

Overall, there were many factors that led to the relationship ending. It’s only been about three weeks, so I am trying to constantly remind myself of why it wasn’t working, because it is really hard to stay strong after a breakup. I don’t like feeling shallow about this, because honestly, all I am trying to do is understand how we could’ve made a financial future work, and I still feel like the bad guy.

Our situation was this: she had $60,000 in student loan debt, between about three different loans, with interest rates ranging from 6%-9%. This debt includes a bachelor’s degree in biology, and then half of a master’s in biology (which she didn’t finish and is not going to). Much of this debt could have been avoided. She is extremely smart and received a full-ride academic scholarship to a good public school in her state. However, she decided to go to a very small, expensive private school out of state. Her parents even took out loans to help pay tuition. She now does lab work and makes about $43,000 annually, but this is contingent on working a lot of extra overtime, so it could be less.

Even though I struggled with incurring this debt, I was willing to make it work. She was not going to be able to pay the loans off fast enough to wait to be married, and I was going to accept that (before we split). We were going to have to impose a very strict budget on our life together.

When we discussed this, we were doing long distance and were figuring out how to get her a job where I lived. She had realized months before that she wanted to be a nurse. I supported that, because I knew she would be a great one. Plus, it is an excellent field to build a career. The one problem was that she wanted to start school immediately. The best option for that was a 16-month accelerated nursing program where I lived. It was at a private university and would cost $52,000. More loans. This would have put her on track to start working in May ’16. I initially supported this, but as we got closer to discussing her move and getting married and her applying, I started thinking about the future. I’d gotten so caught up in the relationship that I had temporarily abandoned my core finance values.

I tried to find a solution, and I approached her with the idea of moving to where I lived, and working for one year, in any job we could find her. This would get her in-state tuition for another accelerated program, which was 22 months long. It would have been much less money, and would have given her time to look for scholarship opportunities to reduce the cost. Yes, it would have pushed back her becoming nurse by a year or so, but it would give me time to save and help pay for her tuition out of pocket, while she worked and chipped away at her current loans. In my opinion, she should be focused on becoming an RN in the most financially responsible way possible, even if it takes a little longer. And she didn’t seem to agree.

As I wrap my head around this whole situation, I have realized that it’s not so much the money, but the irresponsible decision making that bothered me. Her goal is to be a nurse and then eventually get her doctorate in nursing. If you’re goal is to be a nurse, then it shouldn’t matter how you get your RN, as long as you do. Experience is what makes nurses great, not necessarily where their degree comes from (both programs we looked at were excellent). She didn’t seem to be concerned about what adding more debt would do to our future. Doubling her debt makes it very hard to save for kids, save for their college, save for retirement, emergencies, everyday life expenses, and everything in between. She wanted all the same things I do, but it would be hard to afford all of that while paying down the debt.

Her backup option, if we didn’t work out (which we didn’t), was to go to a private school to get her master’s in nursing (in a program for people without a degree in nursing). The program would be two years and would cost $72,000.

So, I tried to not make it about the money. I was happy to help with the debt she’d already incurred, and wouldn’t have let that stop us from getting married. But the fact that she wanted to keep taking on debt, and not in a responsible way, was what showed me we weren’t compatible. Yes, we weren’t going to make it for many other reasons, but her unwillingness to take this debt seriously and get into her career in the least expensive way possible scared me. She had even said she wanted to pay for her kids’ college so they don’t have to do what she did. I admire that, but the more debt we would’ve incurred, the less likely that would have been.

Even after all that, I feel like a jerk. In so many words, she has said if I really loved her, I’d support her in whichever expensive program she chose. I don’t think that was ever fair. It was actually the opposite. I loved her, which is why I was trying to look for better alternatives to improve our potential future together. Her decisions were going to put a burden on us financially, and our ability to have the life and family we always talked about. Has anyone else had to deal with this? Had anyone else had debt impact their relationship, or realized that the way their partner makes financial decisions is totally different from their own way of thinking? Please leave your thoughts and stories in the comments section.