The Financial Confessions: “What An Eating Disorder Really Costs”

By The Financial Confessions | Thursday, February 18, 2016 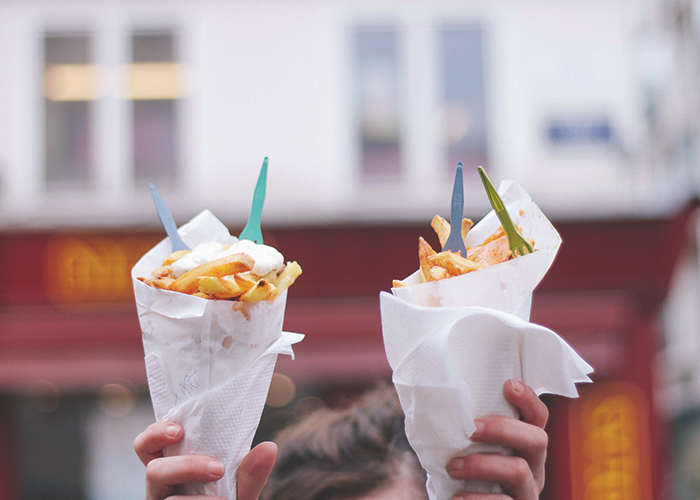 I gained a significant amount of weight in college, which seems like a rite of passage for American university students. But, I passed the “Freshman 15” in a matter of months, binging on cereal in my dorm room and helping myself to hefty portions in the cafeteria. Late nights at the library called for Chinese takeout all to myself, and post-bar activities usually involved a cheesy nightcap. By the time I graduated four years later, I was 100 pounds heavier.

These episodes of heroic calorie consumption were funded exclusively by my father’s bank account. I was extremely lucky to have family that decided they did not want me to have debt from college, and would cover my finances while I was in studying. I knew this was such a gift, and I studied extremely hard to make use of it — I was ranked among national collegiate scholars, gained honors in my major, and was published before graduation.

Extremely organized and responsible in academics, I didn’t apply the same behaviors toward finances. I had never seen a budget, and I never considered how much money was being spent on food. If I was hungry — and frankly if I was happy, stressed, sad, elated, or any other emotion — I ate. What I didn’t notice until I was too deep was that my eating habits were not normal, and neither was the amount of money I was spending to enable these bad patterns.

After graduating in an XXL gown, I found my way into the work force and my father very gently let me know that his financial support was ending. I assured myself that I could do this “adult” thing, and that I would be alright. I had a full-time job during a tumultuous job market, an apartment, and a car — I felt steps ahead of my peers. However, what I thought was just a college habit of overeating carried over to my new life. In the whirlwind of figuring out how to navigate this phase of my life, my eating habits morphed into something even more disordered — binging and purging.

I watched my money disappear after each hard-earned paycheck. My expensive habit of eating oversized portions now doubled, since I would go back for more after purging. I felt out of control and disappointed in myself that I couldn’t be more responsible. I knew it was unhealthy and a waste of money, but I couldn’t stop myself. My bank account dwindled, barely scraping by every month to pay my bills, all while incurring credit card debt.

Trying to convince myself to stop this behavior became even more difficult when the cycle of binging and purging led to me losing weight at an alarming rate. I felt like I had a handle on my body, that I was “winning,” but truly, I was still fighting a losing battle against my bank account. When I lost those extra 100 pounds in a matter of months, I physically felt amazing. Clothes fit better, I was getting compliments daily, and I was more confident in my skin. I thought this was my secret way I was going to stay skinny, but I was still unhappy.

That responsible and organized part of myself would think about my finances and go into a state of panic. I was living month-to-month, with absolutely no savings, and all my disposable income going to something that was, well, disposable. I decided that I should make a budget and try to fix it. Adept at Excel, I whipped up a spreadsheet and laid everything out in front of me, itemizing every single purchase. When I saw the numbers, I was horrified. The monthly amount I was spending on food was akin to what I was spending on rent — roughly 30% or more of my income.

From that point on, every time I went to the grocery store, coffee shop, or restaurant, I was fighting a battle between these urges to eat recklessly and the part of me that wanted to be fiscally accountable. I knew this was a bigger problem than I could handle and that I needed professional help, but I figured since I was barely scraping by, there would be no money to put toward therapy.

After spending nearly seven years fighting this battle, I am still struggling. I have recognized that I cannot fix an eating disorder on my own, and have started putting therapy appointments on a credit card — digging me deeper and deeper into debt. Every month I attempt to pay off as much as I can, but I feel like I’m barely moving forward in both mental recovery and finding financial stability.

Recovery from an eating disorder is a long and complicated process. I’ve come to terms with the fact that as much as I want to be debt-free and save money immediately, I have to fix the problem that caused my financial stress in the first place. It will be a lifelong battle to manage my mental and financial health, but I hope that I can achieve both for myself and am working hard to get there.