The Financial (& Emotional) Cost Of Getting Bed Bugs 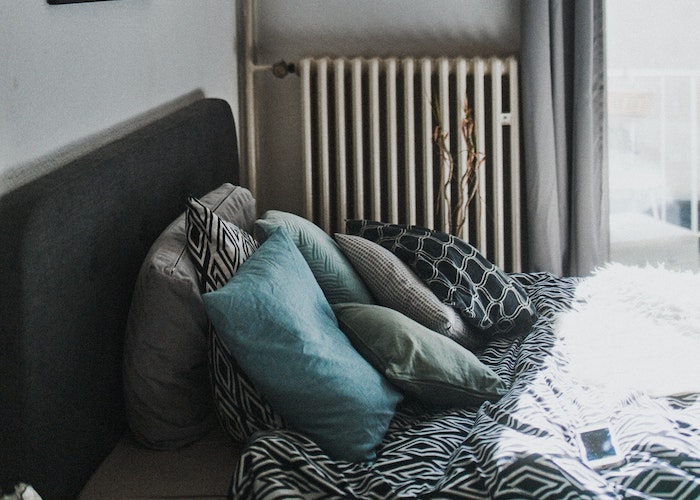 The first thing I do whenever I check into a hotel room is completely strip the neatly made bed. “Double check I didn’t miss anything, and re-check the corners,” I tell my husband, if we’re traveling together. He and I would inspect the mattress, making sure it didn’t have any tiny dark, or rust-colored stains. Then, as though we were role-playing FBI agents searching for bug implants, we’d look for signs of IRL bugs behind headboards, picture frames, and inside night tables, sweeping any and all surfaces around the mattress.

After getting bed bugs in 2013 in my grad school apartment, I’m not here to play.

My first run-in with bed bugs happened after I surprised my husband (then-boyfriend) with a trip to Knott’s Berry Farm. Instead of driving an hour back home to San Diego, where we lived at the time, I booked a cheap motel room near the park, where we stayed for a night. The room was run-down, but it’s not like I hadn’t ever stayed at a budget motel before. Growing up, whenever I traveled with my family, we always stayed at a Motel 6, or whatever was most economically-friendly in the area. I didn’t ever think about bed bugs, the stuff of lullaby myth.

A few weeks later, my husband started to wake up with tiny pink welts that’d appear on his feet, ankles, and arms. We thought it could be the new laundry detergent we bought or possibly even the kitten we’d recently adopted. We took the cat to the vet to check for fleas (she was fine). He started taking Claritin. But the small, red bumps on his skin didn’t go away. In fact, they multiplied. We shrugged it off — he had numerous weird allergies, and it could have been anything. I wasn’t experiencing any reactions, so there was no reason to suspect bug bites — wouldn’t I be getting them too? (Wrong: a 2009 article in the Journal of the American Medical Association showed that only half of the population show bed bug marks.) But one day, I was sitting in bed on my laptop and saw a tiny red-brown bug crawling on my thigh. Then, I noticed a few more. I took a photo and sent it to my husband, and he simply texted back, “Fuck.”

Since it had been over a month since we stayed at the motel, we basically had a full-blown bed bug infestation. Since I didn’t know what to look for, I apparently had missed all the signs, which includes markings in your mattress (bed bug eggs and exoskeletons, along with spots of blood the bugs would leave behind after feasting on your body. Oh, and bed bug poop. I can’t believe I just had to type that.) The situation had gotten so bad, that the bugs would literally follow us around to the bathroom; I found bed bugs in my towels, on the walls, and in my bookcases.

As soon as we finished googling “Help I have bed bugs,” we called a bed bug exterminator, who came and checked out our apartment, telling us what we had feared: Our situation was bad. He gave us two options: The company could come and essentially spray everything down with a bed bug-killing insecticide (you can’t kill bed bugs with regular bug-killer since they’re so resilient and can basically live through an atomic bomb) and this would involve several treatments so that it would hopefully kill the generation of eggs that have yet to hatch. Or, they could zap the entire apartment using heat technology.

The first option would require us to throw out most of our furniture but only cost around $700. The second option would be in the thousands and we’d have to get rid of anything that could melt in super high temps (essentially everything we owned). We chose the first option since we didn’t have thousands of dollars — we didn’t even have $700 — I had to borrow money from my parents.

All of our clothes and accessories (purses, belts, ties, towels) had to go in the dryer for a couple of cycles to kill any bugs that may have nestled their way into the fabric. All other items that were maybe more porous or had a harder-to-clean surface area, like my external drive, iPod, shoes, and remote controls had to go in the freezer for 24 hours. Furniture like nightstands, the mattress, bed frame, headboard — all had to be tossed with clear signage that said “This has bed begs, you might not want to take this home with you.” In fact, my husband slashed the mattress with an X-Acto knife and smashed the furniture into pieces just in case. We lived near a college campus, so it wouldn’t be shocking if a student figured they could score a free nightstand sitting out on the curb.

All of our food had to be tossed (except for anything refrigerated), every dish had to be taken out of the cupboards, and every book had to be placed on the floor (it was a risk to even hold on to these, but I decided to risk it). My husband and I went to go stay at my parent’s house for a couple of nights while the pros fumigated the apartment (my parents weren’t exactly thrilled about being possibly exposed to bed bugs themselves, although we did our best to not bring them with us). My husband told me that a few weeks ago, before we’d known about the bugs, he’d actually noticed one on his shirt at work and he casually flicked it off. It was also possible that the bugs were in our cars (not as likely, since bed bugs prefer to live in places that are constantly occupied by humans — like hotels, movie theaters, and airplanes).

What was so unnerving about the bugs was that they hunted us, tracking the scent of warm, breathing bodies emitting carbon dioxide — no matter where we were. The first night we knew we’d been sleeping with bed bugs, we went and slept in the living room on the couch because we couldn’t bear being in the same room as them. In the morning, I woke up and saw two bugs cheerfully perched on the wall beside me. It felt like a deep violation.

All in all, we spent over $800 for the inspection, several treatments, and a bed-bug-proof mattress cover so that we wouldn’t have to keep replacing the mattress if the bugs came back (which we were told was a possibility). We had to buy all new bedroom furniture, which cost us well over $1,000. We had to replace all of the food we tossed (another, say, $100). I accidentally ruined some of my husband’s ties and a few of my bags by over-drying them (we couldn’t afford to replace them, but the damage was worth at least another $100). That external drive that snuggled up next to a box of Popsicles unsurprisingly stopped working and I had to buy a new one ($100). My iPod, thank the tech gods, still operated after its icy asylum. And then there was the emotional damage. Although it depends on your landlord, my husband and I decided not to ask ours for help, since it was most likely we brought them upon ourselves. In other cases (like if you inherit an apartment with bed bugs, you can usually get your landlord or management company to pay for the treatments — but not always).

A couple of months after our second treatment, we thought we were in the clear. One day, I noticed a bug in the bathroom and burst into uncontrollable sobs. I called the exterminator company, and they came and did yet another round. Luckily, around the same time, our apartment complex announced they’d be tenting the whole building due to an unrelated bug issue (or, honestly, who knows — maybe it wasn’t a coincidence and our bed bugs ended up infesting the entire building. I feel guilty either way to this day). Even though we had to get rid of all of our food (again) and empty out our cupboards (again) and go spend the night at my parents’ with the cat (again), we never did see another bed bug in our apartment.

I don’t like to use the word “PTSD” or “trauma” flippantly, so when I say I experienced bed bug PTSD and trauma, I mean it with every bone in my body. And there are numerous studies that show bed bug victims can sustain trauma for years after dealing with them. For years after the bed bug incident, I couldn’t fall asleep without worrying I had a bug crawling up my arm, or sinking its tiny, microscopic teeth into my ankle. I’d have phantom itches. I’d notice a small scuff on the wall and start hyperventilating, only calming down once I realize it was just a mark from a shoe. I feared hotel rooms (before I book a room, I do thorough Yelp research and check to see if the hotel had any bed bug reports). I still get nervous on planes or at the movie theater. For a while, I thought about buying a specific bed bug zapping bag (you put all of your belongings in it after traveling and it heat-treats everything, killing any bugs that may have snuck their way into your things) but they’re pretty expensive (between $200 and $350).

I wouldn’t say I’ve let my guard down, but the sight of an old mattress on the curb doesn’t give me heart palpitations anymore. And maybe I will ask for a bed bug zapping bag for my birthday next year. With bed bugs, paranoia is your greatest superpower. 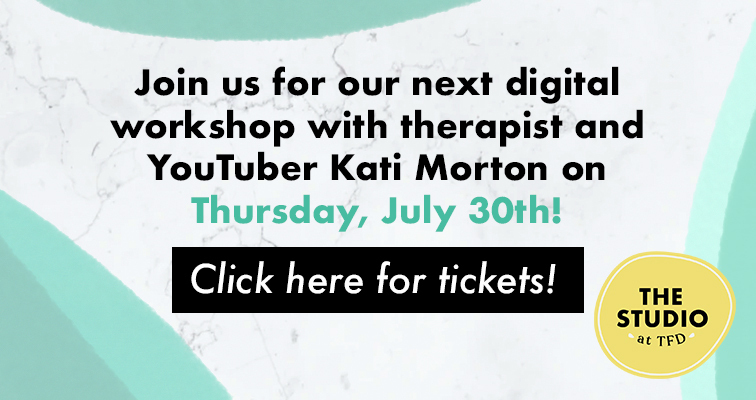