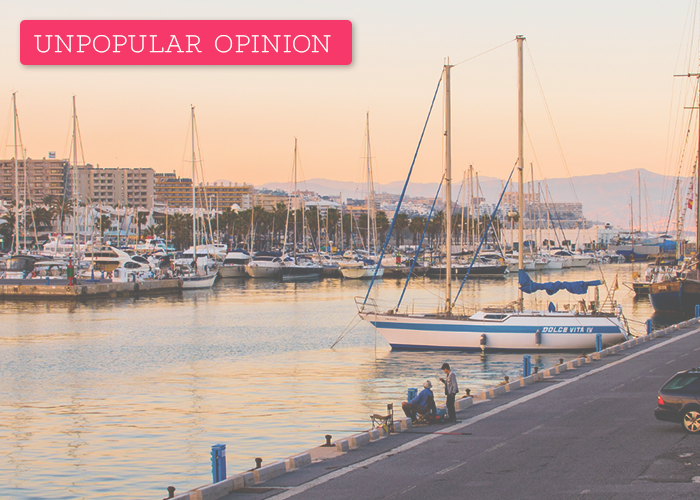 It seems like every other day, there’s a new bootstrapping narrative making the rounds on personal finance blogs. There are many variations on this theme, but it always goes something like this: an average person (let’s call him Winston) is in some sort of dire financial straits. Winston is drowning in frivolous credit card debt, or borrowed thousands of dollars to finance his education at a private college, or graduated into an economy where jobs are non-existent. Winston then realizes a dramatic change is necessary. Winston embarks upon a series of personal changes that generally involve embracing the life of a monk and a near-ban on frivolities like takeout and vacations. He will likely get a roommate (or three), or embark on an unusual living situation, like sleeping in his car or under his office desk. He may also embark on a series of virtuous, profitable side hustles in his downtime from his full-time job. The tale always ends with Winston, now debt-free and financially stable, sagaciously passing on his wisdom to future generations.

Here’s the thing: I like reading bootstrap narratives. I learn a lot from them, and I frequently admire the author’s tenacity, willpower, and overall creativity in getting to their goals. But I also think as a society, we idealize these narratives to an extent that has become toxic. In America, we explicitly tie good financial health to individual decisions; we often assume that being financially stable is the result of excellent life choices and exemplary responsibility for one’s money. And bootstrap narratives — intentionally or not — fuel this view by implying that anyone can be entirely debt-free or financially stable even on the sparsest of salaries by just making more frugal choices.

And it’s true that many of us have been prone to Regrettable Financial Decisions. My own list ranges from the small (many misspent dollars at Forever 21), to the large (like the time I didn’t fully grasp how my health insurance worked and wound up with a $1,000 out-of-pocket charge). And in tough financial times, re-examining your spending and cutting down on unnecessary expenses is absolutely the best first step. But to me, what this mentality fails to highlight is the bigger picture. To me, a larger issue is that we’re living in a time where our basic fixed costs — everything from housing to education — are surging, while wages remain stagnant and interest rates are non-existent. In this climate, it’s becoming harder and harder for everyone to get ahead, but yet, the myth persists that if you’re struggling financially, it’s because you personally are doing something wrong.

And this sanctimoniousness extends to everything — just read the comments of any financial confession! We tell college grads struggling with debt they should have gone to the cheapest state school they could find (and god forbid you’re in debt with an English degree). We tell entry-level workers in big cities to get a few more roommates, or to just go live somewhere in the Midwest they can actually afford. We tell people struggling with credit card debt that if they’d just quit ordering Seamless every Friday night and cooked nutritiously at home, they wouldn’t be where they are. And don’t get me wrong. Of course we should all be conscientious of our debts and overall lifestyle spending. Of course we should encourage our kids to think about the money when choosing colleges, or make sure we can afford the rent before moving to New York or SF. But by shifting the onus entirely onto us as individuals to make the cheapest choice, I worry we’re missing a larger conversation. Why are most colleges so unaffordable for your average middle-class family? Why have housing costs in cities risen to the point that it’s impossible to survive without a million roommates on an entry-level salary? Why do we keep buying into the idea that saving a few hundred dollars on coffee, or takeout, or whatever your particular indulgence is, is the key to financial security when, truth be told, our general cost-of-living is increasing at a much higher rate than that?

We’ve reached a point where asking for a living wage is seen as a radically over-privileged notion. Take the author of this screed, whose justification for telling fast-food workers they don’t deserve $15 an hour is to point out that such a salary would put them at the same level as bank tellers and firefighters who work “real jobs.” And moreover, he mentions that he did not make $15 an hour until he’d spent over ten years working as a rock DJ. Or consider Stefanie Williams, whose viral response to Talia Jane pointed out that she’d lived at home and bartended for years before getting to her dream career. People seem to take a certain visceral glee in comparatively castigating others who dare to complain about the struggles they once endured. The overarching idea is, “Well, I suffered like this once, so if you’re expressing disdain over suffering similarly, you’re overentitled.”

Even more harmful is the idea that because those early struggles made so-and-so a better person in the long run, everyone should struggle when they’re starting out, because it’s a form of “paying your dues,” or a necessary step to long-term career success and financial security. Why does this happen? Part of me thinks it’s a warped coping mechanism. It’s a lot easier to tell tales of the struggles we once endured than to admit that we may have struggled needlessly in the face of a system that’s often stacked against almost anyone who wasn’t born into the 0.001%. Yes, perhaps EMTs should be making more than fast-food workers. But that doesn’t mean that fast-food workers should be making less than a livable wage. And this persistent notion — that others advocating for livable wages or better benefits should be demeaned with tales of our own relative misfortune, rather than supported — is harming us all, in my opinion. While we’re all over here quibbling about whose existence was more monk-like in their 20s, corporate profits are surging, CEO salaries are at an all-time high, and we’re never going to start talking about the real issue: why we’ve allowed a business model to develop that largely channels the vast majority of ever-increasing corporate profits to CEOs and majority shareholders, rather than the workers whose time and efforts make those profits possible.

I get the magic and possibility that bootstrap stories represent. I grew up in the shadow of a formidable one: my dad’s. He grew up very poor in a small town in India, and literally through grit, perseverance, and sheer tenacity, made it into some of India’s best universities on full scholarships, then landed a prestigious job in computer engineering at a time when Silicon Valley was barely starting out. He has made excellent financial choices his entire life, saved and invested wisely, helped finance my and my sister’s education, and was able, at 50, to officially retire to pursue his real passion: farming.

Here’s the difference though. My dad, despite the great success he has achieved, has never once made me feel like I deserved to go through the same struggles as him. His entire life, in fact, has been spent lifting up the people around him, from family, to the farmers he works with, because he does not believe that others should go through what he went through. Naturally, there’s a lot he’s aimed to teach me through his story. Particularly when I was a bratty teenager, he used his own circumstances to point out the comparatively vast privilege I’d been afforded and to set standards for the same sort of hard work and diligence he expected from me. His idea of “paying your dues” is doing the best with the circumstances you’ve been given, but he has never once trivialized my problems because they don’t compare to his early struggles. My dad’s example is how I wish we treated bootstrap narratives. It is commendable and praiseworthy that people have overcome difficult circumstances to achieve financial success. These stories have a lot to teach us about hard work, good choices, and perseverance in the face of insurmountable odds. That does not mean it should be a necessity for everyone to suffer in order to eventually live comfortably one day.

There are a lot of things about our financial life within our control, and financial health (to some extent) is absolutely about making good choices where we can. But I worry that a lot of us are missing out on are the conversations about the things out of any individual’s control — the cost of college, affordable housing, manageable healthcare expenses, and proportionately-increasing wages. It’s telling that my dad’s starting salary in 1991 was actually a few thousand dollars higher than my starting salary in 2014, and on his $40,000/year income, he was able to support a young family in the Bay Area. I pay much more in rent today for a room in an NYC apartment than he did for a whole apartment in Mountain View. In his college years (the 1970s), private universities cost roughly $10,300 a year in today’s dollars; I paid nearly $60,000 a year to attend my private college as an undergraduate in 2009 (luckily with significant scholarships).

We shouldn’t all need aggressive amounts of willpower to make ends meet. We shouldn’t be reduced to cutting out every frivolity, every little pleasure, everything that’s even a bit unnecessary to afford our lives. And the answer to your financial woes as a 20-something shouldn’t be wishing equivalent hardship on the next generation. Perhaps, instead of turning personal financial narratives into unending contests of who-had-it-worse-back-then, we can all just have each other’s backs and collectively advocate for a country in which financial struggle is not a prerequisite for a decent standard of living.