The Unexpected Thing Editors Need To Think About On Every Article 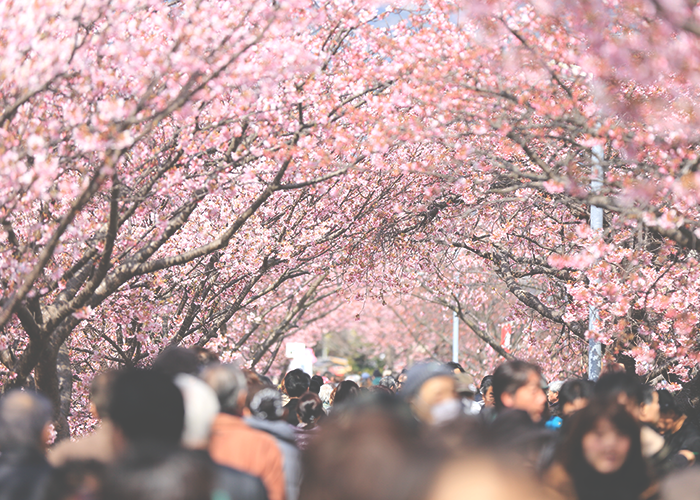 Recently, we (Chelsea, Lauren, and I) have been discussing diversity, or the lack of diversity, in stock photos on the Internet, which was largely inspired by a comment from TFD reader @BattyMamzelle. I think that depending on your background, it’s either noticeable, or decidedly unnoticeable, that the majority of people in stock photos are Caucasian. Even in the photos that only feature a hand — a light, airy hand with a perfect gold watch typing on a Macbook Pro that is miraculously stain-free — it’s a white hand. It’s rarely a black hand, or even a lightly-tanned hand. It’s a hand that gets sunburned if it’s not wearing SPF 50 to the beach.

I have three relationships with stock photos: as an editor who picks photos for articles, as a freelancer who submits articles that other editors choose photos for, and as a consumer reading articles. I also have an interesting relationship to race in general. I’m not white, and I don’t identify as white, but I don’t identify fully as Indian either. My dad is Caucasian and my mother was born in Kashmir and grew up in New Delhi before her family immigrated to Canada. However, because North Indians have notoriously Aryan features, and because I’m also half-white, often people assume when I say, “I’m Indian,” that I’m distantly descended, rather than that I’m someone who grew up with Indian customs surrounded by family members speaking rapid Hindi and Kashmiri to me.

I don’t think of the blonde hair that sweeps magically around a white shoulder in a stock photo as representative of me. And while I don’t take issue with an editor selecting a photo of a white girl for one of my pieces, it’s kind of sad that I don’t push for more diverse photos and instead feel somewhat resigned to the paltry bouquet of blonde girl stock photos.

When I am selecting photos for my pieces or one of my contributor’s pieces, lack of diversity in stock photos does cross my mind. However, Caucasian stock photos are the most readily available, and when I’m trying to finish editing a piece, respond to three emails, find an image, and edit it at the same time, it’s too easy to gravitate toward the one of the perfectly-framed white girl. This is a problem, and I fully admit that I contribute to the problem every time I pluck a photo from the extensive selection of Caucasian photos instead of looking harder for a more diverse image.

I’ve also noticed that I sometimes chose against a more diverse photo because the image feels very inorganic, which bothers me. If I were to try to find an Indian stock photo for every one of my articles, I wouldn’t find many images of an Indian girl poring over a Kate Spade notebook. No, I’d end up with snapshots of Beyoncé in a cleavage-bearing “sari,” white people throwing colors for Holi in NYC, Aishwarya Rai looking gorgeous, and maybe a shot of Cece from New Girl. I edit submissions from a lot of amazing contributors on TFD, and when I produce work from a contributor who is Black, Hispanic, or Asian, I absolutely think I need to be more proactive about finding diverse photos. But I think it would be much more effective if the diversity in photos were not limited to articles written by contributors of color. I don’t want to cherry pick diversity photos just for contributors who aren’t white. I want to see diversity on a larger scale than that, and I want it to look much more organic than a college brochure featuring 19 white people in their crew-neck sweatshirts, and then one black person reading on a well-groomed college quad.

I spoke with TFD Contributor Eva Recinos, who is Guatemalan and identifies as a person of color. When she writes for TFD, I usually select the featured image that accompanies her work, but she also has experience picking stock photos for work she does for other sites. Eva says, “As a POC, I’m used to the standard being something different than my own image, so it doesn’t surprise me that stock photos aren’t diverse. Also, I try to keep in mind that they don’t reflect reality (I mean, some of those photos are really cheesy) and that includes the reality of diversity. I would love to see more stock photos that include POC, so I don’t feel so out of the equation.”

Eva also pointed out that it’s too easy to have a defeatist attitude about trying to bring some change to stock photos, which we both agreed we need to be better about. As a way to change this mentality, she suggests that we need to start diversifying stock photos across the board, as opposed to only for people of color. She says, “I would definitely want to see more diverse stock photos, but I don’t think I want editors to find one of me each time. It would be cool to include my race, and races different from mine, too.”

Personally, I agree with this. If we’re going to have a white girl stock photo represent Hispanic writers, there is no reason why we shouldn’t also have a Black girl in the featured image of a piece I write. Ideally, we would just include diverse photos more often, on more sites — including TFD — rather than only using diverse photos when a POC writes for a site. Lauren shared her thoughts on the matter, from a designer’s perspective:

“As a professional designer, and the individual responsible for the look/feel and design sensibility on TFD, it’s my job to make our site look artistic, creative, and modern. Time restraints force me to rely heavily upon commercial-use stock photography websites like Pexels, Unsplash, and Death To Stock Photos (to name a few) for our featured photographs. The lack of diversity in quality stock websites has long been an issue that has plagued me and every other designer/art director I’ve known. I’ve scrolled for literally dozens of hours on these websites and have been thoroughly unsettled at the complete whitewashing of the content found there. It is so frustrating to know that the photos you are pulling, while stylish and creative/artsy-looking, are not representative of our diverse community of readers. We have had people email us about the lack of diversity before, and it deeply saddens me that we have readers who feel/notice the underrepresentation. It’s something I’m conscious of, and am making a concerted effort to change in whatever way I can. In a perfect world, I would be hitting the pavement each day, going out and shooting images of the passionate, confident, hard-working, and inspiring women around me, all of whom are way more complex and wonderful than a disembodied, stick-thin, white arm could ever represent.”

As we all work to improve on this, I think it’s important to note that this issue is not limited to POC in stock photos. Stock photos rarely represent different body types, or members of the LGBTQ community. As Lauren points out, the white hand typing at the keyboard is nearly always attached to a skinny (and weirdly bony, but never veiny) arm. And if we’re using that woman’s hand for a relationship photo, it’s holding a man’s hand about 95% of the time. I no longer think it’s enough to simply be aware that this is an issue; it’s time to start doing something about it.

If you are looking for place to pull more diverse stock photos from, here are a few sites we’ve found: