The Woman You Want To Be Is Rich 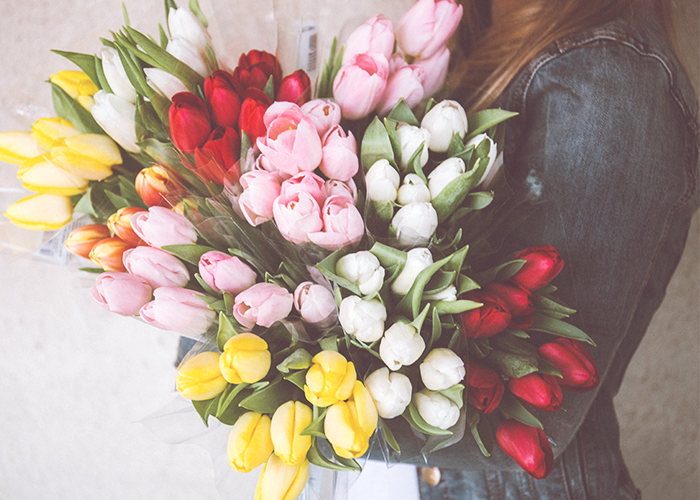 When I started The Financial Diet as a personal blog to track my budget two years ago, my expectations were very low. I was such a complete wreck with money that simply talking about it felt like the beginning and end of the solution, as if I were running out of a burning building and just breathing fresh air was enough — I didn’t have to think about what I would do once I was safe. Over the past two years, as TFD has grown into the thing that dominates my waking hours and defines a lot of my professional existence, my aspirations with money have grown in tandem. I want control, I want fulfillment, I want not to look like an idiot in high-level conversations (which I still very much do, more often than I’d like). Talking about it is a great start, and breaking the silence for new people is something TFD will always do, first and foremost, but once you’ve gotten past that initial fear, you’ve got to build.

And only through building, through knowing more than I did yesterday about money and forcing myself to put it into action, have I realized the truth about what I’ve always seen around me: The woman I want to be is rich. And there is a good chance that, if you were raised in America like me, watching movies and reading books and flipping past pages and pages of advertisements to get to magazine articles that were nearly-indistinguishable from more advertisements, you want to be a rich woman, too. You may not ever think of yourself in those terms, you may not have a hard number in your mind or a plan for how you’re going to get there, you may not even think that having a lot of money is important to you. But it’s what you want, I can promise you.

In fact, you may think quite the opposite: you may think that your goal is to be happy, to have time and leisure and focus on simpler pleasures like nature or meditation. But I have news for you: all of those things are money. All of the women you have seen who feel like they have the lives you want, almost invariably have them because of money. And that is as much true for the Farmer’s-Market-Reclaimed-Wood-Minimalism Queen as it is for the more traidtional, Louboutin-wielding fashionista. They are both rich, both bathing in their financial luxury and freedom, one is just more honest about it.

The truth of being a woman is that nearly everything we do will come at a premium, to exist in the world and be pleasing enough to everyone around us to get ahead will mean paying more, and the less we want to participate in the game, the more money we need. Our toiletries and cleaning products and clothing items are more expensive, yes, but that’s a relatively small cost in the cosmic financial prank that is womanhood. We are financially punished for being a mother (as opposed to a father, who is rewarded). Our natural states are considered unfinished, so we are financially-obligated to improve them. We tweak and wax and primp and maintain, all to rise to a falsely-neutral state of “professionalism.” We often bleed once a month, which will easily cost us tens of thousands over a lifetime, on top of the laughable indignity of periods being something we don’t talk about. Because, gross, right?

So we continue to aspire to an idea of womanhood which is above all this, which frees us by giving us a more pure definition to reach for.

We may find a huge variety in the expression of the women we aspire to be, denoted like limited edition Barbie dolls — the Career Woman, the Perfect Mom, the Fitness Guru, the Nature Girl, the Domestic Goddess, the Fashionista, the Traveler — but we must all come back to the same ultimate conclusion when we try to figure out how to be her: she costs money. To be a stay-at-home mom with a high quality of life is a crème de la crème luxury. To spend your time performatively ridding yourself of possessions and getting back in touch with spirituality requires no debt, lots of savings, and no serious obligations. To treat your body as a second career requires enormous time and energy. To throw yourself full-heartedly into your profession as a mother means someone at home to do all that inconvenient child-rearing, at least much of the time.

None of the paradigms we’re taught to aspire to, or the Photoshopped highlight reels we drool over on social media, exist without an enormous amount of money or time, which are ultimately the same thing.

The women we are taught to reach to — the ones who contort their lives into perfectly-curated displays of motherhood or personal style or culinary ability as part of a “brand” — all must be rich. This used to only apply to the starlets and socialites who filled our TV screens and glossy magazines, but now they are everywhere, surrounding us and (much worse) convincing us that their lives are organic, accessible, and not a full-time job. Scratch the surface of your favorite star blogger, and there is a very good chance you will find the smiling banker husband just out of frame. (Don’t believe me? Try it, seriously.)

The women we are taught to be today may feel superficially like more nuanced and human versions of the celebrities or fictional idols we used to model our ideas of womanhood after, but their underlying truth is the same: they are women of leisure, they are women of financial ease and control, whether that manifests in them navigating a major city in their upscale athletic wear, or chronicling their journey to live in a tiny house with their bearded partner. In order to make the choice to be a certain kind of woman, we must have the means to become her, the means to curate our life in a specific and determined way. Not all aspirational women are as clearly financially buoyed as Carrie Bradshaw, but each of them benefit from an ease in self-definition. They can afford to throw themselves into one thing or another, become a capital-W Whatever They Are, because they have the support to do it.

I used to think that all of the things I wanted as a woman — cooking dinner each night, traveling, having children and a career at the same time, living in a well-appointed home that I loved being in — were simply lifestyle choices, and that being budget-savvy would be my way to get them without ever seeing a particularly high number on a paycheck. But what I’ve learned since starting TFD is that it’s quite the opposite: the version of all of these things that I had in my head were put there and maintained by women who were rich enough to pursue them as a life choice. I may have come of age in the era of social media, where it’s easy to pretend like the luxuries of someone you follow come naturally to them, but we are all playing a role. Behind every woman you envy from afar is almost certainly a day job, or someone footing the bill. If she has made it far enough that her lifestyle is her income, it will have been because of a stroke of good luck or because someone was able to push her up while she climbed over the wall. It’s true of me, and it’s true of every woman I know.

The things I want out of life are going to take money, and the only way to get myself to the level of financial freedom where it’s possible to throw myself into what I love is to work really, really fucking hard right now, and to use everything I have to my fullest advantage. But what I want, because I was raised to want it, and because you were raised to want it, too, is ease. I don’t want to spend my life as so many women did before us, all frayed ends and apologies for not quite being good enough at one thing, because you are attempting to be good at everything. I want the new version of female aspiration, which isn’t the red carpet starlet and her contoured face, but rather the woman who is effortlessly focusing on one thing at a time, because she can afford to embrace it entirely. I want the word “effortless” itself, because I have been deceived into believing it actually exists as a result of anything more than money.

Our options are to throw away the idea of what a woman’s fullest expression actually is, or to get rich enough to embody it. And after two years of thinking about it, I’m honestly not sure which one is easier.