The Worst Types Of Spending I Am Entirely Guilty Of 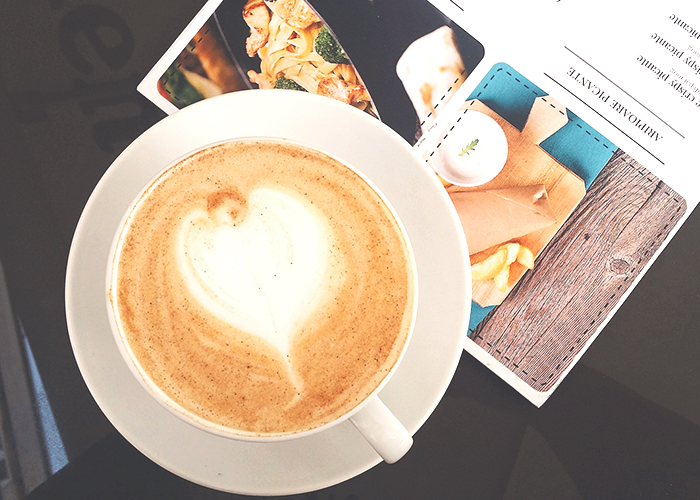 In an effort to become even just a tiny bit more in control of where my money goes (because despite my stress-induced hyperawareness of how much I spend and on what, it still sometimes feels like a mystery when I comb through my bank statement at the end of the month) I decided at some point it would be good to know the types of spending that tend to send me off-budget and out-of-control. These don’t all necessarily apply to me at this point in my life, because I’ve actually (with the help of time, and TFD) gotten pretty good at managing my spending, and managing these impulses. But I do still often notice that certain, specific conditions and situations make me much more prone to impulsive, unnecessary spending than others.

Here, I’ve detailed the five types of spending I’ve been most guilty of in the past. Sometimes, simply knowing where it is that you tend to slip up is enough to prevent it from happening again!

This is the type of spending in which you do the adult thing and properly identify that the purchase is, in fact, unnecessary and not within your budget, but decide that nothing matters because YOLO. This spending is impulsive, and is likely what is keeping a lot of people on the same emotional level as a screaming toddler. As I mentioned, I’m not necessarily guilty of any of this spending so much at this point in my life – but there was a good long while where this impulsive, reckless mentality ripped through my checking account and bled me dry. I’m lucky to be temporarily free of it, but there’s no telling when I’ll relapse, so I try to meticulously budget and schedule the crap out of my financial life so there’s no chance of me making these kinds of mistakes again.

This is one that I’m not guilty of all the time, but when I am, boy oh boy does it sting. I have very specific tastes when it comes to almost everything – fashion, home décor, movies, books, etc. My belongings are very well curated, and I truly love and enjoy every single one of them. That is, except for the few that I bought during times of desperately trying to relate to someone with whom I had very little in common. This ranges from potential friends, boyfriends that didn’t last long for obvious reasons, and sometimes even TV characters that I for some reason aspired to be because they looked cute in that one outfit they wore in that one episode so now I have to have it. But the thing is, buying the stupid anime t-shirt just because the guy you’re seeing is going through an anime phase isn’t going to help you better relate to them. It is just going to help you collect a pile of regrettable crap that you have to sob looking at as you dispose of it post-breakup. Which I’ve done way too many times to count. This is a spending habit that I seem to be over at this point, as I don’t believe I’ve purchased a single item in an attempt to relate to Drew (who is my current boyfriend, and relates to me mostly just because we’re both sleepy and enjoy a good snack). I hope I’ve kicked this habit for good, but nevertheless, it is one I have been guilty of a lot in my life.

I’m not a heavy drinker, and I don’t drink all that often either. But when I do, I’m insanely guilty of forgetting all about my ~money journey~ and letting all of my rules slip aside. One drink is apparently enough to make me feel like ordering another drink doesn’t cost an additional $10, and ordering food that I don’t need to order is also necessary, because it isn’t like I have food at home or anything (that’s sarcasm — I always have food at home, especially enough to prevent myself from buying $15 sandwiches when I get alcohol-induced night hunger). A prime example of this: last night, I didn’t eat pre-bar because I didn’t feel like it (dumb, always eat first), and consequently got quickly tipsy off of one drink. Quickly-tipsy Mary has an incredible talent for convincing herself that she needs to buy a veggie burger that costs fifteen bucks (and she won’t really eat anyway, because who really wants a veggie burger?), even though she was reminded multiple times by her actually-smart boyfriend that she should have eaten at home beforehand. For shame, tipsy Mary.

This is one I’m a professional at. I’ll be so confident about my budget, and have planned out pretty much every place my money is going to go for the next x-amount of days, weeks, or months. Then someone comes along with a proposition, such as “we should go see a movie”, and even though I don’t want to (nor have I budgeted in that expense), I shrug my shoulders and say “eh, sure”, and then go waste my money on the thing I can neither afford nor care at all about doing.