The Financial Confessions: “I Got My European Dream Job, And It Ended Up Ruining My Finances” 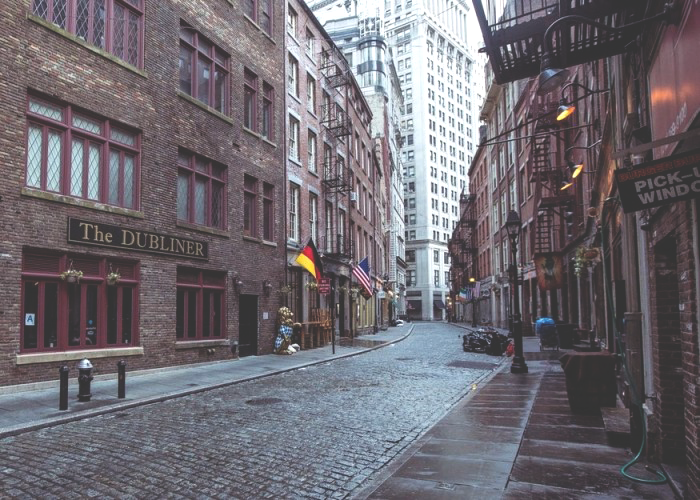 “For the four years I lived in New York City, I had a credit card balance of anywhere from $1,000 – $2,000, sometimes more. I worked in publishing, a notoriously low-paying industry, and even though I also worked part-time retail jobs on evenings and weekends, I couldn’t pay down the debt.

I felt like my social life depended on money. I would rather put a $50 dinner or bar tab on my credit card than admit I couldn’t afford it. And since I was raised by a single mom and didn’t grow up with a lot of money, I tried to make up for a lifetime of being very, very money-conscious by pretending that I didn’t need to be anymore. I was ashamed of my financial reality, and my past: I was surrounded by people who came from different backgrounds, and often had access to parents who were financially supportive. I should have spent the money on a therapist, but instead I bought shoes and cardigans and rounds of shots.

When I finally got sick of being constantly stressed about rent and bills, I started applying for jobs that I knew would pay higher than anything at my current level in publishing. I landed a position as a copywriter for a hot new startup that paid almost double what my previous job did. I started going to work at a sleek, modern office overlooking the Hudson. There was free lunch, free beer, and new friends. I started paying down my credit card bills in monthly installments. I felt like I was almost out of the woods.

And then I got offered the opportunity to move to Berlin and work for my company’s European headquarters there. It was the chance of a lifetime and I took it, despite the fact that I was still carrying debt in US dollars. My salary would be converted directly into Euros, and since cost of living would be much lower, I would have more to put towards bills. I was given a relocation budget of around $6,500 and connected with a relocation agency in Germany.

It turns out that $6,500 is a woefully inadequate amount for a transatlantic move. And I could only access it by filing for reimbursable expenses, so I had to front a lot of large costs and then wait for the company to pay me back. My credit card balance doubled. I drained the tiny amount that was in my savings (about $300) when I got to Berlin, and found out that retailers and other businesses rarely accept credit cards of any kind, only German bank cards and cash.

I used up the entirety of my relocation budget securing an apartment — which came along with a hefty security deposit of three month’s rent. On top of that, I was getting paid in only in US dollars until my work visa came through. I had a mortifying moment in a grocery store when my bank card was rejected (low balance) and a very long line of people glared at me while I pleaded with the German-speaking woman at the checkout to try it again and again (they didn’t take Visa). I ate pretzels for dinner a lot. Luckily, beer was insanely cheap.

After the first two months, things got better. Because there was basically no way to run up a credit card bill, and because my rent and expenses were vastly lower than in NYC, I was starting to make progress on my other bills. I had a savings plan. I felt the load lighten.

And that was when my company announced that they were closing their European offices, laying off around 200 of my colleagues effective immediately, and transferring me back to NYC within the next two months. I was shocked, devastated, and completely exhausted. I loved Berlin dearly and didn’t want to leave, but also didn’t see how I could stay without a job, or any German-language skills. I begrudgingly made plans to move back to New York (and at least into the arms of some very supportive, albeit very confused, friends).

Of course, a few weeks before I was supposed to move back, this very same company laid me off — along with half of the New York staff. I spent about 24 hours crying and chain-smoking. And then I found out about the sizable, please-don’t-sue-us severance package I would be getting, in addition to an extra month’s salary because of a notice clause in my German contract.

As soon as I got the money, I paid off my credit card bill in its entirety. I used the rest to continue living in Berlin, hunting for jobs and watching a lot of Twin Peaks. It took three months, but now I have a job at a small European startup, and a work visa that will allow me to stay in the country until 2017. I don’t make very much money by New York standards, but what I do make goes a lot further. I’ve also gotten infinitely better at budgeting, and I spend responsibly. The culture of consumption is much different here; a lot of my friends make similar salaries, and I know I can be honest when I can’t afford something.

I wish I could say I have stayed totally debt-free, but I am currently paying off a credit card bill that was the result of taking a trip through France and Spain with my best friend from NYC. It’s a manageable amount though — and I don’t regret a single mojito.”