The Financial Confessions: “I Racked Up $13K In Credit Card Debt, And I Have Nothing To Show For It” 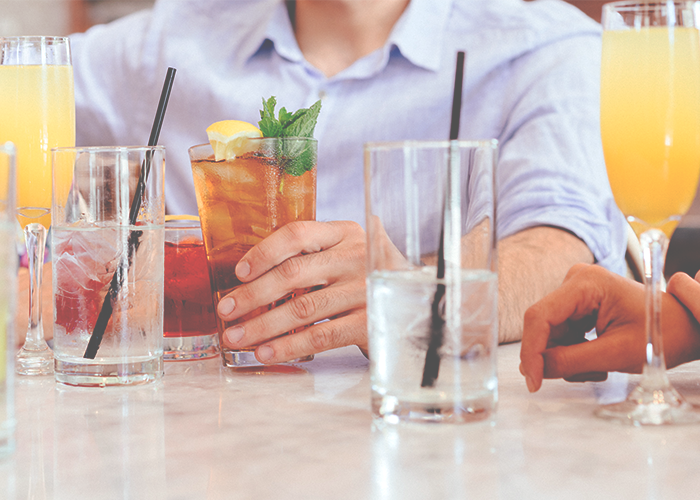 “I got my first credit card literally the day I turned 18, and it was love at first sight. It was a silver Visa with a $500 spending limit, and it made me feel immediately like I was this big, fancy adult. It was the first time I’d ever had any money that I didn’t have to earn (and the money I did earn up to that point was almost nothing, because I worked crappy teenage jobs and they all went towards my tuition), and the rush of being able to just go out and buy something was totally overwhelming.

I spent most of that first $500 in a single day at Nordstrom’s, and paid the minimum on it after that, watching the interest tick up (it was a really predatory card that basically doubled in interest every few months, it was ridiculous). Around the same time, my parents gave me a cosigned “emergency card” for college that had a $5,000 limit. (I don’t know why they didn’t think this was too high, but they applied for it before I messed up with my Visa, so I assumed they just didn’t know how irresponsible I was already being). The “emergency” card got its first use when I bought plane tickets to Europe for my spring break, which I told my parents was being covered by the school for a club I was in.

I got another card shortly thereafter — yes, my third one — with a $2,000 limit, which I started using to pay my first Visa (which was now racking up insane amounts of interest from paying the minimum for so long), and the rest of it I used for “going out.” I literally looked at that third card as my “going out” card. Part of me doesn’t know why I was able to get away with so much stuff with banks, but I went to a cheap, in-state school, and through a mix of scholarships, savings, and my parents’ help, I didn’t have to take out student loans. So that, combined with my parents’ good credit (they weren’t upper-middle-class, but they were always very smart about money), I never really had trouble getting a credit line.

The thing is that I wasn’t a shopping addict, and I didn’t want to have a $5,000 purse or something that my parents wouldn’t let me buy. It sounds stupid to say it now, but almost all of my $13,000 in debt came through totally ridiculous things like drinks while out, taking taxis instead of the bus, and going to restaurants. The rest is a combination of two trips, and a SHIT ton of interest.

For the first few years of having credit cards, I was pretty good about paying at least something every month, usually above the minimum (I was working as a waitress at a popular restaurant in college, and it gave me enough income to make payments regularly, but it meant that I saved basically nothing). I was irresponsible in the sense that I liked the rush and the freedom of just saying “I want this” and buying it without having to earn that amount beforehand, but I always made sure to keep it under control. I just loved the idea of always having money and access to things, and I hated having to think about it. I didn’t want my parents finding out, and I didn’t want to admit that I had a problem with credit, so I just kept being the least amount of responsible possible.

But then I took out my fourth credit card (I know), this time with a store, and I did all of my Christmas shopping on it my senior year of college. I told everyone that I could afford these gifts from my waitress job, but the truth was I hadn’t had a shift since Thanksgiving, and I had just racked up $600 at a nice department store getting everyone gifts to feel like I wasn’t slipping behind. Honestly that was probably a response to me starting to panic — opening up a new line of credit always made me feel like things were okay, like I was still a trustworthy person and I wasn’t going to get in trouble.

That’s when I started throwing out my bills, and dodging phone calls. I went into a panic, and got really depressed, and for about six months (of unemployed job searching, and living on friends’ couches while I pretended to have my shit together in my new city), I just ignored all of my problems. I knew that my interest would start racking up quickly and I would have to face it, and that it would be way worse because I was ignoring it, but I was just too humiliated to admit what I had done. And sure enough, they started hounding my parents for the money (on the card they had cosigned), so when I got a call from my dad’s number out of the blue I just burst into tears, because I knew what it was about.

That was a year ago now, and now I can proudly say that I am getting out of debt. I worked out a plan with all of my cards, and pay the most I can every month to get them down. I have a job in my sector (thank god), but I also waitress at night at a chain restaurant four days a week, and all of that money goes into paying my cards. My parents were furious with me at first, but now things are much better between us, and even though I live with them (to save money, which means I have to commute 2 hours total each day to get to the city where I work), they generally leave me my space now. They don’t fully trust me with money, but they at least know that I am not getting myself into debt again.

Honestly the part that makes me most upset about all of this is that I have literally nothing to show for it, not even a nice jacket or something. I don’t know if it would have made me feel better if I at least had a bunch of designer clothes or a car after all of that, but it’s really frustrating to pay bills every single month (I try to pay a total of $500 at least, more if I can), and know that it’s literally all going to things I can’t enjoy or hold in my hands. It’s all drinks I don’t remember, or a flight that I could have saved up for. I know that many people have student debt that is way more than what I have, but credit card debt is its own unique form of shittiness, and I don’t wish it on anyone. Because it mostly means that, on some level, I can’t trust myself financially. For a long time, I have to treat myself like a child and prove that I’m not going into bad habits. And if I could do it all over again, I would have never gotten that first card, because it wasn’t worth it.”