By The Financial Confessions | Wednesday, October 29, 2014 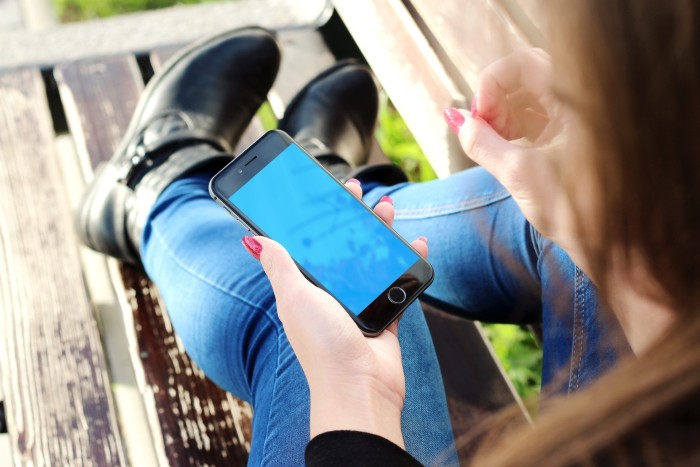 “I want to start by saying that I have a good job, and a place to live, and parents who would take care of me if things ever got really bad. I know that I’m luckier than most people, and that in the grand scheme of things, my problems are much better than most people’s. And I don’t think ‘oh, poor me’ or whatever. I just want to talk about it, because I never do, and honestly it feels good to just write down all the things that are going really shitty right now.

I live in New York (for the record, I know that this in and of itself is a bad financial choice, but it’s where my job is and I’ve lived here for almost ten years). I work in advertising, but not in one of the really flashy or well-paid jobs. I spend most of my day making spreadsheets and sending reminder emails to people. I live in a small apartment with a roommate in Midtown Manhattan, and I have a black cat with one white foot who is the love of my life.

I’m single, and I haven’t had a serious boyfriend since I was 26. And I don’t even really need someone (I like being alone, and have had flings every now and then), but the fact that I don’t have a relationship makes me feel worse about my financial situation, like on some level I imagine this would all be easier if I was dating someone. And the fact that I care makes me feel worse about myself, like why should I care? What does having a boyfriend have to do with my personal financial problems? So it’s basically a vicious cycle, but I felt compelled to talk about my singleness. So there you go.

(Oh and I actively only will date guys who make over a certain amount of money, which is part of why I’m still single, and also makes me feel like a piece of shit.)

I’m in a lot of student debt. I owe a total of about $70,000 and because my salary is decently high I have to pay back a ton every month. I am almost 30 and live in a shitty apartment with a roommate, instead of in my own place (at least renting, if not owning) because I have so much debt. I will basically never own a house, or save up any serious money, unless I marry rich, and I know this.

My friends are mostly from college or my industry here, which means that most of them are really well-off compared to me. I went to a really expensive school full of rich kids. Fuck it, whatever, I went to NYU (for my undergraduate and master’s), so most of the people I knew there have some money. And most of the people in my industry came through internships, which often had little or no pay, so they had the ability to work for free for an extended period of time. So they’re mostly rich, too.

I come from a normal family from Indiana and got partial scholarships and grants, and took out the rest in student loans, because I was convinced that it would land me a really good job right out of college. The truth is that I struggled for a few years after college, and eventually worked my way into my current career because I lucked out with an ad I found on Craigslist. (It turns out not everything  on that website is sketchy, apparently.) I don’t really regret my degrees, because there is nothing I can do about it now, and I had a good time. But I regret spending so much time in a mindset that I had to pretend to be like everyone else, even when I wasn’t.

In New York, at NYU, at my job, I was/am surrounded by people who don’t have to worry about money. They don’t have to take things seriously, or pay an entire additional rent’s worth of money every month to repay debt. Their lives are just easier, and they can go out all the time. For so long, I went out with them. I went shopping, and got drinks, and went on vacations. And this went on for long enough that I defaulted on my student loans for a while. I just started throwing out the bills, and going out to forget about it. It got really bad a year ago, to the point that I found out when I tried to get a different apartment on my own that my credit score is about as low as it can be. I basically broke down in front of the realtor and told him that I had a problem with spending, and that I didn’t know how to manage my money.

I started repaying my debt, and I am back on track, and IT FUCKING SUCKS. But the worst part is that even though I don’t go out much anymore or buy as many clothes, I don’t have the heart to tell all my friends about it. I don’t know how to tell them that I have tons of debt and can’t live the same lifestyle as them, because I feel like they’ll judge me, or not want to associate with me. I even have nightmares where I lose my job because I “don’t project the right image.” So no one knows that I am just barely making ends meet, and spend my nights surfing sugar daddy sites, debating the pros and cons of dating some 60-year-old who will wipe my debts. (I have actually measured the amount of time I will be still desirable enough to do this.)

So basically, I am a mess. And this city sucks. And it felt good to type that out.”