All The Times Being Shy Cost Me Money 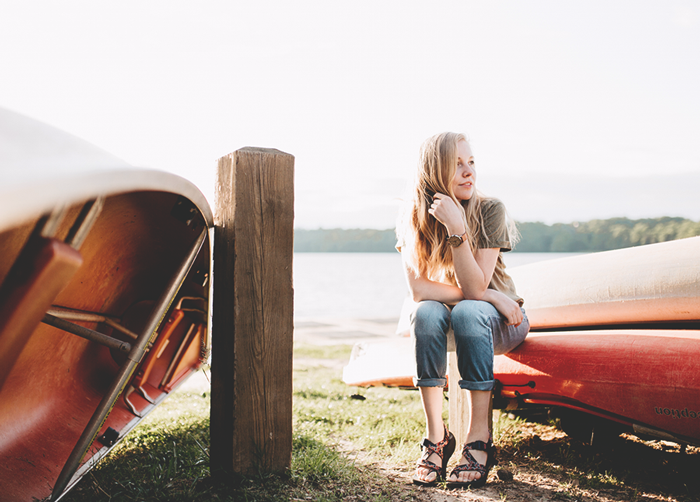 Look, I’m not saying introverts aren’t real. They absolutely are, which is why there is practically an entire genre of internet writing whose purpose is to justify their existence. However, too often the term “introvert” is incorrectly used to describe a person who isn’t merely embracing a preference for solitude, but rather, experiencing straight-up shyness. Basically, the difference between the two terms comes down to this: Introversion is a preference, but shyness is not.

To me, at its core, shyness is a manifestation of insecurity. It is the small voice in the back of a person’s mind that says they are not deserving of whatever it is they want, and therefore they shouldn’t even try to go after it. And I get it. It can be difficult to talk about shyness because of how deeply it is linked to mental illness, and because there exists a cultural tendency to stigmatize such as a form of rigid and inherent weakness. But for many years, I avoided confronting my own lack of confidence because I didn’t want to believe I was the only thing standing in the way of exercising my full potential.

Instead, I hid behind the label of “introvert” because it was much more socially acceptable to brand myself as someone who enjoys books and quiet time alone rather than someone who’s afraid to start a conversation. It wasn’t until I noticed how often I was getting screwed over, or how I casually wasted money on things I didn’t need to avoid awkward situations, that I realized I was anything but content with my meek tendencies. Because ultimately, my shyness was not a personality trait that made me unique or mysterious. It was a very real condition that hindered my social and professional well-being, and it took me years to develop the self-assurance I needed to overcome it. But worst of all, I can recall several specific situations where it even cost me actual money.

And while I don’t want to ruminate too much on my past, I believe reflecting on these instances is a great way to see how far I’ve come. I can only hope that as I look back at these mistakes, they can serve as a reminder that more often than not, we have the power to change more than we think and act. Here are several examples of where my shyness ended up costing me:

1. Ordering Shit Online That Could Have VERY Easily Been Purchased in A Store

Between 2011 and 2013, I spent close to $1,000 on shipping fees alone from various stores that were within a 15-minute driving distance from my house (and honestly, if I had the records to my old e-mail account, chances are that number is double that amount). Yikes. This all began during college when I began ordering everything from my wardrobe to my dinner online because I felt comforted by the idea of having zero external pressures on my shopping experience. I used to dread browsing through department stores, only to have a super-friendly sales associate approach me about starting a fitting room. This is because 95% of the time this small gesture led to said associate encouraging me to try on way more than I intended, he/she telling me how FAB I looked in the items they recommended, and consequently, me overspending out of a fear of disappointing them.

The key word here is FEAR. There is absolutely no rational reason why I should have been concerned with a sales associate’s personal opinion of me during a 20-minute interaction, yet I was. This was caused by my immense preoccupation with wanting to be well-liked by everyone, even complete strangers. Unfortunately, eliminating the middleman from my shopping process did very little when it came to minimizing those external pressures I mentioned. Between the added shipping costs, and the tendency of internet ads to upsell as well as any sales associate, I ended up spending more frequently than I anticipated (what can I say, these were pre-reading TFD days). But even worse, it kept me from developing an essential life skill — how to deliver a firm, but respectful, “no.”

2. Not Participating in Networking Events

This is difficult for me to admit, but for a long time, I genuinely believed I wasn’t worthy to talk to adults in a professional setting. As a result, I immediately turned down countless invitations to networking events without even considering how they could benefit me. You see, I envied my classmates who arrived at college already equipped with an armada of LinkedIn connections to their chosen industry before the first class of the year even started. I thought my humble upbringing didn’t stand a chance.

Obviously, this couldn’t have been further from the truth, since many of the people attending these college-sponsored events were usually of the same level of experience as myself. But when extreme self-consciousness meets jealousy, it’s a self-destructive combination. In the end, I’m the one who chose to pass on potential job opportunities and genuine connections (not to mention the free food) when they were placed right in front of me. Bottom line: you can’t put your foot in any door if you continue to build walls around yourself.

3. Thinking it’s Okay to Let EVERYTHING slide to avoid confrontation

Sure, some things in life aren’t worth making a fuss over. I don’t mind picking the pepperoncinis off my sandwich when the deli counter messes up my order, but others can be quite costly. I’ve had a subscription and a billing error lead to multiple $35 overdraft fees from my bank, and before I knew it, $200 of my money was going toward absolutely nothing. UGH! I have also had even more serious things happen, like when a former roommate once thought it was cool to be late on paying their share of the rent, thus resulting in a massive late fee from our landlord.

The common thread between each of these shitty circumstances is this: I probably could have fixed it if I just said something. It’s a massive relief when you discover that most people you encounter do have good intentions and aren’t out to get you. There is absolutely no reason to pay for a meal you didn’t order, a package you never received, a fee you weren’t warned about ahead of time. All of these are things I am guilty of paying for, only to be the one screwed over because I was too afraid to reach out to another person and express my concern. When I finally learned that the WORST thing a customer service rep, waiter, or manager can tell me is “no,” I stopped being afraid and have saved hundreds of dollars since.

4. Not Speaking Up When I Knew I Deserved More

A few years ago, while working as a barista, I learned my 16-year-old male co-worker with zero work experience was earning $1.50 more per hour than I was. I was stunned by this revelation, because I had been tamping espresso at this spot for more than two years without even the faintest hint of a raise in sight. In most cases, the solution should have been obvious: Duh, ask for a review. So what did I end up doing? Absolutely nothing.

I know. It’s not the ending you were probably hoping for (though in my fantasies, I stormed into my then-boss’ office and slammed my apron on their desk in a caffeinated rage). But 21-year-old me was way too terrified to ask for anything because I didn’t think it was worth it to make any waves. Even though I knew this was totally unfair, I convinced myself that my teenage colleague was earning more money simply because my employer liked him better, and that people with big, fun-loving, personalities like him (whatever that means) simply had some magic quality I didn’t. I continued to work at that coffee shop for six more months after learning of the discrepancy. Based on what my work hours were, this means I missed out on close to $1,000 in income I should have been earning, if he and I had been compensated equally.

My biggest takeaway from this specific experience was I learned that what happens to others typically has very little relation to what happens to me. The truth is I should have asked for a raise long before I learned about my coworker’s wages (which I normally wouldn’t have found out anyway, but the dude didn’t understand pay privacy laws). I was only hurting myself by fixating on why I was earning less, when I should have focused on how I could convince my boss that I deserved more.