To The Girl Who Wants To Marry A Rich Man 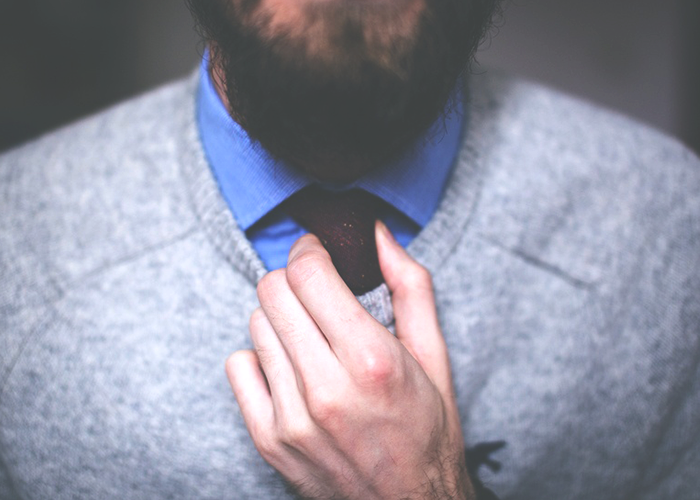 A while back, a woman reached out to me through my TFD email to talk about how happy she was to see a website where young women could talk about personal finance in a real and honest way. “I wish that this had been around before I got married — but there wasn’t even internet when I got married,” she said. She told me about how she had been one of three sisters in a very traditional New England family, and the expectation had always been that she would marry someone with the financial means to support her and grow the family wealth. She was raised upper-middle-class by very status-conscious parents, a 50s housewife mother and a distant father. “It sounds bad now, but it was just the way things were at that time,” she told me.

Though she wanted to remain anonymous, she told me that I could convey her story, which was, in its shortened version, the following:

She went to college, as was expected of her, and got a degree in psychology. She graduated with top honors, and even started grad school, but dropped out before she graduated because she married a wealthy man. He was from a good family with a substantial refrigeration business, and was set to take over his father’s company after working underneath him for the first part of his career.

Their marriage was good but never great, and while she felt extremely secure and safe, she was never truly “passionate” about the man or the relationship itself. “We never really had much in common,” she said, “but I admit that I was overtaken by the kind of life we could live together — my parents were so happy for me and I was thrilled to be in this part of society. The excitement over material things obscured our problems for a long time.” She had worked, briefly, in her field, but stopped working as soon as she had her first child at 28. She had two more over the course of ten years, and by the time she was in her early 40s, it was clear the marriage had more or less dissolved. He was constantly traveling for work and, although she couldn’t prove it, she suspected that he was having affairs. She, too, started going on dating websites when home alone, never meeting anyone in person but sending messages just to feel that attraction and attention.

When she finally asked for a divorce just before their 20th anniversary, she says, it got messy. She wrote:

“He had all the money, which meant that he had all the good lawyers and the ability to keep things tied up in court for as long as necessary. I couldn’t prove he had done anything to violate our marriage, and as soon as he understood that I was really leaving (I had threatened to leave dozens of times over the years), he cut off access to the accounts with any real money and left me with just my checking account and one credit card with a $5,000 limit. His reasoning was that he had always earned the money, so it was his prerogative.

His family, who didn’t want me to ‘break up the family,’ was equally adamant in me not getting anything near what I was due. I was advised by the lawyer my parents helped me engage that I should settle out of court with them and save myself a lot of money and headaches. We ended up with joint custody (which I was happy about, because he had always been a good father, if not a good husband), and me with not very much to live off of compared to my former lifestyle after all the bills were paid and the children taken care of.

He did not want me to leave but, more importantly, he did not want me to live the kind of life I had with him by myself. He told me several times in explicit terms that my life would never be the same without him, and that I could kiss [nice cars, big houses, shopping trips] goodbye.”

With very little professional experience and a degree that had been unused for over 20 years, she found herself working retail to make ends meet and living in an apartment about a fifth the size of her old home. And while for many readers, this can read as a “poor little rich girl” story, which she knows. She acknowledged that she was privileged to never have to worry about money for so long, and to have had the option to suddenly worry about it — many people must stay in relationships, regardless of emotion, because they have financially no other choice and separating would mean mutual destruction.

But she wanted me to tell our readers what she learned, because she says she’s shocked to see that, despite the huge strides women have made in our generation, many women still desire that wealthy man. She told me that she once even heard her teenage daughter saying she wouldn’t ever marry a guy who didn’t make as much money as her dad.

And about why women should reconsider their desire to marry wealthy, she said,

“Being dependent on someone else financially is not a positive thing, and sometimes it just happens to be that way, but seeking it out is a mistake. There is a difference between building a relationship on mutual respect and then deciding, for whatever reason, that one of you should not work, and seeking out a relationship where you’re taken care of. Because even if it does work out for a while, you will be trapped. You will be trapped by the power they have on their side, and the decisions they get to make, and the fact that, if and when you re-enter the workforce, you will be competing with 22-year-olds, and no one will want to hire you. Trust me, to be pushing 50, working in a retail store, and on dating sites is not something I’d ever wish on someone. And there are many, many women like me.”

I asked her what advice she would give to a woman who dreams of being wealthy, but doesn’t think she could ever achieve it on her own.

“If your specific goal is to be wealthy, I would say spend some time working at a shelter or a center for abused women or drug addicts. Spend some time with people who would give anything for your normal, boring life. Your perspective will change immediately. Volunteering at my local shelter has been the one thing that’s saved me since my divorce. It’s made my life seem wonderful, even with all the bad things that have happened.”

And for women who have married wealthy, but are not wealthy themselves:

, little tiny bits. If I had done that with even a few dollars a week when I was first married, I would have had a serious nest egg to take care of me now. Wealth is something that you accrue, and unless you are born into a rich family, it will probably take you a while. But never give up your options, never forgo your own personal accounts, and don’t abandon your career if you think you’ll want to work when your kids are older. Find a way to stay in the game.