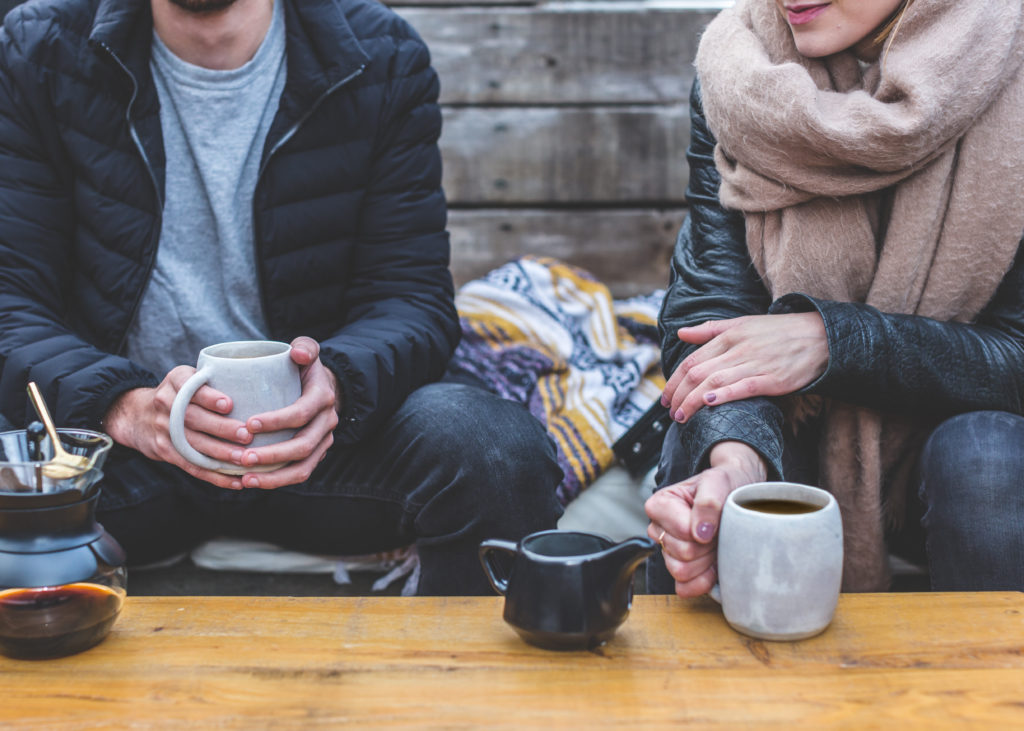 Back in “the good old days,” men were the breadwinners, and we ladies were nice-to-have arm candy, reproductive systems, and homemakers. We had no access to finances, couldn’t apply for credit cards, couldn’t own property. If we weren’t married off to a well-endowed gentleman (ahem, financially) we were SOL. As for our male counterparts, generally, if you weren’t a viable “provider,” good luck winning the girl, schmuck.

Thankfully, a lot has changed in the past few decades. Women are now making up almost half of the workforce, and while we’re still earning Ladybucks, that wage gap is slowly but surely going to close. We’re independent and capable, and the pressure should be off men to support their partners. Dating a man who doesn’t make much money should be way more normal for everyone involved.

Despite this change, there still seems to be a conflation between masculinity and bringing the bacon home — and not just because it’s bacon.

This frustrating fun-fact has become a frequent issue for me, especially now that I’ve experienced first-hand the fun of millennial dating. I’m not going out and flaunting my shred of business and finance savvy anywhere (you know, aside from my blog), but eventually, things will come up in some way or another.

For instance, back when I was renting an apartment, one gentleman offered to pick me up for date #3+. When he arrived, he commented on the apartment complex I was in, thanks to the gaudy fountain and fancy-pants driveway setup (totally wasn’t killing that stealth wealth game there).

You must have a lot of roommates.

Are your parents helping you out?

So what is it that you do again?

It’s awkward. It’s awkward in part because I feel like it’s embarrassing — like I’m trying to out-man the fella by showing off a flashy life, even though in reality I just wanted to live biking distance from my office and had to scramble to find a new place during the holidays. It’s also awkward because, at least with some of the guys I’ve met, it makes them uncomfortable to know that I’m able to support a life that may include such unnecessary swank.

And the reality is, while #NotAllMen will huff and puff or be threatened by a woman who out-earns them, there are still those who take it as a personal blow. Even worse, other men will give these gentlemen hell about it and make them feel bad about themselves:

Luckily, since moving into my own house, that awkwardness is at least delayed. There’s no ostentatious fountain out front, and everyone can assume I’m renting like any other Los Angeles millennial.

But the reality is I’m proud of all the things I have going for me, and that includes the house milestone, my job, my opinions…

You can bet I’m open as hell about my political leanings on date number one, my (lack of) religious leanings, my egregious ideas about women being people, and whatever else comes up. There’s no surprise that the unsolicited feedback I’ve gotten on first dates is “you’re (very/too) honest.” But is there any point in hiding things from potential suitors on the off chance they’d be uncomfortable? What’s the point of dating if you can’t be honest right out of the gate?

There will come a day when I meet someone I like enough to share my, I don’t know, blog. Or frustrations with my mortgage, assuming those come. Or goal of early retirement. At some point in my life, this is going to come up again, and it’ll likely be just as much of an awkward conversation as last time. The only way this will become less awkward or taboo is if we, as a society, can stop thinking of men as the “providers.”

Money isn’t a direct product of testosterone, and shouldn’t be treated as a gendered tool.

Another insidious way I’ve seen this form of sexism deter happiness is this idea is this: if a man can’t “take care of his woman” (god, I hate that phrase), then he doesn’t deserve to date one. An otherwise very progressive feminist friend of mine internalized the idea that, because of his nontraditional profession, he wasn’t worthy of a romantic connection. He was taught at a young age that, in order to have a romantic relationship, he would have to prove his value by being able to financially support another human being. No stable income, no companionship.

It’s time to confront this. I don’t expect it to suddenly become polite to talk about money early on, but let’s at least get comfortable with the idea that women can do well — sometimes even better than their romantic male counterparts — without it threatening anyone’s sense of masculinity. We are thriving, just like men.

I grew up with two parents who treated each other as equals, and are equals, but if I had to guess, I’d say my mom is more career-oriented and perhaps even out-earns my dad. I grew up with a role model who is an incredibly smart, powerful, and successful woman. And guess what? My dad is absolutely every bit as much of a role model to me, even though he might not be the chief breadwinner of the household. Neither his identity nor masculinity is in any way threatened — in fact, he is passionate about her profession, success, and talent. He’s damn proud of her.

I get that this isn’t everyone’s idea of normal — but it will be, and soon.

We women are out in full swing and that wage gap is closing. I’m not saying that all women will out-earn their male counterparts — nor should we, just for having the second X chromosome. But I am saying that men won’t have to be the default provider anymore. (Especially now that so many “normal” relationships are no longer traditional, heteronormative ones.)

And I’m willing to bet that’ll alleviate some of the pressure men feel.

We don’t need the man to financially support us. Relationships now are about more than a transfer of property ownership and a cushy shared nest egg. Trust that if you find someone who likes you, maybe in this day and age, it can be about more than just free dinners and a safety net.

So let’s do away with the awkwardness and drama. For us ladies, no more expecting men to foot the bill. No more MRS degrees. But also no more shying away from being successful. For the guys, embrace your successful lady. Don’t embarrass your friends if they’re splitting the bill, don’t second-guess your personal value because you don’t make six figures, and try not to belittle our jobs by insinuating that women can only be successful if they look a certain way. Let’s all take a page out of my mom’s book and own our success, and let’s also take a page out of my dad’s book and truly support our partner’s success. It’s time to grow up and treat each other as equals, historical and cultural norms be damned.