How I Wasted My Emergency Fund And Charged $2,000 On My Credit Card In One Day 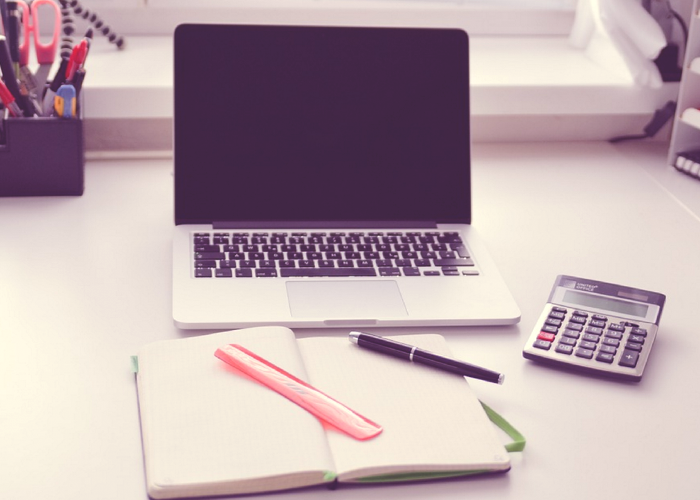 As you may or may not know, I’ve only been TFD’s Media Fellow for a few weeks now. This means a few different things:

1. I am not exactly great with money. I made a lot of mistakes.

2. I only recently begun figuring out what the job requires – one of those things being a fully-functioning computer.

These two points are very important for the story I am about to tell. But we have to start a few months back, at the the Apple Store in Trumbull, CT.

My then-boyfriend and I had rushed my ill, eight-year-old MacBook Pro to the genius bar for some much-needed rehab. After deeming it a lost cause, the sales associate tried his darndest to convince me to buy a new one. He said that in computer years, mine was about a million years old and really couldn’t be fixed. When my boyfriend reminded me I could spend my emergency money (referring to the mason jar I religiously kept $700-$1000 in at all times) on it, I got shifty-eyed and pulled him aside.

“I don’t have any more emergency money,” I whispered. He asked me what I spent it all on. I shrugged. There was my trip to Ireland. That was no emergency, but it certainly cost me a pretty penny. There was the puppy I decided I needed during a few dark weeks last September, forgetting that puppies are expensive as heck. There were all the times I pulled tens, twenties, and sometimes hundreds out of the jar for dumb unnecessary purchases, because I knew if I withdrew that money from my actual bank account I would really feel the financial hit. Somewhere along the line, that thousand dollars of emergency money I’d put aside for emergencies had been entirely blown through, leaving me stuck in a paycheck-to-paycheck routine, which afforded me virtually no possible way of getting a new laptop.

“You can set up a payment plan!” said the hopeful sales associate.

HA! I knew better than that. At some point during the whole ordeal, in some vain hope that it would restore my MacBook to perfect condition, I halfheartedly agreed to the Apple genius resetting my laptop and wiping everything I had from it. In the weeks that followed, I suffered through the loss of all of my documents, pictures, videos, and other files that were on that beloved computer. But I justified my loss by reminding myself that my laptop would now be running quickly and smoothly, and hopefully get me through at least my last year of school – and give me at least a year to save up for a new one.

Flash-forward to a few months later, during my very first day working with the TFD team. I rushed home from class to get on my laptop for our meeting, only to have it freeze up immediately. I clicked. Nothing. I clicked again. Nothing. I clicked maybe a thousand more times. And the sucker shut off. I tried to turn it on. Nothing.

I frantically hopped on my mother’s computer and messaged Chelsea telling her my laptop had died and I would resume our meeting from my mother’s computer, then go out that night to buy a new one. I obviously needed a new one, or else my new job that I was so excited about would hardly be possible.

There was only one problem: cash flow. I had a $180 paycheck in my hands from work that week, and I knew it would have to be spent on my car payment that was due the upcoming Thursday. Other than that, I had hardly any money in my account for the things I actually needed, much less a brand freaking new computer.

With no emergency fund to speak of (but a whole lot of completely useless crap I wasted the emergency cash on!) I was left with no choice but to charge it to my credit card.

I’m pretty young, so I haven’t really built enough credit to be given a huge limit on my card. So I hesitantly swiped and subsequently totally maxed out my card in order to take that shiny new MacBook home with me. I was able to resume my super-exciting new TFD position the very next day, so it was totally worth it – but I’m still cringing every time I check my bank statement and realize that I need to pay it off (by July 15th, lest I carry a balance on my card for the first time ever in my life). I cut a lot of corners this month with my spending to squirrel away the money to pay off the laptop. I’m also very fortunate to live with my wonderful parents who have offered to pay off the balance if I don’t save enough in time, and have me pay it back to them (interest-free) over the next few weeks, so I know my situation could have ended up much worse. (I’m still deciding if I want to let my parents dig me out of this though; it may be better for Future Mary to take the financial hit and learn the lesson.)

TFD is very pro-emergency fund, as everyone else in the entire world should be. I learned the hard way that you never know when an expensive tragedy (much worse than a broken laptop) is going to strike. I learned the hard way to save an actual emergency fund that I actually save for emergencies instead of treating it like “spare money” (because let’s be honest — no money is ever “spare” money). A car accident could cost you a ton in repairs or medical bills. An unexpected layoff from your job can leave you scrambling to pay rent and buy food. Your stupid laptop could die during the first day of your new job. Things like this can take you from “comfortable as heck” to “in actual debt” within seconds. The best way to prevent this is to be prepared.