What Happened When I Stopped Apologizing For Everything 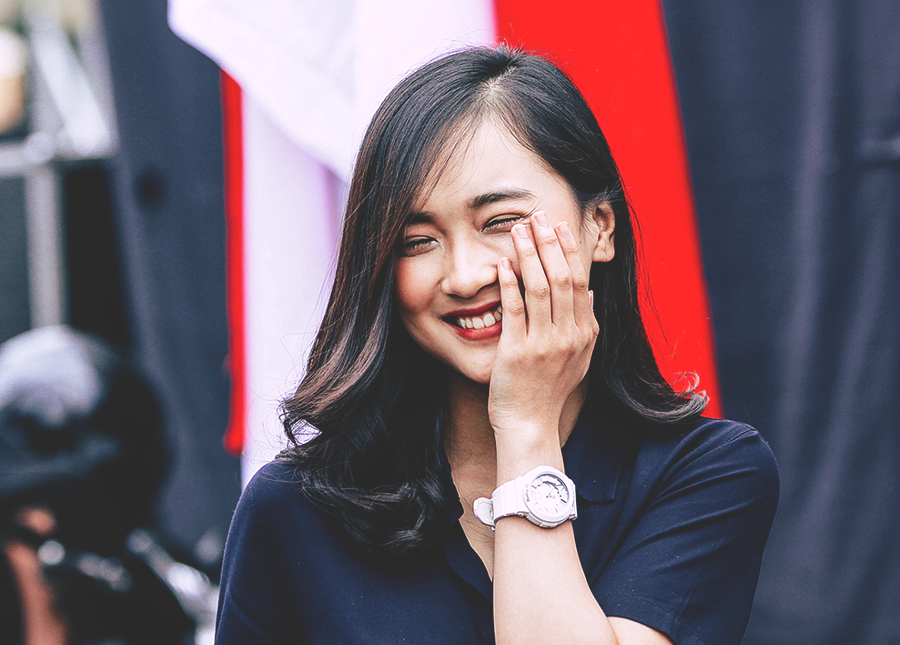 If you had a dollar for every time you apologized on any given day, you’d probably have way more money than you’d expect. Women, I’ve found, apologize for just about everything. We apologize for things we shouldn’t feel guilty about; things that are inherently ours. Yet I’ve found that I apologize for almost everything — almost as if I’m apologizing for existing.

I’m a writer. I’ve written for various digital media sites and have had some of my plays produced. It’s who I am. It’s my DNA. But writing doesn’t always pay the bills, and the type of writing that I dream of one day being my full-time income does not pay right now. I’m working my way toward becoming a screenwriter/established playwright, but in order to do that, I also need to make a living. I need to support myself.

For me, personally, I found that the nomadic part-time life didn’t work. I like routine and consistency, and I knew that I needed to make a viable income considering I live in New York City (which, if you didn’t know, is ridiculously, wildly expensive). So I made a choice: I chose to take a full-time job in a non-creative industry because of the income. Financially, I’m in the best place I’ve ever been. Creatively, working full-time makes me antsy to get home and get writing, so it’s actually been beneficial on that end as well. But even though I’m happy with my decision and made peace with the sacrifices of taking a “survival job,” I still find that I’m explaining myself — and even apologizing — for this decision.

But where does that come from? Where did this incessant need to apologize for a choice I made for myself begin? Most people, when I let them in enough to tell them that I’m shy, don’t believe me. They don’t think that someone as “confident” and sure of herself as I seem to be is shy or has anything she wants to be hiding from. I wouldn’t say I’m hiding, but I don’t like being looked at, being seen. In part, because I learned early on that I maybe needed to apologize for my existence. In middle school, I was teased a lot and felt like I didn’t belong. And that feeling of not belonging quickly turned into the feeling that my existence was wrong. Maybe I was all the things they called me, and I should apologize for it.

In college, it became guys who would point out the things they didn’t like about you: you’re not as skinny as your other sorority sister; your personality sucks; etc. I think I started feeling like I needed to make decisions that people liked and supported. Then, maybe they’d stop saying the negative things about me. That became me apologizing to those criticizing me instead of ignoring them and leaving them in the dust.

In the workplace, there’s an underlying culture where people expect the women to be a bit meeker, to be the ones to do the work and take all the responsibility when it goes wrong. As an assistant, I learned that even if your boss is the one who is wrong, it’s still probably your fault. That’s not a healthy mentality. It’s not even a correct mentality. Often, I’ve had to say sorry for things that I knew I did not cause. But I’ve said it anyway, because it was expected. Because it was my job to be right, and I wasn’t. Every industry puts pressure and responsibility on the lower-levels to be right all the time, and when they’re not right, they’re catastrophically wrong. They bear the brunt of the burden. When you’re told it’s your fault enough, you start to believe that everything is your fault, and you should apologize for it.

I still even apologize to the guys that I’m dating for things no one should be sorry for. I apologize for caring about them — quite literally. I apologize for wanting to spend time with them and see more of them, for wanting to hear from them. I start to think that my insistence on seeing them is annoying for them, that I’m bothering them and I should apologize for being bothersome. But my insistence on my emotions being a problem takes away from the real problem: the person that I feel I have to apologize to simply isn’t right for me. I shouldn’t be ashamed to want to text the person I’m dating, and the right person won’t want me apologizing for my emotions, anyway. They certainly won’t be scared by the fact that I care about and want to talk to them. They’ll want me just as much as I want them. They won’t run from the emotional conversations; they’ll embrace them. They’ll actually want to spend time with me. If I can stop apologizing for good, maybe I’ll be able to see situations much more clearly instead of spending hours at a time agonizing over this person who, in reality, it shouldn’t be this hard to interact with.

I want to be accepted. I think, on some level, everyone does. But it took me a few years out of college to realize that I didn’t want to be accepted if it meant forsaking who I really am. It’s not an overnight thing, though, that you can snap your fingers and suddenly be free of all of the habits that have plagued you for a lifetime. I still find that my first instinct is to apologize for a choice that I made for myself, instead of owning it and being proud of it from the get go. But I’m doing my best to stop the apology before it starts, and to remind myself that my choices are mine — and mine alone. I don’t need to explain myself to anyone, let alone apologize for simply being a person and making choices that benefit me.

By stopping the apologies before they fly out of my mouth, I’m gaining back some of the confidence I seemed to have lost. Just as I’ve been conditioned to take the blame, I’m re-conditioning myself to learn that I don’t have to. I’m putting myself first for what seems like the first time. It’s scary, but also freeing. Because a lot of the pressures and criticisms and negatives are just in my head — things that I just assume others will think and put on me. Now that I’m starting to push those aside, think positively, and put my own thoughts about myself before anyone else’s, I feel great. It’s a slow process, and it takes daily reminders. But when I do remember, I feel invincible somehow. I feel like this is how I should be living my life.

And you know what? I’m not going to apologize for that.

Jenn Ficarra is a Manhattan-based writer. Her articles have been featured on Bustle, babe, Huffington Post, Elite Daily, and Thought Catalog. She has studied playwriting at The Barrow Group and has had two plays, Wedding Bell Blues and The Fracture, produced. Follow her on Twitter @jenniferficarra.