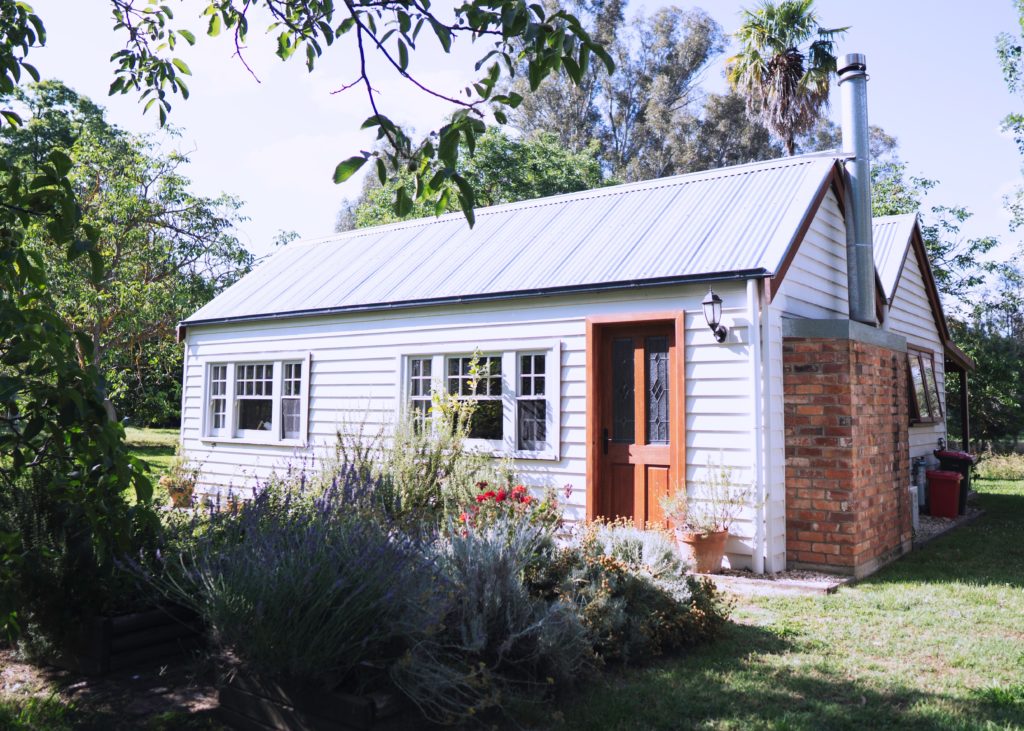 When I was 20 years old — and weeks away from finishing university — my home life came to a screeching halt. My disabled mother and teenage brother, who had been financially supported by my stepfather since my mother quit working in 2009, were now on their own. Long story short, he left to pursue a better life and stuck me with the pieces. I was a journalism major and a “starving writer” who had every intention of living below the poverty line for a few years while I built up my portfolio. But this was not what I had in mind.

I worked multiple jobs in between classes to put myself through school, so I knew how to manage my time and finances. But I could barely support myself. There were times I had to choose between food or a book for school — if I couldn’t borrow one from a friend or the library’s reserve section. This isn’t meant to be a conjure up your pity for yet another broke college student, but this is the situation I was in when I was called to take responsibility of two additional people and another household.

Thankfully, I had a job lined up, so I knew that I would have an income upon graduation. My brother was still a child and my sister was a struggling single mom, so I was the best candidate to fill my stepfather’s place. My family had enough money saved up for a few months of living expenses, so the timeline worked out perfectly. However, my starting salary was $32,000/year. At the time, I rented a room in Los Angeles while my family was based in Central California. Moving home to save up wasn’t an option, since the job market was nearly nonexistent. And it’s not like I could move them into the house I shared with five other people. So, I essentially paid two sets of bills: my rent and their mortgage, both utility bills, and both car insurance payments.

They both received some assistance from the state that covered most of their food and sometimes toiletries, but I was also responsible for things like my brother’s school expenses and my mother’s medications. I gave them an average of $800/month, which allowed them to scrape by.

In order to keep the lights on for all of us, I had to set a few rules for myself:

If I had spare time, I needed to use it. Sometimes this meant taking extra clients as a tutor, driving around LA for last-minute babysitting jobs I found on Care.com, or even donating plasma as often as twice a week. On top of my full-time job as a content writer, I worked an average of 25 additional hours per week. This number wasn’t reliable, though, so I was constantly hustling for new work. I cleaned bathrooms at a coffee shop for a while, since I could fit those two hours in between my other commitments. I was tired, but the bills were paid.

Reduce my own expenses as much as possible.

It was difficult for me to control expenses for my family, since they were already getting by with as little as possible. So, the only thing left to do was to lower my own. I lived with a roommate as long as I possibly could, and I would opt for the cheapest room or arrangement available. Sometimes this meant sleeping on a couch in the living room, and other times this meant parking a few blocks away every night so I could save a bit more by forfeiting my parking spot. I ate a lot of beans, rice, and frozen veggies. It got old fast, but I got most of the nutrients I needed at a price I could afford.

I tried to never order more than water or tea at co-worker lunches, I always went to Goodwill first if I needed clothes, and I would pick up discarded furniture from the curb instead of heading to Ikea. I could make a pair of thrifted slacks last years if I was careful with sewing the seams, and most of the time there was coffee at the office, so a thermos would get me through the night when I left for the next job. Client meetings meant leftover food, so I always kept some Tupperware in my desk for such occasions.

Fake it ‘til you make it.

This became my mantra. I learned how to use my most convincing “sick voice” to ask for extensions from service providers, and to comb through thrift store racks for brands that were “acceptable” to wear in my high-end, Beverly Hills corporate office. I had to get comfortable with being uncomfortable. I never lied, but I did learn how to turn up the drama to get by on sympathy points. More often than not, this bought me enough time to find a quick job before the next due date.

When my job provided sick days, I would nearly always use the free hours to work somewhere else so I could be paid twice. Of course, I was actually sick. I always had a cold and my stomach lining was next to nonexistent, but I could ever afford to miss work anyway. I’m not proud of these tactics, but at least I’d get through that particular billing cycle.

Above all else, stay organized.

Without my color-coded planner and an insane amount of alarms, I would never have gotten through a single day. When I was juggling four different jobs, six clients, and bills for two different households, I couldn’t afford to skip a beat. I wrote EVERYTHING down and used both paper guides and spreadsheets to keep up with payments, due dates, project deadlines, appointments, cancellations, and everything in between. I also used apps to track my hours for babysitting and tutoring jobs, my mileage, and even my grocery list. Every penny and every minute was imperative to making this whole thing tick like clockwork, and I couldn’t afford to waste any of it.

I supported my family for about four years, and in that time I spent close to $40,000. Now that my brother is off to college and my sister is financially stable, we’re able to split my mother’s bills.

Our salaries have increased and her bills have been reduced dramatically, but here’s what I wish I learned before I started this life-changing journey:

Let go of the past.

At the beginning of it all, I fought tooth and nail to keep everything the way it was. I gave my savings to the IRS to save the house from foreclosure when an apartment would have been the more economical option. I kept the cable on for way too long because we’ve never not had it. I bought the same food we always ate, and I kept paying the car insurance policy we’d always had. I spent so much time, money, and energy trying to maintain a standard of living that was no longer possible when I could have lowered these costs so much sooner.

We did eventually lose the house, and the cable, and even the car. I didn’t make nearly enough money to keep up the charade, and I wish I took action sooner — no matter how painful I knew it would be.

Growing up, we were quite poor. We’ve never had money and, with the exception of the few years that my stepfather was in our lives, we struggled on a consistent basis. My mother regularly turned to her credit cards when she wanted to buy new clothes or shoes or appliances, even though we certainly could not afford them at the time. Our doorstep was constantly topped with boxes — and collection letters. And whenever we had extra money, we spent it. I don’t blame my family for this, because I understand what it’s like to want something when you’ve had nothing for so long. But it usually causes more pain in the long run.

This experience turned me into a saver, and I wish I was confident enough to accept how poor I was from the beginning. Instead of caring what my friends thought about me and what I was wearing or whether or not I could afford brunch, I wish I understood that true friends would be okay with sharing a frozen pizza in my apartment instead. People who really care about you don’t care about the brands you wear or which neighborhood you live in. I saw my family’s life crumble because of empty consumerism and trying to “keep up with the Joneses,” and I’m proud to say I finally learned from it.

Understand that it would be temporary.

When my mother’s disability application was denied for the first time, we were still optimistic. Many people have to apply a few times before they get any results, so why should she be any different? When she was denied the third time, I began to lose hope. What was supposed to be a short-term situation became a lifestyle, and I never expected to be out of the hellish bills-paycheck-bills-paycheck loop. My other family members were also struggling, so there was no one to pick up the slack if I were to fall short of my responsibilities.

I wish I knew that it wouldn’t last forever and that these hardships nearly always have a finish line. I’d get a promotion, or I’d find a better job. I’d keep building my resume, and eventually, I’d make enough to put some comfort back into our lives. Maybe my mom would never be able to work again, but eventually we’d be able to improve her quality of life as well as our own.

My life is very different now, but I’ve maintained this frugal mindset regardless. I no longer have to cry on the phone with customer service representatives to beg for extensions or discounts, but I know how to maximize my time and stick to a budget. I never miss a payment or deadline, and I’ve learned that there’s usually work out there for anyone willing to take it.

I’m not going to lie — those four years were the most draining and difficult I’ve ever experienced. I went (much further) into debt, fostered a ton of guilt, lost my sense of self, and cried a lot. But I’m certainly better for it. I’ve learned skills that I can keep with me for the rest of my life, and I can say that it IS possible to feed yourself with $60/month or find work in just a few hours.

Nicole is a copywriter, outdoor enthusiast and avid solo traveler who just wants to see as much of the world as her paycheck (and schedule) will allow.