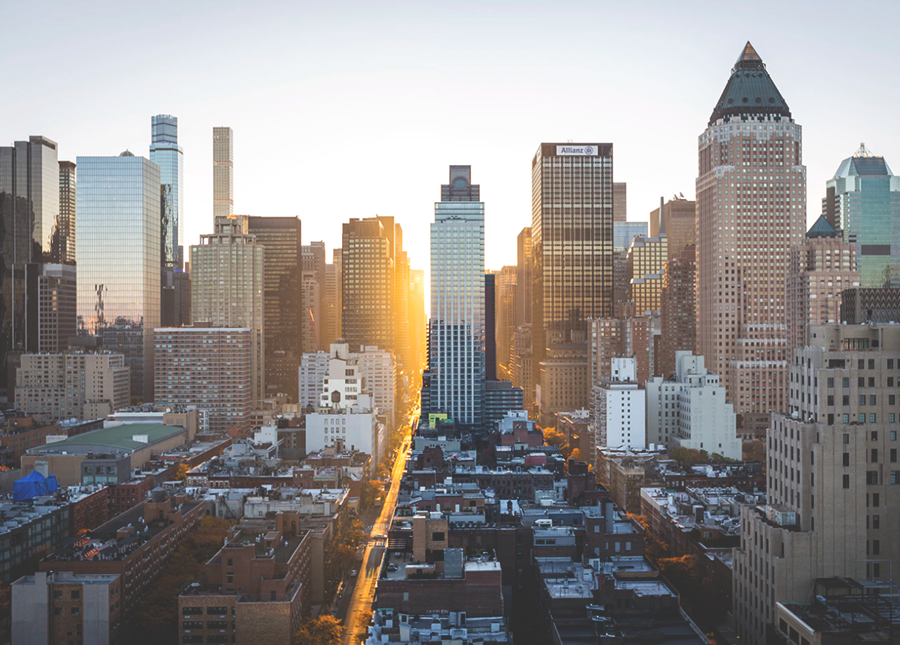 In 2013, it had been just over a year since earning my undergrad degree and being forced to move back to my small hometown in northern California with a friend after failing to line up a job. By this time, the ongoing story in the media was that the recession was over, but the constant bouts of unemployment and temp jobs that plagued my resume, it didn’t feel like it. Growing frustrated with the direction of my life, I decided to take a risk by selling my car and just about everything else I owned and uprooted my life to a new city.

I settled on New York, as it would be easier to live there without a car. After arranging an apartment in Brooklyn with a girl I met through Craigslist, I jetted off to my new life. Within two weeks, I was comfortably settled into my new surroundings and had snagged a low-paying temp job that just barely paid my bills. The next six months were touch and go with disaster, as I lived like a hermit to save money while doing anything possible for extra money. I bought practically nothing other than food, and slept on a couch that came with the place, as a mattress was out of the question.

Then everything fell apart at once: my temp job was ending, the landlord was increasing our rent, and having no social life was making me miserable. I came to the conclusion NYC wasn’t for me, so when I saw a one-way ticket to Seattle for only $50, I booked it — and two weeks later, I was on my way to another city. Unlike NYC, I had no place lined up other than a youth hostel for a week. Worst case scenario, I could always go back to California to stay with a friend.

Right away, I could feel deep down that Seattle wasn’t for me, but I ignored my gut feeling and rented a sublet for a month, which consumed a good portion of my remaining funds. Finding a job this time proved far more difficult, with no leads after a month of searching. By then, I was nearly out of cash, and had to leave my sublet. I borrowed some cash from a friend and decided to visit Portland for a few days before heading back to California.

However, the night before visiting Portland, I decided to apply for a few jobs that interested me just for the hell of it. On the bus ride there, I got a call for an interview, and sure enough, I ended up getting the gig. I spent the next few weeks living in a hostel before eventually couch surfing with a couple who lived on the edge of town, in a place sandwiched between three strip clubs. After two more weeks of living on a couch, I found a roommate situation in a fairly beat-up place that looked like the house used in the movie Fight Club, industrial surroundings and all.

One month later, I was down to fifty cents the day before my first full paycheck and no food — so I liberated some from the office kitchen, along with using my remaining funds to purchase a potato (the saddest potato I’ve ever eaten). I was caught and, subsequently, lost my job. My last paycheck held out right as I got my tax return, which I used to pay back my friend. I got another job cleaning tables, was let go from that job for reasons I’m still unsure of, found out my roommates were drug addicts, packed up my bag, and took a bus outta town — all within three months.

Now I was back in my hometown without a car and only $80 in my pocket, while my friend had gifted me one month rent-free at his place. I started trying everything to get back on my feet, which eventually led me to a most unorthodox gig — in the kink world of all places. Apparently, I hit the jackpot, as I was soon making decent money from basically name calling other men on the internet (I still can’t believe it to this day). Of course, it wouldn’t last, as having no car in a small town basically made getting a job nearly impossible, and the bills were starting to pile up. Once again, I set off to a city, and to another one where I didn’t need a car to get around: Chicago.

Upon landing, things started to unravel quickly. The apartment I’d set up fell through the night I was supposed to move in, and I had only a mere $800 in my account, as my kink side gig was unpredictable. The next day, I found a woman renting out her couch by the week, so I made do while managing to get a temp job within two weeks. A month later, I was told I had to move out within three days, as the landlord had no idea I was staying there. Rather than giving up again, I spent the next six months couch surfing across the city while trying to save money. During this time, my temp job ended, I wound up in the emergency room with a horrible deep tissue infection that effectively killed my momentum for a month, got rehired permanently at the job I had before, and finally moved into a tiny room in an apartment with random people from the internet.

It’s been three years since moving into that apartment, and while things aren’t great, they could be worse. I have a dead end job that isn’t spectacular, but pays the bills and still affords me a modest social life. I live in a cool neighborhood, albeit still in a Harry Potter closet room with touch-and-go roommates. I’m paying down my debt (slowly) and saving some cash (even more slowly), but I haven’t a penny to my name in any retirement funds, and the mere thought of owning a house doesn’t even register as I head into my 30s.

And yet I’m conflicted. I feel like I should be so much further ahead at this point in life, even though so many people I know around my age are doing worse. It feels shameful to complain knowing everyone is facing problems that are unique, and sometimes not so unique, to their situation, but the frustration continues to build inside me with each passing day. Maybe moving to another city will offer better opportunities if I start fresh again. But my experience begs me to reconsider.

Mitchell is Chicago-based writer who prefers spending his discretionary budget on burritos over clothes, and becomes upset if the bartender hands him anything less than a pint when ordering a draft beer — no matter how fancy the tiny glass is.