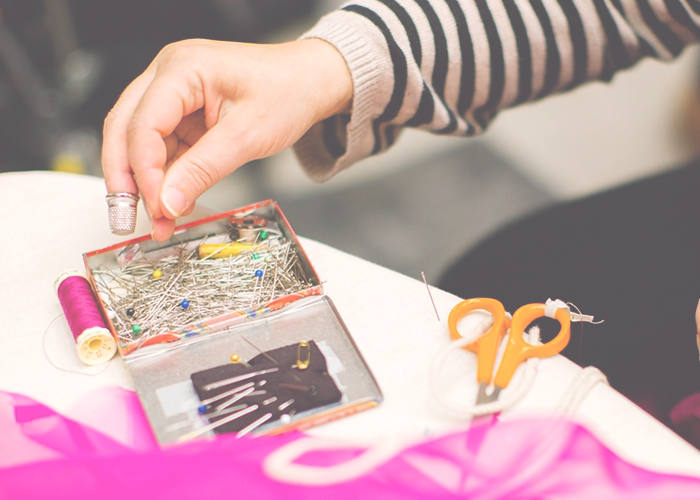 It all started on my 29th birthday. In the weeks leading up to it, I had been stressing about turning 29, because it meant I would be that much closer to 30. For some reason, I was dreading my 30s, because that’s when I thought I would finally need to “settle down” (and I can’t seem to figure out where I want to live long term or map out any kind of five-year plan). Instead of traveling the world in the last year of my 20s, I decided to embrace minimalism, put myself on a year-long shopping ban, try to live on 50% of my income and potentially have the most frugal year of my life.

How did I switch my mindset so quickly and come to those decisions? I wish I had a good answer. I wish I could say there was a catalyst moment in my life that forced me to see that minimalism and a shopping ban were the answers to my problems. Instead, it was a lot of little things that I’d been thinking about for months. First, I was mad at myself for never being able to save more than 10%-20% of my income, even though I “wanted” to. Second, I finally acknowledged that I’d let lifestyle inflation creep in after becoming debt-free, and realized nothing I’d been spending money on was bringing me joy. And finally, after searching for and not being able to find the most basic item in my kitchen (a can opener), it became clear that my home was full of stuff I never used, but was still buying/holding onto for one reason or another. I was consuming for the sake of consuming; it was mindless spending and it had to stop.

Even as I was typing up the rules for the shopping ban, I kept thinking, This is crazy! What am I doing!? I can’t do this! But the fear was outweighed by my gut instinct, which told me I had no choice but to accept this challenge and change my spending habits.

The rules for the shopping ban were fairly simple. I was allowed to shop for necessities, such as groceries, toiletries, basic cosmetics (like eyeliner and mascara, but only after I ran out), cleaning supplies, gifts for others, and a few items I identified before I started. On the approved shopping list, as I called it, was a new bed (to finally replace my 13-year-old bed) and a few items of clothing, which I could see would need to be purchased or replaced while I was decluttering. I was NOT allowed to shop for things like clothes, shoes, accessories, nail polish, books/magazines, notebooks, candles, household items, home decor, or electronics. I also added takeout coffee to the list of things I was not allowed to purchase. I’ve been drinking coffee for 15 years and, by the time I started the ban, I was buying $5 lattes at least four or five days/week ($80-$100/month).

In July, I started my new minimalist lifestyle off by doing a massive declutter and purge of my belongings. Room by room, I opened up every closet, cupboard, drawer and box in my home, emptied them and only put back items that were used often or truly cherished — and I was pretty ruthless. I got rid of 55% of my wardrobe, 35% of my books and 47% of my office supplies, 58% of my home decor/household objects, 41% of my toiletries/linens, and 25% of my kitchen supplies, for a grand total of 43% of my belongings. I kept a detailed inventory of everything I kept, then tracked the number of items I got rid of and decided I wanted to aim for 250. By July 28, I had bagged up and donated 377 of the 904 items that were originally in my home, and I felt so much lighter!

Of course, in contrast to that, there is no denying that the first month of my shopping ban was the toughest. It wasn’t that I missed shopping, per se. I did constantly have to face my book-buying addiction and tell the inner voice that told me I should buy whatever I wanted to shush up. But other than that, I didn’t miss shopping at all. Actually, while it might’ve seemed counterintuitive to get rid of so much stuff at the same time I was on a shopping ban, the greatest lesson I took from my declutter/purge is that I had wasted so much money on “stuff” before, and I didn’t want to do that again.

Overall, I really feel as though this challenge was a huge success. Aside from the five items included on my approved shopping list, I only purchased three things in the past year:

That means I stopped myself from making every single impulse purchase I considered (aside from an e-reader, which I technically purchased, but then canceled the order right away). I didn’t buy a single book for my e-reader, or magazine at the airport… nothing. (I can almost hardly believe it myself.)

As for the numbers, I had two financial goals I wanted to achieve this year: to live on 50% of my income and to save at least $100/month in my “shopping ban” account. Thanks to the increasing amount of freelance work I took on, I was able to successfully achieve both goals. Some months were tougher than others but, overall, I lived on an average of 51% of my income, saved 31% and spent 18% on travel. Translated into dollar amounts, I spent $28,000 on “life” expenses (that includes all regular living expenses plus medical costs, gifts, donations, my new tires, etc.), I saved $17,000, and I spent just under $10,000 on travel.

As for that “shopping ban” account, I started by putting $100/month in the account, which was the amount I figured I was saving on takeout coffee. Eventually, I increased that to $150/month, then $200 and $250. I also deposited any referral bonuses I got from my bank, amounts leftover on payday, and any money I made from selling bigger items during my declutter/purge. As of today, the account has a balance of $2,850, but I technically saved $3,800, because I spent the first $760 on a bed and $190 on a phone. That’s a far cry from the $1,200-$1,500 I thought I might have at the end.

Rather than try to come up with something brilliant to conclude this piece with, I’ll just say it how it is:

I feel like the most honest and real version of myself right now.

Decluttering was just the beginning. When I started on this journey, I was so focused on the physical objects in my space that I had no idea how my life would change once I’d removed most of them. Altogether, I removed 70% of the belongings from my home, and I don’t even remember what most of it was. Since clearing all of that out, though, my home has become a much brighter and more creative space. There’s no more clutter filling my brain with random ideas for projects, or things I should do, or topics I should write about. And there’s no guilt about the fact that I own tons of things I once bought to impress people, but didn’t actually use/love. I no longer keep track of how many items I own (that idea exhausts me, so I won’t do it), and it doesn’t really matter. I’m just glad all the clutter is out and my home is only full of things I use often or truly cherish.

With the shopping ban tacked onto this plan to embrace minimalism, I was either setting myself up for failure or for the most successful year of my life, and I’m happy to say it was the latter. This entire journey forced me to give up all the things we are taught to want in life: the newest and greatest of this, that, or the other. I exchanged them for basic necessities and, after a year of not being able to buy anything new, I’ve realized I have all I could ever need. I don’t value material objects anymore. I value people, places, and experiences. This new mindset has not only saved me money, it’s expanded my capacity to care for others and to find gratitude in the simplest things. And perhaps the best outcome of all is that I will never again purchase something because I want it to portray a certain level of success or character quality I wish I had. When I can shop again, I will only be buying things that I like.

*This post is the first in a two-part series. What Cait learned during each month of her shopping ban will be published at a later date.