What “Influencers” Are Actually Getting Paid For Those Instagram Sponsored Posts 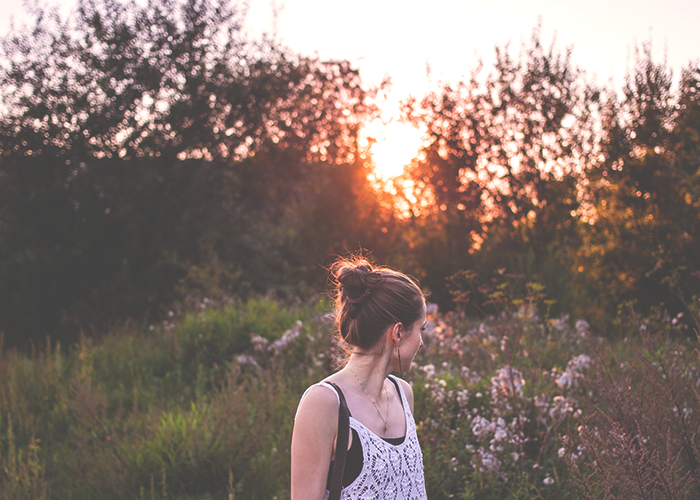 I love social media. A lot of it gets a bad reputation for being a time-waster, and I surely have had to figure out ways to limit the amount of time I spend on it each day. I regularly “clean out” the accounts I’m following on Instagram and Twitter, so that I’m not cluttering my feeds with words and images I genuinely have no interest in, and also so I’m not spending time comparing my life to people who weren’t very nice to me in high school. (I only do this last thing because I feel like it’s not productive for me, but by all means, if you need a little just-in-your-head competition to fuel your fire, you do you.)

But I love it for what it can be: a way to keep in contact with people you might lose touch with otherwise, virtual photo albums of you and your loved ones to look back on, a means to hold yourself accountable for keeping up with day-to-day habits and longer goals, and simply a resource to look at puppy videos when you just need a damn break. (I really, truly want to see more photos of people’s pets on a regular basis.) There are even a certain few celebrities and brands that I enjoy following, simply because I like the content they’re distributing, even if I know they’re making money off of it.

Working in media means we have to be more aware of how people monetize certain things. To some extent, I think it’s a really good thing. I’m super happy for the people who can use their social media presences to help them be able to do non-traditional jobs they’re passionate about, which may actually be helping the world, like rescuing and fostering orphaned kittens. If a few sponsored posts help them do that, what do I care? I may even buy a cute t-shirt if I feel it’s going to a cause I believe in. I also don’t disparage people who use their celebrity to make a living, because I’d probably do the same thing if I were in their shoes.

However, it’s hard to avoid getting caught up in something you see on social media and forgetting that social media has become, essentially, marketing. I was following a shiny new makeup brand for a while, because I thought the photos they were posting on Instagram were really beautiful, and I liked the message they were putting out. But I eventually realized that I’m really happy with my drugstore beauty routine, and I wouldn’t have thought to spend more money on it if I hadn’t seen these pretty pictures. I don’t really like wearing too much makeup; I have a lot of lipsticks, and I love wearing those everyday, but otherwise I’m an in-and-out, powder-mascara-done kind of girl. I knew I didn’t want the iridescent highlighters that were central to this brand, because I’d probably never wear them. But nonetheless, I found myself debating getting some of these highlighters, because they look incredibly pretty in the brand’s social media photos — which I’d be reminded of each time I saw one, multiple times a day.

Of course, if you already know you like a brand, you may get some sort of pleasure or benefit from following their social media accounts. But when it comes to celebrities posting photos with “gifts” they receive from brands, that’s a different story. Not only are they receiving free shit to show off to their followers, they’re also being paid to essentially be spokespeople for different brands. The people who follow them do so because they get pleasure from a supposedly “intimate” view of their lives, which I fall prey to as well. No matter how many times I remind myself that Chrissy Teigen is being paid lots of money to construct her Instagram persona, I can’t help but look at her profile and feel charmed. She eats like a real person! Look at that cute baby! The persona she’s selling me? It’s working.

And you know who’s caught on to the fact that selling these personas works on many, many people? Advertisers. The same ones you might pay extra to avoid hearing from in your music subscription have figured out that it’s a lot easier — and, likely, less expensive for them — to pay celebrities and other “influencers” to show off their products in posts that feel organic. This Economist chart shows just how much influencers are earning per post. Basically, if you see a sponsored post on Instagram and the person’s account has between three and seven million followers, you can assume they made around $75,000 just for that one post. For accounts with a similar number of followers on YouTube, sponsored posts might earn them over $187,500.

I’m not saying sponsored posts shouldn’t exist. We know television ads aren’t real, but honestly, if they’re the reason I can keep watching Bob’s Burgers, I don’t really mind their existence. Social media is just tricky simply because the sponsored posts often feel a lot more natural. Franchesca Ramsey recently shined some light on the bullshit certain #fitspo influencers tote for their own financial gains, which I think did a lot of people a favor. I use social media for a lot of ideas, like recipes and DIY gifts, and at this point in my life, I’m not going to delete my Instagram account. But I have to remind myself to read the fine print — look for the posts that say #ad, #sponsored, or even just #sp. Because not only are those things I would never consider buying otherwise, the celebrity endorsement is likely not genuine. Social media envy is real, and I have to remind myself that people touting their #authenticlife on Instagram are likely showing off anything but.