What It Actually Cost Me To Start My Own Non-Profit 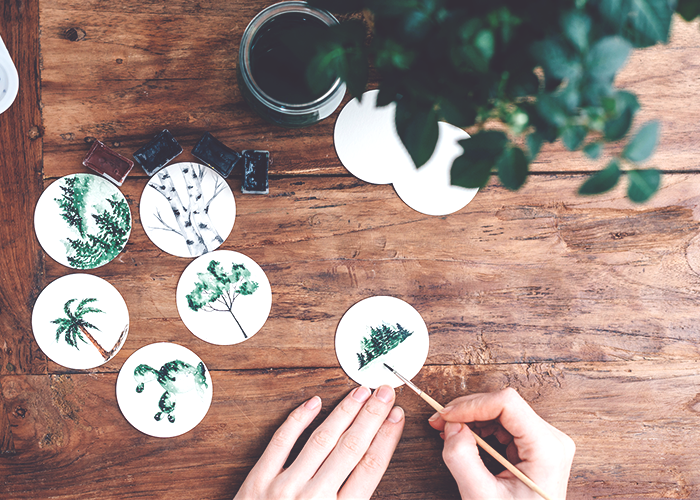 Between the ages of 15 to 18, my main source of a steady income came from babysitting. Twice, sometimes thrice, a week, I’d drive to a house and perform a series of tasks that would earn me a meager paycheck of $50, and the occasional gift card to buy books

. Because the families I babysat for were usually family friends, I didn’t feel comfortable asking for more. I’d use that $50 on expenses like gas, food, and the occasional splurge item. It was enough to maintain the simple lifestyle of a 17-year-old in Topeka, Kansas. But I quickly learned that it was definitely not enough to support an entire non-profit organization, especially from the ground up.

I started Project Consent, a non-profit against sexual assault, in the summer of 2014, just before my senior year of high school. I was working as a part-time babysitter and completing an unpaid internship for a business magazine. In my spare time, I was building Project Consent. One of my main sources of pride comes from being able to confidently say I did everything on my own. For the first nine months, I was the only person in charge: I never asked my parents for help, I never backed out when it got hard, and though it took varying degrees of suffering to get there, I made Project Consent into what it is today.

I was shocked by how expensive it is to start an organization. First, you have to register it. That alone can cost up to $300-$800. Second, you need a website to host all of your information. The most affordable plan came down to $200 on a one-year plan, which was at a discount. I paid those expenses off by doing odd jobs, selling old junk, whatever I could to save and make money. At one point, I sold half of my wardrobe to Plato’s Closet for a quick $180. But it worked, and by the end of the summer, Project Consent had a presence.

And then it got really, really difficult.

While I thought it was challenging to start a non-profit, it was nothing compared to actually maintaining it. I wanted Project Consent to be more than just a mouthpiece repeating “sexual assault is bad” — no matter what it took, I wanted it to be something real. The phrase “at whatever cost” took on a whole new meaning after that.

Between 2014 to early 2016, I don’t know who was on the verge of shutting down more: me or Project Consent.

When we launched our first ad campaign, our website crashed due to the high traffic. I paid out-of-pocket to upgrade our bandwidth space for $300. Two weeks later, we had to renew our subscription for the hosting space for $250. I paid out-of-pocket again. A month later, we had to register emails that would cost me $50/month. Even offers to speak at engagements and present at conferences boiled down to travel and lodging fees, which can range anywhere between $100 to $900. To expand as an organization, we had to establish ourselves. To establish ourselves, we needed money. Add in my own reality of gas expenses, food expenses, school expenses, and you get a very ugly picture. On its own, Project Consent took thousands of dollars to maintain, and the pressure became a constant source of stress.

We had an endless stream of expenses, and a shortage of ways to pay for them. When one cost was paid for, another one popped up. It seemed like we never had enough money for the projects and campaigns we wanted to execute, and for that first year and a half, I was constantly wondering when we’d implode.

Spring 2016 was our turning point. An advertising agency had heard about us through word of mouth and offered to collaborate, pro-bono, on a video ad. That ad went viral, and so did we. All the months of trying to establish ourselves paid off, because suddenly, people started to invest in us. The White House’s It’s On Us campaign reached out. Celebrities reached out. Strangers donated money so we could continue our work. After almost two years of trying to stay afloat, we proved ourselves as something legitimate.

Starting and maintaining a non-profit at the age of 17 and 18 was certainly an experience I never planned on having. Going through it fundamentally shaped not only the organization, but also myself. It took an odd combination of trial and error, time, and sheer luck to get us to the point where we’re finally financially stable. My advice to anyone complementing starting a non-profit: do your research, plan for the worst, and prepare for months of hard work. It’s definitely not something you can just jump into. But if someone asked me if it’s worth it, there’s not a part of me that would hesitate to say yes.

Sara Li is a seven-year-old stuck in the body of a college student. She’s a former MTV writer and lifestyle blogger. If you find her, she’s probably rewatching Gilmore Girls.