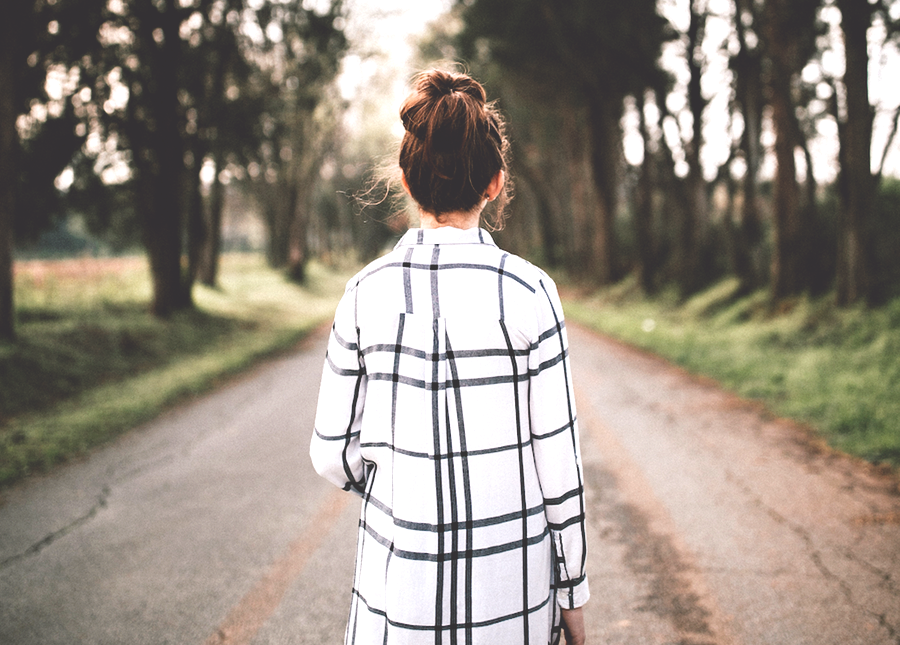 “I’m sorry we can’t come down and visit you like we planned,” she said. “Things have been harder than usual around here, and the 300-mile journey is just gonna cost too much…And you know, since your dad and I filed for bankruptcy in September, we have a lot on our plate.”

Bankruptcy? I thought this was just my mom’s way of trying to convince me to visit home instead of them coming to me, since I skipped Thanksgiving that year to work Black Friday at my cashier job. I’d never heard the term “bankruptcy” used outside of a board game or a business context. It was also December, so I was perplexed as to why I was only hearing about this months later.

“What? Bankruptcy? You mean like in Monopoly?” I replied.

I laughed. She didn’t. “I know this is going to be hard to hear, but we’re also walking away from the house. But we don’t have a choice. We move in two weeks.”

The news hit me like a freight train. This wasn’t simply because I would never set foot in my childhood home again — I’d had absolutely no idea my parents were struggling that much financially. Sure, I remember hearing them argue about each other’s spending habits over the years, but compared to most of the people in our neighborhood, we had it pretty damn good. We lived in a two-story house. We had been to Disneyland more than a few times. And even though there were little signs that told me we were definitely on the lower end of middle class — we didn’t have internet, we washed plastic utensils — I don’t remember a time in my childhood where I ever, ever went hungry.

Of course, I eventually learned from my mom that somewhere around mid-2010 they had fallen several months behind on their mortgage, credit cards bills, and other various payments. Part of me felt slightly betrayed they weren’t honest with me about their finances before the situation became so dire. After all, my dad made the same amount of money he always had, so what changed that particular year that made things so difficult?

Oh yeah. I left for college.

Correlation may not equal causation, but I knew damn well it was no coincidence my parents’ serious financial troubles began when I became a student. Because I was the first in my entire family to attend college, neither myself nor my parents understood how financial aid worked, nor who to reach out to for help. As a result, my dad happily signed up to borrow the maximum $12,000 so I could stay in the dorms my freshman year and have the traditional college experience he never had. Unfortunately, we didn’t realize that, unlike my student loans (which would go into repayment after graduation), the parent plus loan needed to start being paid less than six months after disbursement. And that was something my mom and dad absolutely could not afford.

When I visited my parents for the first time after hearing about the bankruptcy, I felt like a TV character who had been written off a show only to return several seasons later, completely disoriented by the changes that happened while I was gone. The new place they rented felt so big, empty, and unfriendly. There was hardly any furniture in it, since they sold so much during the move. The walls were bare. It was nothing like the beautiful home they’d built years prior, and it was heartbreaking to see. Even though my mom begged me not to stress about their situation, I couldn’t help but feel partially responsible for what happened. How could I just pretend like everything was okay? After all, nobody told me I had to go to a four-year university. I could have easily gone to community college. I could have stayed behind and worked before leaving. In other words, I could have thought less about myself. I felt trapped. If I didn’t become successful, that would make me the biggest disappointment to my entire family and everything they sacrificed.

After I returned to school, fully aware of the severity of my family’s situation, everything changed. I didn’t talk to anyone about what my family was going through; I didn’t want people to make unfair judgments about my parent because of their past decisions. (I had made the mistake of confiding in one friend, who was appalled that my parents didn’t have a college fund for me, as her parents had been saving for hers since before birth.) So while my peers were all excited to go out, join clubs, and party, I fought a neverending internal battle about feeling guilty for being in college at all. I cringed every time I saw a friend skip class for several weeks to get high on the beach, only to fail without giving a single fuck what it cost them. (And for the record, at my university, that cost was $250 per unit.) Any time my grade dropped below a B, I panicked, because I knew it was unlikely I’d be able to re-enroll in classes if I wanted to graduate on schedule. The bankruptcy status made it so my parents would be unable to cosign any future loans for me. And quite frankly, after seeing how they were living, the LAST thing I wanted was to accept any more help from them. In turn, this meant the possibility of affording a full four years of tuition (or more specifically, the cost of living in my college town for that amount of time) was extremely unlikely. In other words, failure was not an option.

When you come from a place where going to college is considered a miracle, you carry a certain guilt with you about pursuing your dreams — I know I did. Although I wanted to feel happy about accomplishing my goals, like earning my degree in less than four years and getting my first article published, I couldn’t allow myself to do so. From the moment I graduated, I wanted (and still want) nothing more than to give back to my parents for sacrificing their futures for my own. My successes never truly felt like successes, because I constantly felt like I was in debt to my past. And when it became challenging to actually find a steady job in my field, and I had to temporarily turn to waitressing to make ends meet, I began to feel ashamed. Sure, I didn’t want to give up on my dreams of being a writer, but I also didn’t want to be stuck working hourly jobs for my whole life, for my parents to never see me actually succeed. There was that guilt, making another grand entrance.

It took years for me to disengage from those negative feelings. Even when I started earning a more comfortable salary and saving up enough money to buy nice things for my parents, I always felt like there was more I could be doing. But the reality is that it was always unfair for me to put that much pressure on myself to rectify situations that were beyond my control — I was only 18 when the bankruptcy happened. Ultimately, I cannot turn back the clock and tell my dad to not take out that loan, and I cannot go back and attend community college so that my parents can enjoy the retirement they deserved sooner. But what I can do is genuinely believe them when they say they want the best for me, as any parent would for their child. I can choose to learn from their money mistakes instead of being ashamed to talk about them with others or trying to hide them under my successes. I can accept that earning my degree was a massive accomplishment for my entire family, whether the end result was me earning six figures or four. I can stop comparing myself to others who have had it easier, and instead appreciate that my parents instilled such strong work values in me from the beginning. I can choose to be confident that my decisions are the right ones for me, and not something I need to prove to anyone but myself.

But above all, I can relax and finally let my parents be proud of me — and let me be proud of me, too. Because no matter what happens with my career, the one thing that will forever remain constant within my family is love. And that’s something no bankruptcy can ever take away.