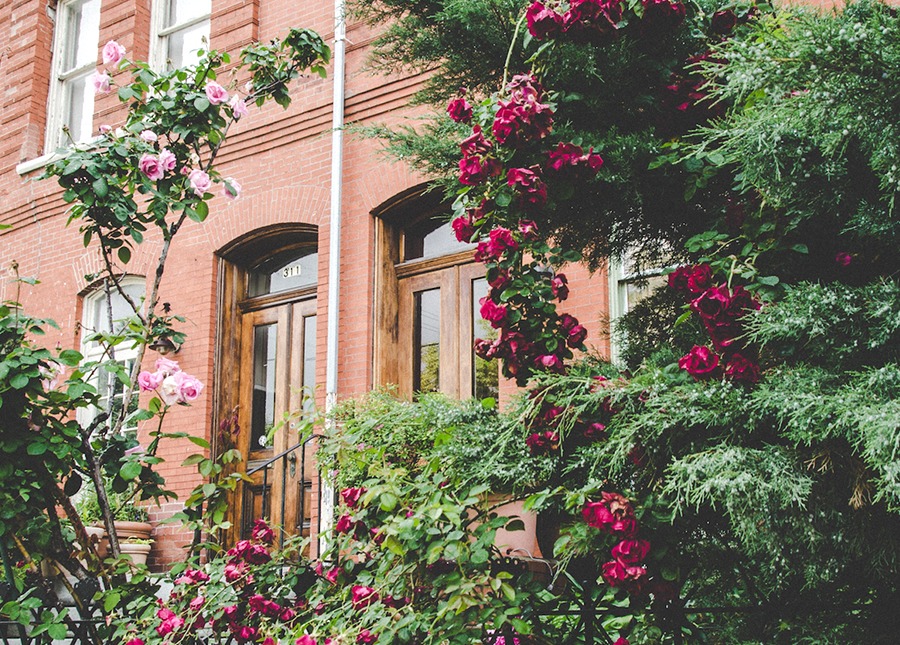 Growing up, I never pictured what I would look like on my wedding day or how the day I panned out. The idea of marriage never really appealed to me. I’m still not even sure if it’s something I want to pursue (though I do want to have a lifelong partner, just maybe not bonded by the state — who knows). However, for as long I can remember, I’ve always aspired to be a homeowner, specifically of a quintessential brownstone in Brooklyn, where I was born and raised. I often imagined myself lining the stairs outside with pretty flower pots and being one of those people who always had seasonal decorations.

However, want to instantly give yourself whiplash? Look up housing listings in New York City. A cursory glance at the prices are bound to jolt you out of your seat. Since I’m clearly a masochist, I often do this. When I’m bored and have a bit of free time on my hands, I’ll peruse real estate aggregation sites, eyes widening at the sight of expansive, multi-floor complexes throughout Brooklyn, dreaming of the day when I become the owner of one of those beautiful homes. Seems dreamy, right?

Well, as I’ve finally come to realize in adulthood, that’s a pipedream. It’s a bit far-fetched and highly unlikely that a writer like myself would be able to afford a place like the ones I’ve daydreamed about and admired over the years. That seems a bit harsh, but it’s the reality for potential buyers in the current housing market, which is only getting more expensive as the years go on.

Consider this: according to real estate company Douglas Elliman’s report, the average selling price for a home in Brooklyn as of last year is $770,000 — an all-time high for the borough. On a broader scale, New York is the fifth most expensive city for homeownership in the country, right after San Jose, San Francisco, San Diego, and Los Angeles. Yet the median income in the city is around $60,000. Taken all of this into consideration, and you can see why the possibility of owning a home here is quite impossible for most people. Unless you’re independently wealthy, were born into a rich family, or somehow manage to win big at the lottery at some point (a 1 in 292.2 million chance, by the way), homeownership in New York just isn’t likely for the average person like me.

It wasn’t always that way, though. In the past two decades, as waves of affluent people (mainly from out of state) moving into various previously low-income Brooklyn neighborhoods (Williamsburg, Bedstuy, Crown Heights, Flatbush, etc.) for their perceived cachet, housing prices have increased tremendously. Yep, I’m talking about gentrification. Consequently, native Brooklynites like myself are being priced out of the places we’ve called home for years. When my grandparents were looking for their first home when I was 10 years old (14 years ago), they were more than able to afford somewhere in Brooklyn (though they eventually settled on Queens). Today, that surely wouldn’t be the case. They probably wouldn’t even be able to purchase their current place.

The current state of the housing market in NYC is precisely why the city government has been running a fair share of affordable housing lotteries in the past couple of years in attempts to level the playing field for people of various income levels. Once you meet the requirements for the lottery, anyone can apply for the opportunity to own (or rent) a specific property on offer. It’s an admirable initiative that has helped many families become homeowners, but it’s also highly competitive. Your chances of successfully getting a place are better than, say, the Powerball, but they’re still not great. DNA Info reports online lottos can garner 100,o00 applications, while the ones you have to apply via snail mail usually get between 2,000 and 5,000 applicants. Sure, you have better luck with the latter — but your odds are still pretty low.

When I started truly considering all of those factors, it became pretty clear to me that I’d never have the brownstone I envisioned 40-year-old me owning with an artistic partner and a photogenic dog. The latter two things may come true in my life, but the home? Yeah, I’ve officially given up on that idea. Unless I hit the career jackpot and secure multiple seven-figure book deals later in life, chances are, I won’t be making enough annually for the downpayment of a home in Brooklyn, let alone the exorbitant mortgage it carries. Was I crushed when I came to that realization? You bet. It’s one of the reasons why I’ve considered settling down elsewhere (that, plus our lackluster healthcare system and treatment of new parents, but let’s just focus on the subject at hand). It will be a while before I actually pull the trigger and relocate, but I have been looking into places in Europe, specifically, like Northampton, England, where the average home costs £254,452 ($328,706.89 USD). It’s not the cheapest, but considering it’s just an hour or so outside of London and the town is pretty idyllic (two major pull factors), that’s pretty ideal for me.

I often think back to the days when I’d dream about my future brownstone — oh, what simpler, naive times. I’ve since abandoned those ideas for more attainable goals, like experiencing the world through frequent traveling. While it’s been sad having to let go of lifelong dreams I’ve fostered as a young adult, that doesn’t mean I can’t have a fulfilling life in other ways. As much I love Brooklyn, I’ve finally come to terms with the fact that I probably will never have my own home in the place where I’ve built a life for myself. And surprisingly, I’m fine with that. We can’t always have it all — and that’s okay.