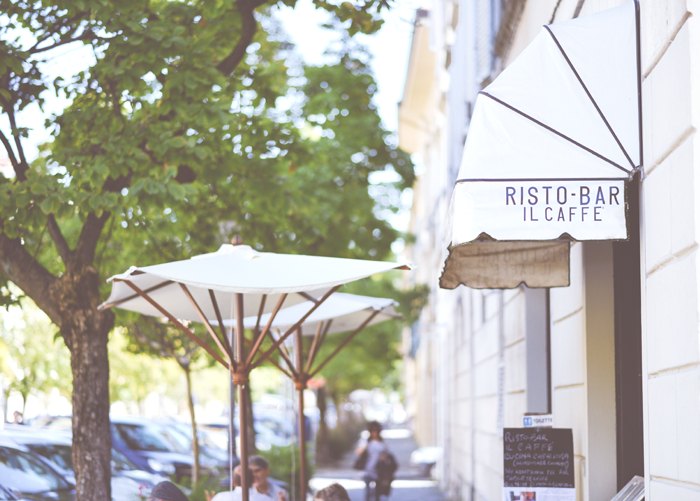 At least a dozen times, I’ve thought about writing an article about earning less than my partner (a good amount less), and each time, I’ve let a stomach-churning flush of embarrassment scare me off. It’s only temporary, anyway, I would tell myself, and I’d go looking for another client to tack onto the month. It became a mini-mission to out-earn him as quickly as possible so that I wouldn’t have to write about it, so that I could fulfill some weird duty and get out from under that income gap. And as I am my own boss, and have my own business, it felt that if I didn’t do this (my randomly-selected goal was by the end of the year), it would be because I didn’t hustle enough, or wasn’t savvy enough. As a result, all of our successes this year, small and big, have been slightly dulled by my masochistic quest to up my earning potential by astronomical amounts each month.

And the truth is, it’s not really for myself. While I don’t love the idea of not being able to go dutch with my partner on everything, I also don’t feel an innate need to be totally equal in terms of earnings on a personal level. I don’t think it would make him respect me more, or make me respect myself more. I don’t think it would make my life better. And I’m also aware that my choices in career, which may pay less today, also give me many other freedoms I’d never trade. I can take off time whenever I need to, or work through the weekend instead of Monday, and he can’t. I can work from pretty much anywhere in the world. And this kind of thing doesn’t have a price — it allows me to cook dinner at home most nights, to get the shopping done, and to not have to spend unnecessary money on a robust business-casual wardrobe.

But I care because of what others might think (or do think, or would think). I care because I remember the “sponsored by my husband” article, and I feel ashamed at the idea of being perceived as sponsored. At what point are you being outright sponsored, and at what point is your life just easier because someone is working a suit-and-tie job that allows for a safety net? Sure, I wouldn’t be okay with not paying my rent or buying my own ‘treats’ when I want them, but the truth is that starting a business this year, and taking all the risk that comes with it, is and was only possible because of my partner’s job. His constant work travel means that life is made measurably easier with tons of hotel and airfare points. Does this mean that I wouldn’t still travel on my own? No, but it means I don’t have to think about it the way I once did. And the fine line between ‘comfortable’ and ‘taken care of’ is an uncomfortable one.

And it’s easy to say that, oh, we’re not rich. We live in New York City, we are surrounded by people whose mysterious familial benefactors allow them to live in objectively insane accommodations, who are capital-W Wealthy in a way we are not. But by most standards, we do well for ourselves. And this is more due to him than to me, which is hard not to feel infantilized by.

There are many women, many self-identified feminists who would never not work, and who take great pride in their own definition of independence, who are just like me. Who aren’t the coddled Upper West Side princesses society has such a clear (and clearly disliked) image of, but who are just as privileged in their own way. And for many of us, our ability to pursue jobs that are perhaps less stable or lucrative is an even greater gift than not working all. And sure, you can say that your individual relationship is a feminist and highly equal one, that you are not respected any less for your choices, but there is still a great gender dynamic at play here. There is still something very socially accepted about a man being the greater earner and the woman getting to pursue her dreams or have her greater work/life balance as a result of this. There is still comfort in these norms, because they work out heavily in our favor. And we know this.

So I find myself, and imagine many other women in my position do, too, with this burning desire to reverse the dynamic. And it’s not so much about the money for money’s sake, because I don’t personally feel any pressing need to have more or nicer things.It’s rather for the freedom that comes to the other person from being with a high earner. The ability to say to someone, “you can do what you like, because the pressure is off” feels sometimes like an ultimate expression of what women are now able to do with our lives. Maybe our partners wouldn’t even want to do anything differently, but for so many years, women were all but barred from giving that independence. To be able to do it, to be able to not only have total professional equality but to take care of someone else, feels like an oddly noble pursuit.

Ultimately, I know this is all a bit ridiculous. Money is fluid in relationships, and wanting to give someone the freedom of choice is a great goal but it’s not a moral imperative. There are many ways to create that balance in relationships, and earning more money is not the only way to go about it. But there is a distinct feeling of shame involved with not having the option to do so, and to be fitting so neatly into a gender norm that women fought so hard to break out of.

Perhaps the only useful thing to do is to just be honest about it. When people ask me about how I was able to start TFD, or even to an extent take the risk of being a professional writer, it would be unfair and insincere of me not to include “the stable and well-compensated job of my partner.” That doesn’t mean I never earned money, it means that I had something beneath me to catch me when I fell, or to cover the months when I had a lot of startup costs. Nearly everyone who has ever taken a professional risk or followed a dream has had some kind of benefactor, and while begrudging that is useless, being honest about it is the least we can all do. I know many people who are guarded about the sources of their comfortable and adventure-filled lives, because it does feel shameful on some level. But our sense of embarrassment is not an excuse for being dishonest or disingenuous, or letting people think that their inability to live the same way is a result of them being less smart or hard-working.

I am no smarter or more hard-working than anyone, I just have an extra financial security blanket. And that’s the case for many people, and having it come from a man is no more or less shameful than having it come from a family member, or wherever else. But things will be easier for everyone once we pull the curtains back on our comfort, and start being honest about the way the real world works.