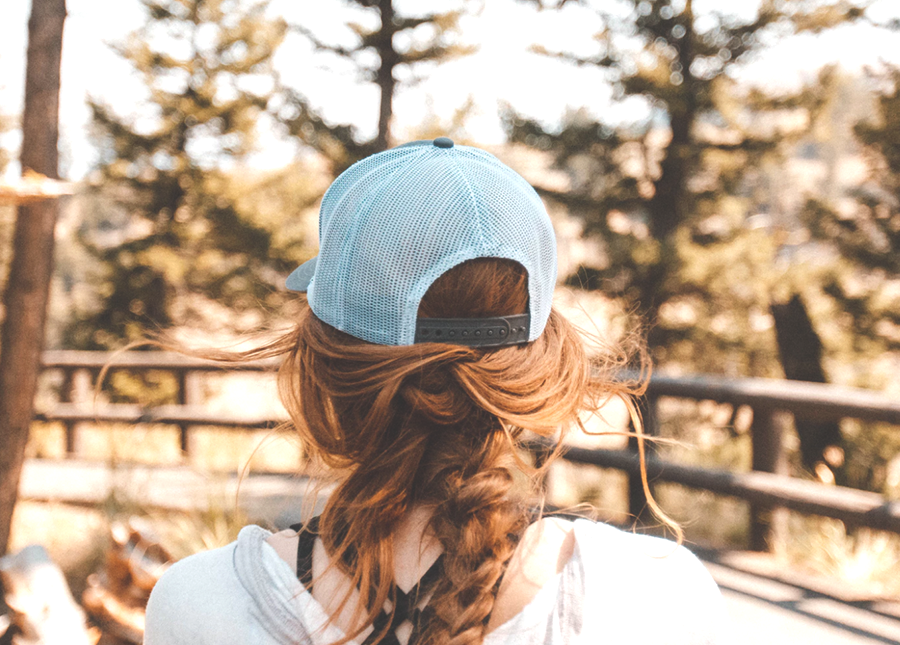 When I graduated college in 2011, I was a classic case of  “CAN’T TELL ME NUTHIN!” I was the first in my immediate family to graduate college (my mother has a BA and a Masters, but neither of my siblings has gone to college), and I was on top of the world. I’d graduated from my dream school! Surely from here on out it would be nothing but a straight shot to the top!

I’m not sure what gave me the impression I’d be an overnight success, except that I’ve always had an insanely strong belief in myself. Certainly, nothing much in my life up until that point had said, “You’re a star on the rise, baby!” I was a B student. I played lacrosse for three years in college, and never started a game. My degree was in English, but I wanted to go into film. I had no connections in the film world, and I graduated college with almost nothing in savings and over $25,000 in student loan debt.

And yet! I was so positive that I would put in some time at the bottom of the ladder, and then someone would notice my natural talent and give me the opportunity to write a studio movie. I’d crush that, win an Oscar for my first project, and be crowned Queen of Hollywood by the time I was 28. Money never factored into my thinking. I knew I didn’t have any, but that was unimportant, because I was Kara Perez. I’d figure out the money part!

I spent the first three years after graduation working in the food service industry and earning less than $20,000 a year. Let’s take a look at what it meant to be living on a low income for so long. Since I have no idea where my tax return from 2011 is, we’ll start my post-grad earnings throwback with 2012.  I moved to Austin halfway through 2012, and I was pretty excited to be “adulting” for the first time ever.

HOBBIES: drinking, reading, Netflix, feeling excited to be living outside New England, all the music festivals

I earned this staggering amount of money by working as a waitress at two different restaurants. 2012 was well before my financial awakening, but I had an understanding that saving was good and debt was bad.

Waiting tables is a cash business. To that end, I came up with a rule for how I handled my tips: I could spend any $1 bills I earned, but anything else had to go into the bank. Honestly, it wasn’t a bad plan. I managed to save $8,000 in the 11 months prior to my move to Austin with this method. (Disclaimer: I lived at home and didn’t pay rent. I did pay for gas, car insurance, and any fun stuff I wanted to do.) I kept to it when I got down here, and managed to keep myself alive.

What was life like in 2012? I was 24. I was jazzed to be away from home and anything remotely related to college or my family. Of course I drank a lot! I also bought high heels and some clothes from H&M that I thought an “adult” would wear. I bought a three-day pass to the ACL music festival for $189. A friend gave me a free wristband to SXSW, and I saw more live music than the rest of my life combined. My roommate and I went to a music festival in a tiny Texas town called Utopia Fest, where it rained and we walked around in the mud listening to bands and drinking wine. We bought our $55 tickets with all the spare change we’d saved over the year.

I could pay my bills and not much else. Yes, I was a low-income earner, but I didn’t really care. I was happy and excited to finally be living my *adult* life.

HOBBIES: drinking, Netflix, writing and hating it, developing a sense of existential dread, traveling to Europe for three weeks

I made my money working with four different companies in 2013. I was still waiting tables, though I quit one restaurant for another one at some point in the year. I’d also been working an unpaid internship, and they started paying me a stipend of $500/month. Finally, I picked up my long-running catering gig in the fall of 2013, and made just over $1,000 catering.

This was the year I began to wake up to two things: not doing any film work was a great way to NEVER do any film work, and that adulthood was hard. I was beginning to feel like being broke wasn’t cool anymore. A lot of my friends from college were getting *real* jobs and moving on from part-time work. Other friends were in serious relationships, traveling the world, or applying to grad schools. I was…waitressing, and I wasn’t enjoying it anymore. Being so low income was beginning to hurt.

HOBBIES: crying in my car about life, hiding my fears and sadness from friends, dating TBone and trying not to scare him off with my overwhelming sense of impending doom

Ah, 2014. That year was a real son of a bitch for me. It started out okay, but by summer I was pretty much in full panic mode every day. I was three years out of college, still working in the food industry, well aware of my student loan debt, and feeling like life was generally terrible. I’d tried to create a web series and failed. I’d applied to what felt like 10,000 jobs and been rejected by all of them. TBone and I had started dating (he was broke, too!). We were limited with what we could do because of our low income, and everything felt hard.

I was hyper-aware of the fact that my friends were doing better than me. At the time, I lived with three roommates, none of whom had debt. They were able to do things like travel, eat out, or work at jobs because they loved them, not because of the paycheck. My friends outside Austin were getting raises and promotions, or were in grad school. I was nowhere. I had nothing.  My financial anxiety started to bloom in 2014. Fears of being broke forever haunted me. I felt trapped in a low-income cycle, and I had no idea how to break it.

Summer 2014 I like to call “crying in cars 2014,” because I spent most of June through August feeling overwhelmed and crying in my car. I felt like I was drowning and grabbing at anything that could be a life raft. I honed in on my student loans as *the problem*. Everything bad in my life was my debt’s fault. If I could pay that off, everything would be better. So one day, I Googled “pay off student loans faster,” and fell into the world of personal finance blogs. I binge-read stories of people paying off debt, becoming big-time investors, making a billion dollars a month freelancing. I learned what a side hustle was.

A thus, a money nerd was born. Since 2014, my income has gone steadily up, though I’m still on what many people would classify as a low income today.

Why Bother Sharing How Broke I Was?

Radical transparency is hard to find when it comes to money. People don’t want to share what they make or how they spend that money. We fear being judged for either making too little or too much. I feel strongly that we need to get better at talking about money in our world. And yes, part of that is being able to say, “This is what I’m working with.” Now, I don’t share my current income online because the internet is full of people trying to steal shit: my identity, my money, my self-esteem. There is a line to walk between transparency and privacy.

But sharing where I have come from is powerful. It says to the people currently earning below $20,000 that there is a way out. It says that life can be enjoyed on sub $20,000. In a world where most people associate “financial professional” with a white dude in a suit, I want to show that a young woman with a financially fraught background can get it together. I want low-income people to feel like they can see themselves somewhere. If you’re up to it, tell me how much you first earned out of college. (It’s okay if it was WAY more than me!) Or tell me your most broke point in time and how you started earning more. Let’s start tearing down the stigma around money together!