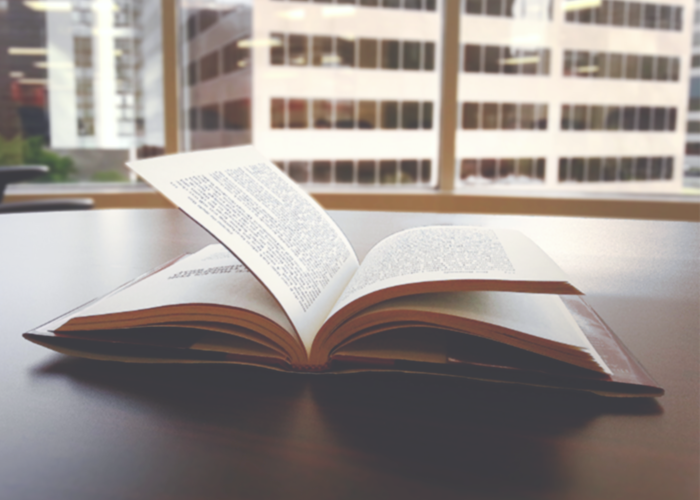 I finished a PhD program last month. Now, you might think that I got a PhD because I have a dream of becoming a professor or because I’ve always been really passionate about the field I was studying—and I wouldn’t blame you, because a lot of people pursue PhDs for reasons like those. And while I do think the field I studied was extremely interesting, and I think being a professor could be cool, the truth is that I originally applied to the PhD program partly for financial reasons. More specifically, I had a hard time finding a job in 2009 during the recession, and since I knew PhD programs often offer students a guaranteed living stipend, I thought that it might be a secure, if not high-paying, employment option for the next five years or so while I figured out my next step. I’m not saying it was the ideal reason, but at the time it felt like a practical one.

However, assessing whether or not grad school is a good financial decision can be a tricky business. Some of the financial aspects of my PhD could be viewed as positive: for example, the standard grad student living stipend at my university was adequate for paying rent and buying groceries, with a little discretionary income left over, and I got free health insurance along with it. Plus, a PhD is typically meant to be an investment in one’s future, so it will hopefully open doors for me down the line, career-wise. At the same time, there were also negative financial aspects of grad school. For example, the living stipend, while not terrible, was still relatively low. It also temporarily disappeared a couple of times for reasons that were both unanticipated and beyond my control.

But perhaps one of the most negative—and least talked about—financial aspects of getting a PhD is that PhD stipends, however livable or even generous they may be, typically do not involve any type of retirement plan. In other words, I was receiving a paycheck from my university just like anybody else with a paying job, but the people giving me the paycheck neither encouraged nor required me to set part of that paycheck aside into a dedicated retirement account. Instead, the whole thing (minus taxes) came straight to me. This lack of retirement plan is pretty common among PhD stipends, at least in the U.S., which means that if you’re in one of these programs for three or five or eight years, or however long it happens to take you to finish, that’s three or five or eight years that you’re not saving anything for retirement. For me it was five and a half years. That’s five and a half years of lost savings, plus the loss of potential investment gains on those savings.

The best move, in retrospect, would have been for me to consciously set aside a portion of my post-tax paycheck every month and deposit it into my Roth IRA. You can contribute up to $5,500 of your take-home pay annually to a Roth, and if I had deposited $100, or even $50, per month, I would have ended up with thousands of dollars in that account, and those thousands of dollars would have grown enormously over the next three-plus decades before I hit retirement. I totally could have made this happen, by the way, since I was probably spending around $50 per month on takeout alone. But I didn’t. Bummer.

What’s interesting to me about this, in retrospect, is why I didn’t do it. I had a Roth IRA. I knew I could contribute to it. I was familiar with the concept that money in an investment account tends to grow over time. I think it may have even occurred to me a couple of times to toss some money in there. But I still didn’t. And looking back, I think the biggest reason for this is that I had fallen into black-and-white thinking. There’s a strange mindset that can start to kick in when you’re not making a ton of money, especially if you have high hopes that you might be able to make substantially more in the future. Instead of thinking, well, I’m not able to save much right now, so I’d better save what I can, it’s surprisingly easy to think, hey, I’m not able to save much right now, so I might as well not save at all. It’s actually quite similar to saying to oneself, well, I’ve already had three cookies; I might as well finish off the rest of the plate and start my diet after the holidays. Like many grad students, I decided that my paycheck was low enough already, and so I might as well spend everything I was making for the time being, and figure my finances out someday in the future when I was earning more money. This window of lost retirement savings is short, I figured, and won’t make much of an impact in the long run.

But honestly, it’s not that short of a window, and none of us can possibly know what our future careers will turn out to look like. A lot of grad students dream of someday becoming a famous professor or author or scientist or poet or inventor—and if you’re a grad student reading this, then please know that I don’t doubt you! This does happen for some people. But not everyone who gets a PhD ends up as a tenured professor, let alone a highly-paid tenured professor, and those who do often don’t reach that point as quickly as they expect. A lot of people with PhDs go on to post-doctoral positions, or non-tenure-track positions, for several years after grad school while they continue to look for the job they ultimately want. Which only pushes their timeline back more.

So if you’re in a PhD program, applying to a PhD program, or considering applying to a PhD program, please don’t fall into black-and-white thinking when it comes to saving for retirement. No one is going to open a retirement account for you, which means that if you’re going to be contributing to one, you’re going to have to set that system up yourself. I understand that for some grad students, this may truly not be possible, particularly if you have kids or family obligations or medical costs or emergencies that are straining your finances. But many students can find an extra $20 or $50 or $100 per month in their budget. Cook at home more instead of getting takeout, have a friend cut your hair for free instead of going to a salon, borrow DVDs from the library instead of going to the movies. Even a little bit helps – and a little bit will turn into a lot someday.

Sarah Noelle is a personal finance blogger at The Yachtless, where she writes about the utter weirdness of money and the ways in which it is intertwined with psychology, emotions, and cultural messages.