What My Gambling-Addicted, Identity-Stealing Father Taught Me About Money 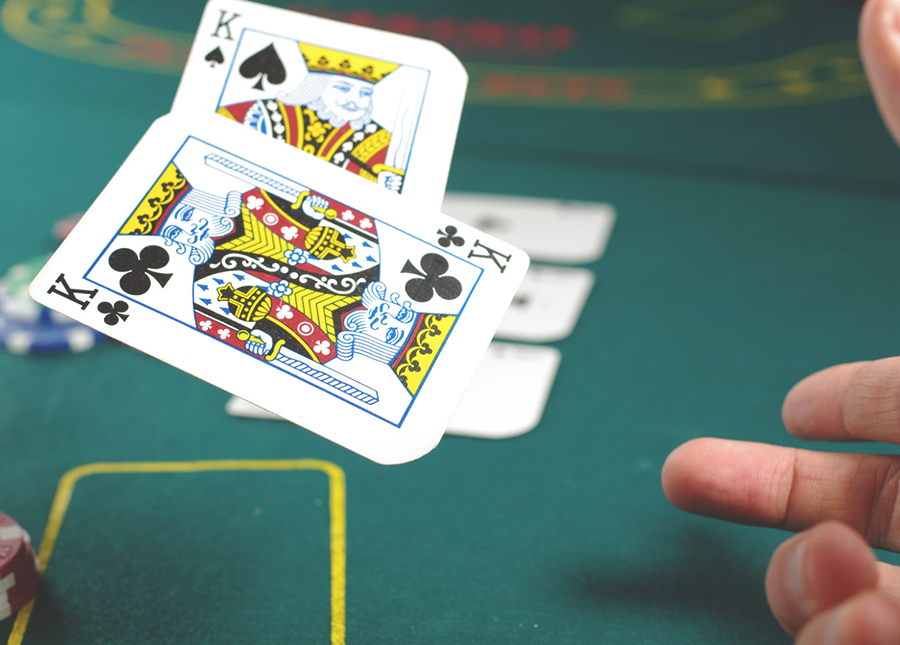 My recently deceased father was a smart, charming, brilliant man. He was also a total son of a bitch with a lot of demons. Growing up in a fairly traditional household, he was the master and creator of everything — particularly everything financial. My mother, despite being a brilliant businesswoman, didn’t believe herself to be as capable as a man when it came to managing her finances, and eagerly gave over control of household and business finances to my father. For a time, this worked well. They built up a successful family business, bought a house in an affluent suburb, and had three kids in private school. Everything was great until we found out it was all a mirage.

While I was in high school, I got a panicked call from my father one day telling me I was under no circumstances to come home after school until at least 5:30. At that point, my mother confided in me that the house was in foreclosure and the family was close to bankruptcy. A few years prior, my father had quit his job to start his own business, and I thought it was going gangbusters, as he was taking frequent business trips and our lifestyle did not change at all. What I didn’t know was that this business was a pretty lie for “your father quit his business to devote himself 24/7 to his gambling addiction and he’s spending all his time in Vegas.”

As my father ran out of his money, my mother’s money, and family business money while fueling his addiction, he quickly turned to mine. My junior year in college, I discovered he had stolen my identity and run up over $10,000 in credit card debt (at a time when I was a full-time college student earning less than $2,000 a year). He once stole my wallet while I was in the shower and cleaned out my accounts, taking all of my college tuition the day before it was due. Ultimately, I worked out a payment plan with my father; he paid some of the debt and I paid some of the debt, but the lessons I learned about money from him are invaluable. I hope no one else has to learn these lessons the way I did, but what I got from this experience is a close-up look at how disrespecting money can ruin your life. After crawling out of that financial and emotional pit, I’m standing in good stead. So, here are my hard-won lessons:

My father was able to steal my money because I, like my mother, gave him total control over my finances. I simply felt overwhelmed; I assumed he knew best and that I could trust him. He was my father, after all! My mother lost literally hundreds of thousands to him because she did not think she was capable of running the financial side of a business. If you learn only one thing, it is this: YOU DO NOT EVER ABDICATE CONTROL OF YOUR FINANCES.  This also means you honestly look at your financial situation and own it. You read every single statement, you know the APR on all your accounts, you understand how a 401K and IRA work, you check your credit report annually. You should be able to account for every penny.

If you have an accountant do your taxes or work with a financial adviser, great! I also ask you, however, to still do your own research on your taxes and personal finance. Personally, I find doing my own taxes has taught me a lot about the tax system and has helped me make smarter choices going forward. It also means I know when something doesn’t seem right and a financial professional isn’t doing their job. Own your shit.

When your parents aren’t in a position to help you financially, you learn pretty fast that you need to take care of you. Now, listen, there’s no moral high ground in not asking for help when you need it and it’s available, but I’d challenge anyone to try to rely on themselves first. Operate under the assumption that you’ll have to fix your problems yourself, and you’ll be amazed by your own strength and ingenuity.

Related to this is the truism that “a man is not a plan.” Too many women I know think they can’t achieve financial goals like home ownership until they’re married and have a husband to rely on. My mother is now struggling to retire because she thought my father had taken care of all that. He didn’t. Count on yourself first.

Find Your Own Peace

Money is highly charged, and there is no dearth of people telling you how to live your life (like me), but you need to do you, boo boo. No one but you can determine your financial goals or what will help you sleep better at night. For me, it’s having a large savings account — otherwise, I feel like my world could fall apart at a moment’s notice. That means I’ve had to pay off debt more slowly, but my peace of mind has value as well. Another friend had seen a beloved family member in a horrible care home because she outlived her retirement savings and that’s all she could afford. For her, funding a fat retirement account took priority over everything else. That’s how she found her peace.

Yes, there are certain things you have to do like save for retirement, live within your means, and pay off debt. How you structure that in a way that works for you and makes you happy, though, is your own business.

You Deserve to be Happy

For a long time, I had a fear of turning into my father and became what I would call a financial binger. I’d go months or years without spending a dime, even if it meant I barely had enough to buy food, so that I could throw money at student loan debt or savings and reassure myself I was nothing like him. I was a financially responsible person! I was getting a gold sticker in being thrifty! But then I’d fall off the bandwagon and start spending obscene amounts of money on stupidity, because my budget wasn’t sustainable and I got sick of earning money and never enjoying it.

I still struggle with spending money on myself and not thinking “ugh I’m still paying off my loans and could have more in savings! I’M THE WORST.” But, as boring as it is, it’s about balance. I prioritized what truly matters to me, which is travel and having a peaceful, comfortable home. As long as my bills are paid and money is being put into my savings and 401k, I let myself enjoy those things and I skimp in other areas I don’t care about. For instance, I don’t have a car, so I bus it. It saves me thousands a year that I can put towards travel, and I truly don’t care, because having a car means little to me. It’s a minor inconvenience I’m willing to put up with. I don’t go out drinking and rarely go out to eat, because that’s not important to me. So ball out of control in one or two areas. If you don’t enjoy your money, you will resent it and stop hustling or start spending.

It has taken me over a decade to synthesize all of these lessons and find peace around money. For a long time, I had a kind of PTSD where I tightly controlled my money but couldn’t find balance. A certain kind of financial wisdom may be, inadvertently, the best legacy my father could have left behind.

Lindsay Nelson is an attorney and higher ed administrator working in civil rights compliance. She holds a degree in politics from Oxford University and a law degree from Boston University. She prefers to write under a pen name.