What Statistics Taught Me About Love, Money, And Forever 21 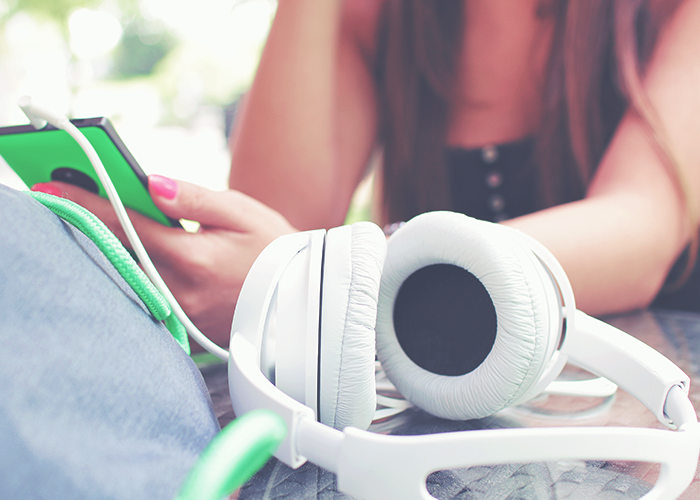 A lot of people learn statistics from taking a statistics course (duh), but I, on the other hand, learned statistics from the Internet out of total desperation. It all started when I got to grad school five years ago. The first day of work as a graduate assistant in my brand-new lab, I realized that there was absolutely no way I was going to be able to understand what my labmates and advisor were talking about, much less get any actual work done, if I didn’t quickly figure out what on earth “p-values,” “t-tests,” and “ANOVAs” were. Since my undergraduate degree in English hadn’t involved any statistics courses, I had no basis for understanding any of these concepts. So I did what any terrified person who needs to learn something quickly does: I started Googling. After many months of Googling (and more Googling), asking people questions, playing trial and error with data sets, and eventually taking a couple of classes, I started to figure a few things out. I’m by no means an expert, but I eventually mastered enough statistics to analyze my own data, write about it in an understandable way, and graduate.

Back when I first started studying statistics, it felt like an annoying hurdle that I needed to get past in order to do the work that I wanted to do. I remember wishing I could hire someone else to do my statistics for me so I could focus on my actual projects. But today, looking back, I actually think that my messy, circuitous, ad hoc statistics education may be the most important thing I got out of grad school. Statistics changed the way I think about the world. It taught me what it means to truly measure something, and how to turn that measurement into meaning. With statistics, we can evaluate a huge variety of important real-world questions that we would otherwise only be able to guess at. Like whether or not a particular medication is effective, or whether or not it’s more effective than a different medication. Like what the risk factors are for poverty, or heart disease, or stroke. Like whether boys are better than girls at math (they’re not), or whether white job applicants are more likely to get interviews at some companies than black job applicants due to discrimination (they are).

One of the most applicable concepts in all of statistics, as well as one of the simplest, is that of correlation. Is temperature correlated with ice cream sales? Yup. When the temperature gets hotter, ice cream sales go up. Is temperature correlated with smartphone sales? Probably not. People buy smartphones when a new smartphone comes out, or just whenever they feel like getting a new smartphone. As long as the two things you’re interested in are measurable, you can figure out whether they are correlated, and if so, how strongly. This is common sense to some extent, but statistics allows you to measure these different variables and use an equation to reveal what the numbers really mean, or don’t mean. (By the way, as you will learn in any introduction to statistics course, correlation does not necessarily imply causation, but that’s a different story.)

Correlations can be used to answer all sorts of questions, including questions about money. Most of us, at one time or another, have found ourselves pondering the question, “Can money buy meaning?” In other words, is there any relationship between the amount of money spent on a given purchase (whether an object or an experience) and the amount of meaning that you get from that purchase? This is actually kind of a complicated issue. We can all identify things that we feel are expensive but potentially worth it—worth it because they bring meaning into our lives. For instance, if I had the money, I would love to fly to Japan and travel around for a few weeks, exploring and taking photos, and talking to people. It would be expensive, sure, but it would also probably feel meaningful on a number of different levels. And if I just think about that one example, it’s easy to say, heck yeah, money does buy meaning! However, one of the most important principles in statistics is that you can’t evaluate something based on a single data point, a single example. In order to really decide whether two things are correlated, you need to look at a whole bunch of data points. So, here are four of the most clear examples from my own life..

1. Around the time I started my PhD, I started sprouting an avocado pit. I had never been much into houseplants, but I had heard that you could grow an avocado tree from a pit, and I was curious. I bought an avocado at a farmstand for about a dollar, ate the fleshy part, and put the pit in water, where it sprouted, grew roots and a stem, and slowly grew into a three-foot-tall tree. I loved this tree. I named her August, after the month that she had sprouted. I carefully watered her, made sure she had good sunlight, and vigilantly picked off any leaves that turned brown. She was beautiful. When she died four years later—due to a repotting-gone-wrong, totally my fault—I cried for days. Verdict: August was low on cost, high on meaning.

2. A couple of years ago I was shopping for something to wear on a date and found myself in Forever 21, which, if you’re not familiar with it, sells a lot of trendy (albeit poorly-made) clothes for super cheap. I browsed around, grabbed a black silky-looking top off the rack, and bought it for $12.99 without even trying it on. By the way, when you’re 32 and the cashier at Forever 21 calls you “ma’am,” that’s probably your cue that it’s time to stop shopping at Forever 21. In any case, I paid for the shirt, took it home, hung it up, decided to wear something else on the date…and never even tried it on. It stayed in my closet for over a year until I finally took it to Goodwill. Verdict: Low on cost, low on meaning.

3. When I moved to Boston to start my PhD, I still had my car that I had owned when I lived in rural New Hampshire. I couldn’t imagine giving it up, so I willingly forked over more than $800 for insurance and registration and signed up for a year of off-street parking for $125/month. Did I drive the car? Not really. Boston has an amazing public transportation system, and I found that I also really liked walking places. A few months later, I learned that both the brakes and the engine needed to be replaced, which effectively marked the end of my car ownership. I did manage to sell it and get some of my money back, but I was still down over a thousand dollars. Verdict: High on cost, low on meaning.

4.: When I was in my early 20s, I took a trip with my mom to visit my brother in New Zealand, where he was working at the time. That was an expensive trip. My mom generously covered the bill for lodging, but I paid for my airline ticket and my food, which wiped out my savings at the time. The trip, though, was absolutely amazing. We hiked along cliffs by the ocean, camped on the beach, and saw rainforests and a glacier, and lots and lots of super cute sheep. I still remember it as one of the most beautiful places I have ever seen, and I got to spend quality time with family to boot. Verdict: High on cost, high on meaning.

Sarah Noelle is a personal finance blogger at The Yachtless, where she writes about the utter weirdness of money and the ways in which it is intertwined with psychology, emotions, and cultural messages.