What The “Attention Economy” Is, & How I’m Reclaiming My Free Time 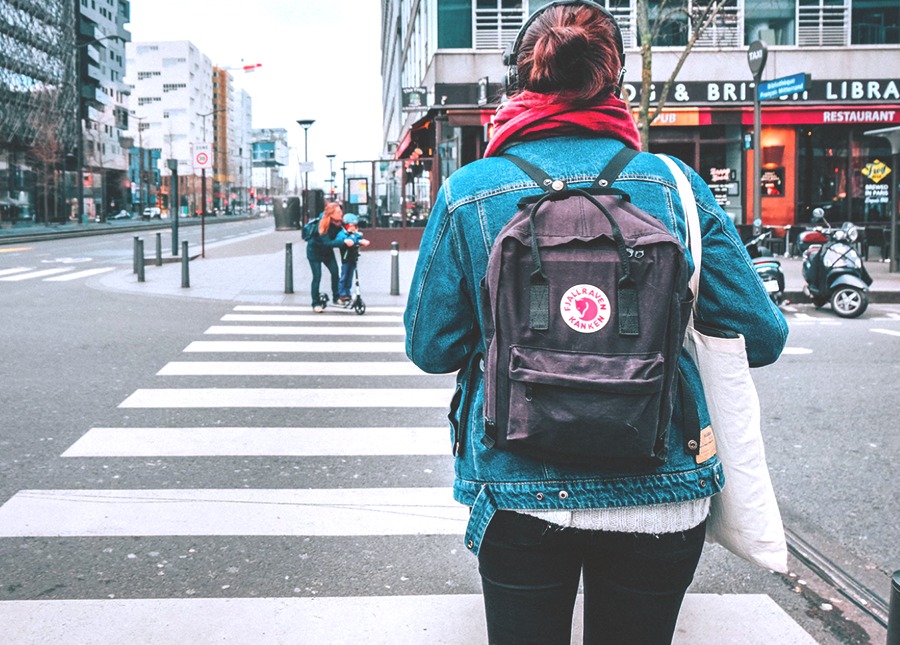 Confession time: I’ve gotten in the habit of almost never falling asleep without having to wear my eyes out looking at my phone first. I’ll lay there in the dark for five minutes or so, think I can’t fall asleep, then turn to scroll through Instagram for the umpteenth time that evening, play a few rounds of a card game, and finally feel able to shut my eyes and get to sleep.

I am hardly the type of person to blame technology for the state of the world or my own personal ennui. Obviously, there are glaring issues that need to be addressed (otherwise Facebook would have no need to make an ad promoting their new direction away from fake news circulation), but I think technology has done more good than harm for me on a personal level. It’s how I met my boyfriend (Tinder) and even how I found a job I love (this website!). I might scroll through Instagram too often, but it’s also where I follow “real”-bodied fashion and style influencers who make me feel inspired rather than inadequate, plus dozens of accounts full of rescue kittens that are nothing but a joy to look at. I’m also relatively good at staying on task during my workday, and I definitely owe part of that to the attention-based apps I use (I like the Tomato Timer Chrome extension and the TimeTune app for time-blocking reminders).

But I can also admit that technology takes up so much more of my attention than it used to. Logging into my Goodreads account just now showed me that I’ve read nine books so far this year — while the year isn’t over yet, I know my grand total will be a far cry from the 25 or so I averaged during my college years (not including school-assigned reading, and taking into account that I was a pretty busy student). I see a lot of movies in the theater and I am never one to look at my phone during them, but you better believe I pull it out and turn off airplane mode the minute the end credits start rolling. And it’s difficult for me to even get through an episode of a television show without checking my phone a few times, most likely out of fear that I’m going to “miss” something.

I recently read an article that tackles this subject in the New York Times: how the “attention economy” allows technology not only to claim more of our time and focus, but to profit off of it. As journalist Casey Schwartz writes, “Once-free pleasures like napping are now being monetized by the hour. Those who used to relax with monthly magazines now download guided-meditation apps like Headspace ($399.99 for a lifetime subscription).”

As someone who is used to having to rely on apps to stay on task (and also as a regular podcast listener who has heard ads for Headspace dozens of time), this isn’t news. What’s interesting is that tech companies, or at least some of them, are recognizing the part they’ve played in a growing problem and taking to measure to fix it, like Google with its Digital Well Being features and new time limit-setting tools on Facebook and Instagram. But Schwartz spoke with Dr. Nick Seaver, an anthropology professor at Tufts, who pointed out that the growing problem may not be the Luddite-friendly, anti-tech one we think it is:

“Information overload is something that always feels very new but is actually very old,” he said. “Like: ‘It is the 16th century, and there are so many books.’ Or: ‘It is late antiquity and there is so much writing.’

More information being available to take our attention isn’t new — but our general inability to find focus because of that information is.

All of this is to say one thing: our attention is being taken away from us, and for the most part, it isn’t our fault. For me, this is somewhat of a relief — it’s so easy to blame myself for being lazy or not fully present, but really, being easily sucked in by technology isn’t a personal failure. It’s become a baseline. That said, I know how much better I feel, mentally and emotionally, when I’m more actively present in my free time. These are some things I’ve started doing to take more control over my own attention (but don’t worry, I’m still making plenty of room in my life to passively watch Bachelor in Paradise while playing phone solitaire):

Turning off push notifications and ditching my headphones.

This is a simple one, and something I actually implemented a long time ago: I’ve turned off all non-messaging notifications on my phone. According to Schwartz, “Researchers have known for years that there’s a difference between ‘top-down’ attention (the voluntary, effortful decisions we make to pay attention to something of our choice) and ‘bottom-up’ attention, which is when our attention is involuntarily captured by whatever is going on around us: a thunderclap, gunshot or merely the inviting bleep that announces another Twitter notification.” Getting rid of those Twitter notifications may not be a solution for the attention I’m voluntarily giving to technology, but as far as involuntary attention goes, it’s a pretty straightforward fix.

Also, I am so much less likely to use my phone (and thus, more likely to read my book) on the bus/subway if I don’t have my headphones with me. I’ll start carrying them with me again when it feels okay to walk to work, but for the foreseeable weeks of 92-degree weather even in the mornings, I’ll stick with public transit.

This sounds like a New Age-y self-help tactic to disconnect more, but really, it’s just practical. I already have an unlimited yoga membership to a studio right near the TFD office, which costs me $95/month. I literally can’t look at technology during the 60-90 minutes that a yoga class takes up. I already go to class two or three times a week on average, and I’ll get even more for my money if I make that a more frequent activity.

Last Saturday, I wasn’t feeling great and had the whole apartment to myself all day. I marathoned Outlander and worked on a little home decor project I’d been meaning to get around to for months — a DIY paper pennant banner for my living room. It simply required tracing and cutting out triangles and stringing them together, but that sort-of-passive activity took me three or four hours, during which I barely looked at my phone. Plus, I was more invested in the show I was watching than I have been in quite some time. I’ve taken up plenty of passive, semi-crafty hobbies like this before (coloring, knitting, cross-stitching, etc.), and I plan on getting back to them — both as a way to feel more productive in my personal life, and to physically take more of my attention away from my phone. They’re all great activities to do while listening to podcasts, too!

Do you have a different tactic you’re using to take control of your own attention span? I’d love to hear it!