What To Do When You’re The Friend Who’s Struggling 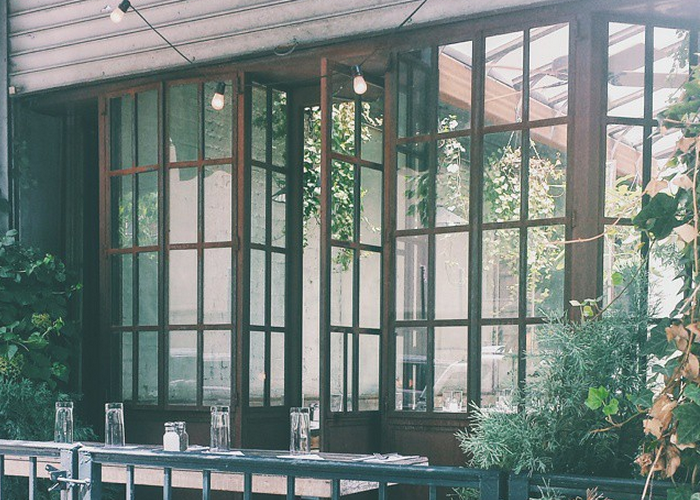 I was the very last of my friends to get a driver’s license. Looking back, particularly after five years of not driving because I hate it (and live in big cities which make cars a hassle), it seems pretty unimportant to have waited an extra year or so to get behind the wheel. But at the time, it was utterly devastating, and every day that passed without being able to drive myself to school or the mall felt like a slap in the face. Arriving to school every day of my senior year on the bus, while my friends pulled in, one by one, in the parking lot, was the stuff of teenage nightmares. I was so shamed over my inability to get around on my own that I would opt not to places instead of ask for rides, because I so detested the mocking commentary of my friends. “When are you going to get your license, Chelsea?” I didn’t know. My terrible grades prevented that from being an option, so for my entire high school career, I was the car-less loser.

Ironically, by the time graduation came around, I would have killed for an inadequacy as simple as a license to drive. The summer immediately following high school presented a much more devastating form of being left behind — I wasn’t going to college when everyone else was. It was an incredible combination of emotions, insecurity and sadness mixed with envy, tinged by a nostalgia for something I hadn’t experienced. I was experiencing the “last summer,” minus the knowledge that I was off to bigger and better things come fall. As I’ve talked about before, I ended up taking off two years total because I was in such a mess of existential water-treading. But spending that summer with all of my friends who were bound for exciting new things, knowing I was staying back — still sans driver’s license, at that — put me in my place in a way I’d never experienced before. I was the friend who was struggling, who didn’t have good news to announce or an exciting project on the horizon.

I inflated every little thing I did to give myself a sense of purpose and direction, as well as to minimize the pity being thrown my way from everyone who had a plan. I hated having to explain my situation, justify my choices, and convince my friends’ skeptical parents that ~someone as articulate as myself~ wasn’t going to let everything go to waste. In navigating the shame and insecurity that goes with being behind the curve, my little 17-year-old life turned into a mess of justifications and half-truths. I had a hard time — both because of my own immaturity, and the cutting social expectations of teenagers — admitting that I was a late bloomer in some ways, and accepting that I was going to have to take the long way around to an education and, eventually, an adult life.

Cut to now, nearly a decade later, and I’ve found myself largely ahead of some curves. I’ve had a salaried job in “my field” for about four years, have always had benefits, enough to cover the bills, and my own apartment to myself. Because I have no degree, I also have little debt, and after paying off my hilariously-defaulted-on teenage credit card, have lived a life largely without oppressive monthly repayments. I’m not nearly as “together” as some of my friends who have expansive savings accounts or are 20-something homeowners, but I feel confident in where I am, socially and financially, so I no longer feel the pressures that come with being the “struggle friend.”

But I have many friends — friends with good degrees, impressive internships, and a flawless history of doing everything “the right way” — who have not hit many milestones. I have several friends who are in their mid-20s and still unable to find a job in their field, or who have found a position which doesn’t pay enough to allow them to live in the city where the job is located. I have friends who are still stuck on a treadmill of internships and assistant-ships and promises-of-bigger-things. I have friends who are going back to grad school, despite the cost, because they are tapped out of all their apparent options with just their Bachelor’s. They imagine themselves on the back of an invisible bell curve, unable to enjoy their young professional lives the way they imagine they are “supposed” to, or the way their social circles are. I even know a few people who have stopped volunteering their prestigious alma mater in conversation, because it immediately begs the question, “Why does someone with an Ivy League degree have such a hard time finding work?”

I can tell that many of them feel the exact same dynamic I did about college, a mixture of obfuscation and exaggeration and white lies that allow you to not be the object of pity, which allow you to portray yourself in a way you perceive as more “normal,” so that you are caught up with your social groups, instead of lagging on the back end. They conveniently leave details off social media, promote the things that look better, and don’t give the details of their professional lives unless explicitly asked for. I remember these strategies clearly from when I was trying to explain my not-college-bound self, and I’m sure they feel the same weird sentiment of “I’m too good for this” that I naively did at the time. I was smart, why wasn’t I in college? They went to a good college and worked hard, why don’t they have a “good” job?

But from personal experience, I can say a few things with certainty: When we think we are the struggling friend, it’s often very likely that no one is thinking of us at all. Sure, someone might make an off comment or two that you take to heart, but chances are, when they are off doing their thing, they’ve forgotten entirely about you and your less-than-ideal situation. In fact, I had a friend recently announce that she’d finally found a stable job in her field, at age 26. She was incredibly excited and ready to celebrate, but the truth is, I thought she already had that job. I celebrated with her, but the truth was, I’d always just thought of her as a great, happy friend, and it didn’t dawn on me that her work was only a part-time paid internship, and not a “real” job. Her self-consciousness about our perception was nearly entirely in her head.

And beyond that, I can also confirm that flailing in an attempt to keep up with perceptions only hurts us, and doesn’t impress anyone. Spending more money than you have, exaggerating the details of your situation, or keeping up a social life that isn’t tenable with your current situation is not a way to make anything better. I nearly gave myself an ulcer trying to seem more accomplished and determined than I was after high school, and I’m sure none of it made anyone think more highly of me — and it certainly didn’t make me any less community college-bound. There will be some people who judge you, that is inevitable, but you might find that you don’t even desire their approval when they’re out of proximity. The people who were hardest on me about my college-less life are people I literally haven’t spoken to in years now, who weren’t ever really friends to begin with (obviously) and who quickly disappeared when the social circles that tied us together dissolved. If someone is making you feel like crap, mute them on social media and stop reaching out to them. I guarantee their opinion will seem irrelevant in a matter of weeks.

Most importantly, we must remember that we are all the “struggle friend” at a certain point. I still feel profound inadequacies when I look at the careers of some of my peers, and I’m far from a lot of the goals I’d like to reach financially because I spent so many years as an impulse-buying fuck-up. And I’m sure that, when I’m more successful and have more savings (hopefully? a gal can dream?), I’ll still feel like I’m struggling in some regards, because no one ever feels like they’ve “made it,” at least as far as I can tell.

But if I could go back and talk to my 17-year-old self, I would tell her that she’s a little behind the curve at the moment, but that it didn’t matter at all, because no two paths to success and happiness look the same. And I’d tell her that the only certain path to unhappiness is to compare yourself to others, and to think that anything will come from it besides more insecurity. That Chelsea was much, much too hard on herself, and for no reason. But 26-year-old Chelsea at least now has the benefit of knowing that being the friend without a good job, or a good degree, or money to spend on fancy dinners is not the end of the world. She knows to be easier on herself now, and to be patient with what her life will eventually look like.

And maybe, in learning from my mistakes, you can, too.