What Your Facebook “Year In Review” Will Never Tell You 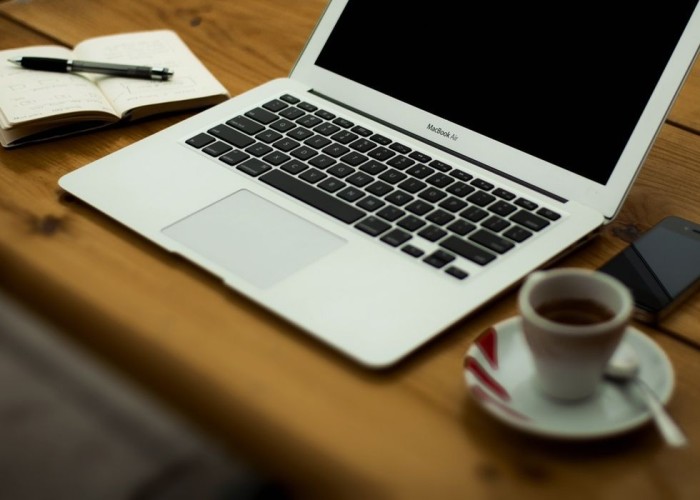 I don’t actively make resolutions, but I love reflecting on my year. Basically, I love staring into my rearview mirror for an extended period of time, especially when the year comes to an end. Facebook’s Year in Review feature is my love of recollection neatly packaged by an algorithm. I always decide my Year in Review isn’t fun enough or indicative of all the cool things I’d planned to do with my year, so I never end up sharing it. Last month’s invite to share the highlights of my year got me thinking about how we consider the past year, compared to how we discuss the new year. At the end of the year, we are so eager to wipe the slate clean, that we see only the shiny parts of the year and push everything aside. Facebook highlights the best of our year, but what about every other part of the year? What about the parts that were slightly less glamorous?

Savoring our triumphs is an important part of planning for the future, whether it’s in December, January, or any other time of year. It can be a source of motivation and a great morale booster. But, unfortunately, we also need to assess our failures. It is much more productive, yet decidedly less satisfying. If making a bubbly list of resolutions is the fun side of New Year’s Day, then the dark side is taking inventory of all the goals we didn’t meet in the last twelve months. Like the disillusioned older character in every coming-of-age story, last year’s resolution takes a drag of its cigarette, looks at your fresh resolution with a smirk and says, “I was once like you.”

A crucial part of effectively using our failures as motivation is first being honest about them. We can benefit from acknowledging what things went wrong, understanding what steps we did or didn’t take to get there, and making plans not to repeat those steps during round two. Yes, a failure can eventually become a learning experience, but only if you actually take the time to learn from it.

Near the end of 2014, I took a very critical look at myself. In the years before 2015, I had failed to accomplish projects like learning a second language, or saving a certain amount of money. I had time, support, and resources to do those things at my disposal, but I didn’t because of a combination of laziness and excuses. Admitting that these failures were on me, and not due to circumstance, wasn’t fun, but it was necessary. So in 2015, the biggest change I made was to my attitude.

In terms of the first one, I’d admittedly developed a smug attitude about my finances. I didn’t find finances boring, I’d never been one to pay bills late, and I never carried a balance on my Visa. This meant I sat proudly in financial mediocrity. Sure, I was on top of my responsibilities, but I wasn’t improving my finances. My smug attitude kept me from pursuing more productive financial goals, like saving and cutting back on unnecessary spending. Having enough money to pay off your credit card bill is comforting. Not having any money left in your account because you eat out three times a week is humbling.

So after taking myself down a few notches, the first change I made was to start “paying myself.” What I mean by this is that I treated my future-self as a bill that had to be settled. If I had a balance on my credit card and paying off the entire amount meant I couldn’t contribute to my savings, then I only paid as much as I could and ensured I had enough left over to pay myself. This seems counterintuitive, but once I established this habit, I started adjusting my discretionary spending to that I could comfortably pay my bills (including my credit card in full), grow my savings, and have something left over for myself. I learned that if I treat savings as optional, they will never become anything substantial.

The second adjustment I made in 2015 was to adjust my perceptions. The few times I actively saved money, I wanted instant gratification. I was either treating all the cash I had left over as “fun money,” or I would swear off all unnecessary spending for a month, and convince myself that reading a page out of the dictionary every single day was a terrific way to keep myself from going out. Naturally, this ended the same way most crash diets do: with a desperate binge, followed by self-loathing. For me, saving was either something I didn’t bother with or something I needed to put my life on hold for.

Last year I changed that by sitting down with a representative at my bank and deciding to set up automatic contributions to a tax-free savings account (TFSA) each month. Discussing my savings options with a professional gave me a much-needed second perspective. I went in eagerly asking about investments and mutual funds, and she gently told me it was best to start small until I had established a good savings routine. She advised that I start out with a very minimal contribution and  if I wanted to contribute more, I should allocate that additional money to a regular savings account. Ambitiously setting up a large amount of money to automatically transfer into my TFSA would make me miss the money, and would just tempt me to withdraw from my TFSA before getting used to the practice of saving.

Essentially, my failure in 2014 was in regards to money, and I spent most of 2015 learning to incorporate savings into my life in an organic way. If I were to pinpoint a failure of 2015, I would say it was my inability to acquire new skills and build on existing ones. I worked a lot in 2015 – two jobs plus a full-time course load – but I didn’t work “smart.” I was particularly passive about learning French, which was one of my biggest goals. I’ve been learning the language in school since the age of nine, but I can still barely hold a conversation. French is Canada’s other official language and fluency in both English and French almost guarantees an applicant at least an interview for many jobs, if not a job offer. In addition, since most companies here are actively working to make their services available in both languages, being a bilingual applicant in Toronto (which is still a predominantly English-speaking city) almost guarantees a job above minimum wage. If I had been proactive about honing my language skills and could confidently call myself bilingual, I would have been making more in at least one of the two jobs I held this year (at a call center) doing the exact same amount of work. I could have worked less hours and made just as much money, if not more.

Personally, I’ve found blunt assessments of my past years’ mistakes extremely helpful, and they’ve allowed me to make productive adjustments in the coming year. Glorified trips down memory lane — such as Facebook’s Year in Review — are fun and always get a smile out of me, but they make me nostalgic, instead of reminding me what I’d like to fix in the coming year. When I review my 2016, I want to be satisfied in other ways than just the shiny pictures I took.

Neya Abdi is a freelance writer living in Toronto. She is pro-Oxford commas and anti-runny eggs. She is on Twitter and Instagram.