When Chasing Your Dream Job Makes You A Bad Feminist 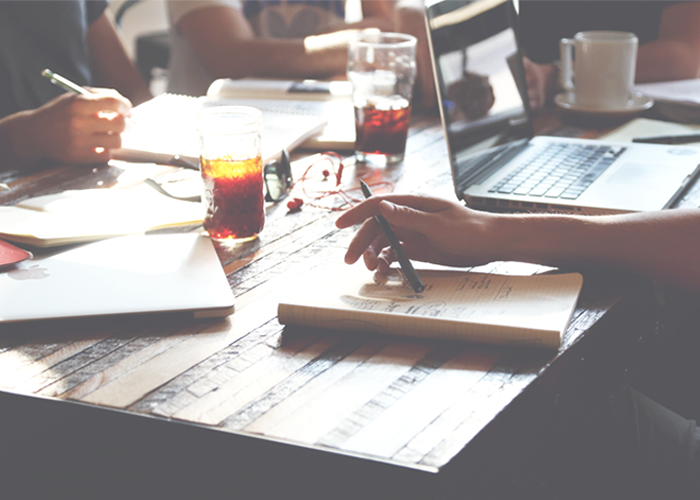 Recently, a girlfriend and I were talking about career stuff over coffee, catching up on the comings and goings of mutual acquaintances and former coworkers. It’s something I find myself doing more and more these days, and taking genuine pleasure in. Where I used to put up extremely firm borders between “work” and “life” — and still probably value that separation more than many professional 20-something New Yorkers — I get a genuine thrill out of career chat in a way I never thought I would. I used to find talking about all things work and my industry tedious, and now find everything, even the nitty-gritty of how money is made online, to be endlessly fascinating. While I know I will never be the vaunted Career Girl in personality, I’ve embraced my entrepreneurial status in the sense that each work-related conversation is now an opportunity to learn something new.

Where I once passively participated in my career, I now feel more and more like I want to be in charge of it, if for no other reason than to be able to shape my own destiny. My dream job is something that is still coming into focus, but the ability to define it and have the flexibility to pursue multiple opportunities as they come is already huge. I care more now about my career than ever before, and genuinely enjoy talking with other thoughtful, motivated women who feel the same way.

Which is why, when a mutual acquaintance came up between my friend and I the other day, I said something without thinking that I almost immediately regretted. The acquaintance in question is a young woman who is exceptionally gifted in a particular field, one that is already low in female representation, and who has before her the opportunity for a thrilling and possibly very lucrative career. The acquaintance, though, plans to quit fairly soon after getting married to have children and be a stay-at-home mom, with possible further plans to go back to school, if she feels like it. When her name was mentioned, I couldn’t help but say what a shame I thought it was, and how I hoped that we were the last generation that felt it was expected — or even normal — to make a decision like that.

The thing is, I don’t know what her internal motivations are — does she actually want to be a leader in her industry, or to build an impressive career? Just because someone is good at something doesn’t mean that it’s their passion, or something they want to center their life around. It’s a pretty bold assumption to think that the only reason someone would leave their career is because of societal pressure, particularly when so many people are openly dissatisfied with their jobs. I’m sure there are a lot of people who would give anything to be able to stop working, and to take away that agency from a woman when she is making that decision is, if nothing else, pretty damn unfeminist.

And I know that it’s a heavily class-influenced decision, as only people of certain means could afford to have one partner just up and stop earning money the second kids come into the picture. But if that is not a financial obstacle, what’s wrong with one person in the relationship saying, “Hey, we have the luxury of giving our children one full-time parent during their formative years, why don’t we do that?” While it’s obviously a very class-deaf thing to do to judge parents who cannot stay home with their children, it’s certainly pointless to excoriate a wealthy couple for making the decision to do so. The stereotype of the bored housewife does nothing for anyone, least of which the children who are likely very happy to have their mother around. If a woman is happy making that decision (and can afford to do so), there is nothing about it that’s “a shame,” even if she had a good career before.

But I’ve found that, in getting further in my own career and dedicating more passion to it, I experience the reflexive judgments of women who put their families or even just their relationship statuses first. I admit that I cringe hearing women who are “waiting for him to pop the question,” or talk about “the ring,” or who abandon all pretense of focusing on work in the year leading up to their extravagant wedding. I immediately recoil at the idea of spending tens of thousands of dollars on a big ceremony, or getting off the Career Train at an early stop to become a full-time mother (often without questioning if that role could be fulfilled by the father). I know, logically, that these choices are a) none of my business and b) hurting no one, usually. But the more I work, the more I take them personally on first flush, before reminding myself that the actual feminist response (and not the cherry-picking Lean In one) is to embrace and support that choice as much as I hope they would mine.

Unfortunately, most women still operate in a professional culture that judges all women (and their capacity to work ‘like a man,’ as terrible as that phrase is) based on the actions of a few. Most of us are in work situations with deplorable maternity leave, or a general sense of ‘losing our place’ if we decide to focus on family, even if that fork in the road is never presented to the fathers in the office. It’s hard, therefore, not to feel that acute flush of “stop it, you’re fucking it up for all of us” when a woman is embracing what we perceive to be stereotypical cues of wedding-and-baby-obsessed femininity, when she parades around the office with a super-flashy ring, or a mug that says Bride, or endless chatter about all of the adorable things her toddler is doing (that no one cares about). There will be people whose worst beliefs are reinforced by this behavior, who then take it out on every woman they interact with professionally. And it’s not limited to men, either. I’ve been to symposiums and networking events with high-level professional services women, and they can be among the most unforgiving when it comes to women who aren’t ready to Lean The Fuck In At All Costs.

I don’t believe, by the way, that it’s incumbent on women to learn to behave “like a man” in professional environments, nor to prove that they are capable of taking on all of the parental burden while sparkling in all of their work duties. I believe that there are many traditionally “feminine” qualities that are deeply undervalued in the American work environment — human relationships, collaboration, listening, personalized attention — and that the more women we have who are fully and unabashedly themselves in the workplace, the better. And I also believe that if women weren’t so brutally punished in their professional lives for choosing to have a family, many of them wouldn’t feel compelled to make such a stark decision. I know that putting the burden on them to make the perfect choices in life — when no such choices exist — is totally unfair.

But there it is. Those are my embarrassingly immature reactions to these things, the gender norm babies I so rashly want to throw out with the bathwater, because we all must be so constantly aware of our femininity when trying to get ahead. And when we are pursuing a capital-C Career, and the dream jobs within, it can feel like a race that we all must run together. It can feel like we are holding each other back simply by living our lives the way we want to, and it can elicit flushes of “ugh, gross” when a woman chooses to step out of the race which feels, much of the time, like we cannot win. The more I work, the more I judge. And I don’t think I’m alone — I know that few women make it to the top of things in our culture without looking down the ladder beneath them and thinking “I made it, why can’t they?”

I know that this is terrible. And it seems clearer to me every day that part of being a working woman is working as hard at dispelling what you’ve learned about how women should act as you do at your actual job. It might not be fair, but it’s the burden we all need to take on. Because if we cannot succeed together — and raise everyone’s quality of life on the way up — then it’s hard to argue, as women, that it’s worth it to succeed at all.