When Spending On “Experiences” Is What’s Making You Broke 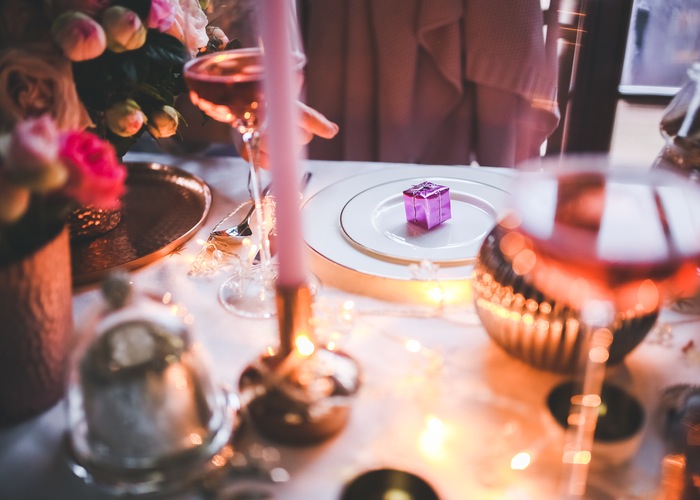 I spend money on going out. And in many ways, according to popular schools of thought about the most ~satisfying~ ways to spend one’s money, that’s a good thing. Because I’m spending on “experiences,” choosing a long, wine-filled dinner with friends over a handbag or a slightly nicer car. And through my general financial dieting, I’ve managed to reduce my “going out” spending to something much more meaningful and concentrated. I no longer rack up hundreds (or thousands) of dollars a month on brunches, indiscriminate rounds of drinks, and elaborate dinners. I eat most of my meals at home, brunch once a month max, drink less, and almost never go out for designer coffee when a cup at home would do. I’ve gotten much better, and in doing so, have been able to forgo a lot of freelance work to focus on TFD while not really feeling the sting in my wallet. Starting a business necessarily requires a more conservative outlook on spending, but in falling back in love with home cooking

, it hasn’t felt like deprivation. I’ve been living the somewhat-Spartan lifestyle of a first-year entrepreneur while not feeling like I’m sacrificing.

But Lauren and I frequently have longing conversations about all the wonderful food we would be eating — and drinks we would be drinking — if we didn’t have to be smarter about our spending. We are both huge lovers of food and eating, and while cooking at home fulfills a lot of that need (while providing a great activity), it doesn’t replace the indescribable magic of sitting down at a restaurant with good company and just enjoying the feeling of being bathed in culinary experience. There are near-endless restaurants in our neighborhood to try, and with the weekend food fairs and street festivals, not indulging in everything there is to offer feels like an almost-criminal neglect of the city around you. “Why live in New York (or any other great city), one thinks, if you’re not going to enjoy the wonderful things about it?”

And that’s the thing, right? You think you’re doing the right thing by limiting your unnecessary spending to just “experiences,” because that’s the more righteous and important of the spending categories. If you’re just soaking in the culture, the cuisine, the fundamental humanity of a place, then you’re not really wasting your money. At least, not in the same way as an overpriced piece of jewelry. It’s in this way that I spent myself into debt and bad credit over the several years before I started TFD. I looked at even my vacations (perhaps most notably my vacations) as an expression of joie de vivre instead of what it often was, which was a waste of money. I thought of myself as a mostly-broke, 20-something Anthony Bourdain, traveling the world and eating all it had to offer because, well, YOLO.

But since starting TFD, and particularly this month, we’ve reduced our communal food & drink spending to about $1,000/month between my boyfriend and I, including restaurants, bars, and groceries. We have a vacation planned in August, but as I’ve mentioned, his job accrues so many hotel and airfare points that trips are not a cost in the same way they once were, and for this particular vacation, we are staying with friends and family for the entire two-plus weeks. So we can say, with confidence, that we (mostly I) have learned how to reign in that “experience” spending to something manageable, particularly in this financially-scary first year of having a business. Things aren’t perfect, and we could definitely be spending less (therefore freeing up more time that I could be focusing on the site, instead of freelancing to bankroll my portion of the bills), but we’ve gotten a lot better.

Still, I feel that nag every day, that by cooking most of my meals, or eschewing the YOLO weekend trips I could be taking, I am doing some fundamental damage to the experience of my 20s. While I’ve now shifted into that comfortable adult-ness that dreams of property ownership and maybe even — gasp! — a family life, I can’t help but think of everything I’m missing out on. It seems like the kind of thing you’d regret, eventually — living in a vibrant neighborhood full of interesting and delicious food, and not getting out all that often to try it. And we indulge from time to time, and often feel that pang of regret afterward when the check comes. Cutting out buying new clothes or material items has been largely painless, but a summer with limited going out-time? That’s hard.

Last week, though, Marc and I had a simple date night at home, with candles, a good bottle of wine (and a nightcap), and a nice spread of cheeses, meats, salads, and some crusty bread. It was lovely, and we had a one-on-one chat for nearly five hours, about any and everything — something that’s much harder to do when sitting at a restaurant table with a pushy waiter, or mindlessly consuming your takeout in front of Netflix. It was a moment of really indulgent home dining that we hadn’t experienced in a while. Beyond just cooking at home — which we do almost daily — we were actually taking the time to make everything feel like a special night out. And it was a nice reminder that the experience of dining out, while not entirely possible to reproduce at home, can at least be emulated in the best way. Even if you decide to really go all out at the grocery store, and buy all the fancy cheese or crackers you would normally avoid, you’re still going to be at the fraction of the cost of a dinner out. You can set the lighting low and warm, you can prepare a nice cocktail

and open a good bottle of wine. You can put good music on in the background, and turn off your phones. When you do it this way, you really don’t feel like you’re “missing out” on anything, and certainly not on something as silly as “enjoying being a young person in a city with restaurants.”

Every time I indulge in one of those “at-home nights out,” I always feel wonderful, and wonder why I don’t do it more often. It’s easy to do when you’re organizing a little dinner party with friends, but even when you’re by yourself, you can shake yourself up a cocktail and set a nice little plate for yourself, and read a book with some music in the background. There is a way to recreate so many of the things we love about going out, and even transform home dining into the “experience” that we always feel so justified in spending on. We can even make foods from far-off countries that we rarely attempt on our own, getting a bit of that culture shock and out-of-our-comfort-zone goodness that we love vacationing for. Experiences are something we can create, if we choose to.

And that doesn’t mean we will never spend on going out, or that we’re going to stop taking vacations altogether. But having come pretty far in reducing my social spending, I realize that the progress I have left to make all comes down to making my own home (kitchen, dining room, and living area) an even more indulgent place to be. When you have an inviting space, and actually use it for great food and entertainment, the need to go elsewhere for it disappears. My current setup isn’t perfect, but making the effort to use it for things like at-home “date nights” is a start. The next place I live in, I will focus even more on making sure that the living spaces are inviting and open. Because the more we invest up-front on our setup at home, the less we feel like we need to escape our routine in order to enjoy ourselves. It’s not just about cooking at home or resisting the temptation to get fancy coffee instead of making your own, it’s about creating that same feeling of luxurious experience that we think we’re buying when we go out. It’s about making the process and feeling of eating at home (or even in a picnic) something that doesn’t feel like your sacrificing. And only through doing this can we truly get out of the rut that comes with thinking we need to spend on the vague notion of “experience.” Because spending on “experiences” isn’t any more noble if it’s just another impulse buy.