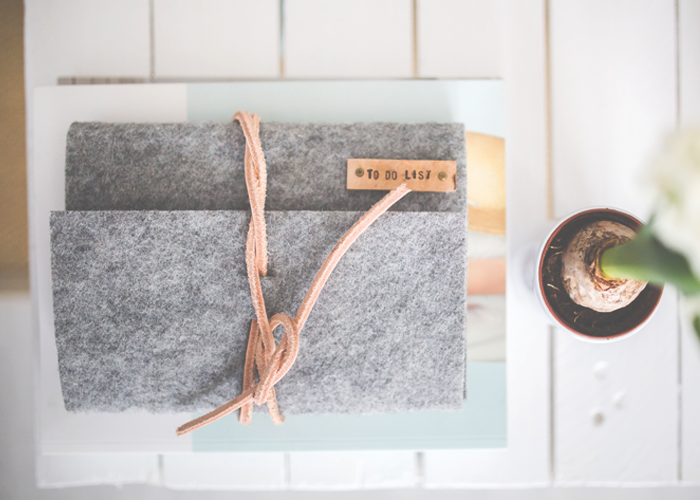 Recently, a friend and I were talking over drinks about her work prospects and the fork that lay ahead of her in the road, career-wise. She was quitting her job, and despite having gone on many promising interviews that very well could have led to an even better job in the field (if she wanted them to), she found herself weirdly unenthusiastic in pursuing them. Instead of doing what everyone — particularly concerned family members — wanted her to do, and lining something better up before she quit, she was just quitting. She had saved up some money, had a convenient living situation lined up, and wasn’t all that worried about her ability to exist for a little while. To make extra money when she needs to, she said she planned on finding some babysitting jobs. She said that she was honestly excited at the prospect of watching kids for a little bit.

I admit that it was odd, seeing someone who had so many great career opportunities lined up in front of her just simply step off the path. Maybe it would be for a month or two, until she decided to find something in her field again. But maybe it would be permanent, as she’d mentioned wanting to get into something less prestigious, but which helps people more directly. She wants a work-life balance, and to feel good about what she does. And the logical next step was to just leave her job, and figure out what is really going to make her happy in the next chapter. It made sense, but it was hard to swallow.

Our first instinct in moments like this is to worry for her — we imagine some kind of carousel that she’s consciously stepping off, where someone younger, hungrier, and in less need of money will immediately take her place. We are trained to view career paths as these linear, never-ending things which must constantly be building and stacking. And at the very least, if someone is going to up and quit a solid job in an “impressive” field, they had better be pursuing some very concrete dream that is measurably cooler and more rewarding than what they’re already doing. It’s not in our nature to see someone just saying “no” to career for a little bit, and not feel a little concerned that it’s a mistake.

But she told me something that stuck with me, something that I think we don’t often allow ourselves to realize because we are so surrounded by pressure and responsibility from both our social and professional circles: We don’t have to want a capital-C Career. We don’t have to draw our value from our job title, nor do we have to pick a path and stay on it because we are paranoid about losing out on something intangible in the future, something we’re not even sure if we want. While we will obviously always have to work to earn money and live a somewhat-comfortable life, there are a million ways to go about this that prioritize personal fulfillment and balance, and which don’t hinge on the construction of a very specific, very focused work life.

There are many jobs we can take which have more security and lower pressure, not to mention a combination of different jobs which can allow us more flexibility, even if at the cost of “prestige.” Wanting to pick up some babysitting on the side because it’s a great way to earn extra money while you figure things out is something we might look at with an immediate perception of failure, that somehow we went wrong along the road, but that’s ridiculous. Money is money, and how and when we earn it needs to fit into our lives. If odd jobs help us do that, that’s awesome.

And especially when some of the more “prestigious” jobs aren’t even earning all that much money — especially in places like creative fields — there is little incentive to construct the all-important Career beyond just the perception of others. It’s a victory in itself to land and maintain one of these jobs, and it’s something we give so much social value that it almost acts as a supplement for other negatives: long hours, unsatisfactory pay, a hostile or overly-competitive work environment, etc. While some jobs look good and give us a comfortable financial life, it’s far from guaranteed that the job which will make relatives ooh and ahh is going to be the one that really takes care of us.

Ultimately, we are often in such a cutthroat race to get to a good job that, when we land one, we don’t really consider if it’s leading us to something we actively enjoy. We don’t think of “not being a career person” as even being an option, in large part because of all the social stigma that would go along with that choice. Think of the disapproving looks from former colleagues, the worry of your parents, or the judgment of your social circle. And in most cases, it’s not because they are bad people or don’t want the best for you — it’s because they are stuck in the exact same web of social pressures that you are. (And, in the case of your parents, they’re probably worried about you losing your health coverage, which is very legitimate.)

It can be nearly impossible to tune this out, and to listen to the inner voice that is telling us what is really important in life. And it can be equally difficult to open our minds to the endless possibilities before us that aren’t neatly divided into “career person” and “family person.” Particularly as women, acknowledging that we don’t have to pick one or the other — or be totally fulfilled by either choice — is one of the most self-loving things we can do, because it truly demands that we reflect on what makes us happy as individuals, instead of working towards being society’s image of the “fulfilled woman,” in one or both categories.

Maybe you want to pursue a capital-C Career. Maybe you are happiest when you’re working hard towards long-term goals in a field you love, with projects and people you’re passionate about. And if that’s your case, that’s awesome, and you should definitely stay the course. But if you are having second thoughts about whether or not your “prestigious” job is what really makes you happy, and are thinking that a more calm, balanced work life which allows you to pursue more of your “outside-work” passions might be more your thing, you should do yourself a favor and listen to that. Look into your options, set savings goals to provide yourself a cushion, and totally start from zero in terms of what you could do with your work life, and how it could fit into everything else. Maybe in three years you want to be living across the world, tutoring English or working on a farm? Maybe you want to downsize your living situation so you can earn much less money? Maybe you’d rather have a few part-time jobs that you can fit into your schedule, instead of one big one? Maybe you want to work for yourself? No matter what your idea of a happy work life is, the point is that it doesn’t have to be limited to the Career, where you get on the track just out of college and never leave it, because you’re afraid of what might happen.

Because, when all of the oohs and ahhs about your “good” job are over, you’re the one who needs to be sitting at your desk from 9 to 6:30-ish on a good day, every day, so you’d better be sure that you like it.