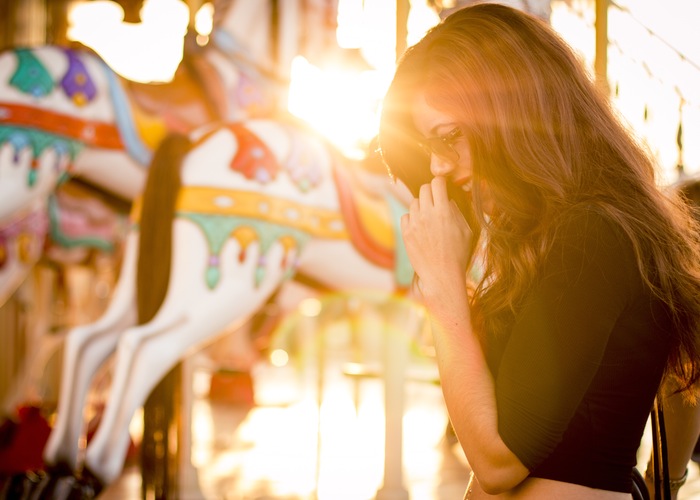 My parents were in their mid-20s when I was born. At the mere age of 26, not only were they supporting a third person (me), they owned a house, two cars, and probably a lot of other adult things, like furniture and ~nice china~ in lieu of cracked plates. I recently turned 27, and I am now officially older than my parents were when they gave birth to me. I don’t own a home. I have been meaning to buy a table for my entryway for months, but as of now the entryway is still sparse. I’m not married, and I definitely don’t have a child, which is a good thing because I’m not really sure where he/she/it would sleep.

When I was in high school, I thought about how weird it would be to go to my 10-year reunion. As a 17-year-old, I assumed that everyone would be so grown-up and different 10 years later. My 10-year reunion is now less than a year away, and I’m fairly sure 85% of the people I went to high school with haven’t changed or evolved in the way I was so sure we all would. Even my friends who are married and expecting children don’t feel like the grown-ups we once thought we’d become. I’m not sure if they feel ready for child-rearing, but I know I don’t.

Turning 27 feels bizarre because it still feels like we graduated college a few years ago, but at the same time there’s pressure to have done something since graduation. Finally I’ve adjusted to post-college life and am no longer in an entry-level position. And while two years ago, that would’ve seemed like an achievement, now it doesn’t feel like enough. I know I have more “adult” things going for me than I think: I have a steady mid-level job, and I’ve developed my blog into a great side hustle. But I’m still trying to figure out how to balance all of the responsibilities of adulthood

. Maybe I’m no longer worried about paying my rent on time, but I’m still nowhere close to being able to buy a house.

While I’m not the “changed” person I planned to be, I’m starting to realize that we’ve all evolved in some way. Unless you are some sort of prodigy or a fan of plastic surgery, your body changes as you get older. Our faces change, as do our styles, and our ability to go out on the weekends and stay up until midnight. But the expectation that we’d morph into some bonafide version of ourselves hasn’t come to fruition. I’ve spent so much of my 20s waiting for the adulthood switch to flip. Even though I’ve spent the bulk of my 20s working hard, putting myself out there, and making shit happen, it still feels like I’m behind. And it shouldn’t feel that way just because I’m not a parent or a homeowner yet.

When I was 15, I thought people in their late-20s were adults. Sure, I also thought high school seniors were toeing the line of adulthood, so perhaps my perception was skewed. I spent a lot of my youth qualifying people who are older than me as “adults.” And now the older I get, the more I push that magical “adult” number off into the distance. Adults have always been people my parents’ age. It’s a sliding scale. I’m sure when I am the age my parents are now, I’ll classify “adults” as people who are retired and have grandkids.

In my mind, my parents always had their shit together. That’s what made them adults. They weren’t always well off, but they were able to afford property, support their family, and even go on vacation occasionally. But if I take a step back, even though I don’t own a home or a West Elm entryway table, I’m sure there are younger people who look at me and think I have my shit together. My younger self might even agree. I own my car. I live in a good apartment and always pay my rent on time. I invest in high-quality clothing when I can. I occasionally go on vacation. So, yes, there are probably people out there that consider me to be an adult. I’m just still second-guessing myself because I’m not where my parents were at my age.

If you’re in your late 20s and don’t feel like you are where you’re “supposed to be,” I recommend focusing on the positive changes that have happened in your 20s. I always focus on the things I haven’t accomplished yet. But if I change my perspective, I’ve actually come a long way, even from three years ago when I was 24 and driving a car that started with a screwdriver. (Don’t ask.)

It’s important to realize when I’m being unfair to myself or measuring myself against too-high standards. No, I don’t own property yet. I am not at a place in my life where I could even think about children. But I have progressed in my career, I can comfortably pay my bills, and I have learned how to save. Maybe I haven’t saved enough for a down payment on a house, but that doesn’t mean I’m behind.