When You’re Only As Good As Your Bank Statement 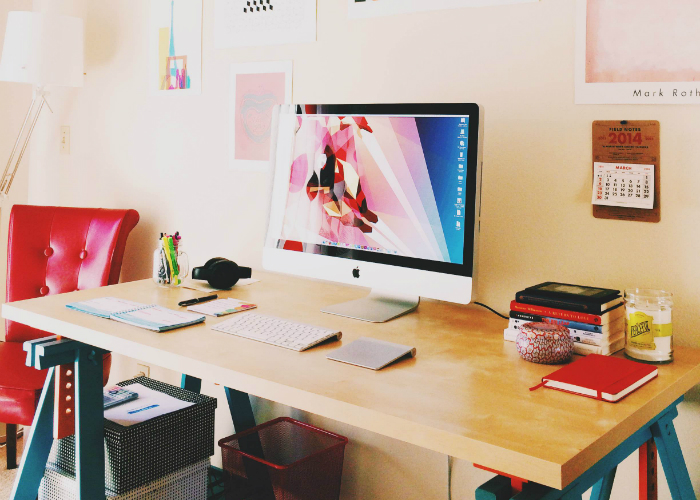 I don’t like to deprive myself, because I’m ashamed of the need for deprivation. If I have to say “no” to myself, then it means I don’t have enough, that I’m not enough. Budgeting means I don’t have enough money to live without a budget. Saving money means I don’t believe in myself to replenish my bank account, that whatever money I have now is as much money as I will make. Saving, budgeting, restricting, depriving are all indicators that I have given up hope in my ability to be prosperous. It doesn’t feel like an act of love or safety to keep my money. It feels like an admonition that I no longer think I am capable of accumulating and earning wealth. Making myself budget and save feels like an insult to my talent.

If I was good enough, I wouldn’t have to worry about money.

So, I spend. I spend out of the need to be adequate, to prove to myself that deprivation is for people who are not good enough to be successful. The last thing I ever want to be is average, inadequate, just another semi-talented person who couldn’t make it work. Not worrying about money is like my way of wearing the clothes for the job I want.

I’m spending the money for the life I want.

Over the course of my life, I have picked up a dangerous belief about financial wealth. In my mind, the formula for monstrous financial success is: talent = $$$$$. I assume that money follows talent, excellence, brilliance. So, every time I experience a financial downturn, I don’t just think it’s about my own responsibility with money, but about my talent as an artist, in that I don’t have any. If I had any talent, if I was actually a very talented artist, I wouldn’t be broke.

Maybe this belief stems from internet culture, where it seems like if you’re good and you put your work on the internet, you will be discovered and given endless opportunity for money. Online, there’s a perception that good work floats to the top and, if yours doesn’t float, it’s probably not any good.

These are the kinds of cruel tricks my mind likes to play on me. Because, logically I know that plenty of people are discovered after sharing their work for years, decades. Plenty of people are discovered immediately. I don’t know anymore if good work floats to the top or that good work is rewarded. Hell, I don’t know what “good work” even looks like now.

All I know is that my own perceived inadequacy leads me into some destructive spending habits. These beliefs I have spinning in my mind trick me into thinking that my bank account is an indicator of my impact or talent as a creative. I could learn every bit of financial advice in the world, but if I don’t unravel this belief that every dollar earned or lost is proof of whether or not I’m a “good enough” artist, I will always lose more money than I could ever earn.

The weird thing about money is that financial instability is hardly ever about actual money. No one can escape the subconscious messages we learn simply by existing in the world. The problem is that most of us are overly practical and simplistic about how we approach money. Sometimes the answer to our financial woes are things as simple as: a bigger paycheck, a better job, less bills, a good budget. However, a lot of times the answer is trickier than that. It’s about recognizing that many financial problems are symptoms of our personal emotional beliefs about money. We learn much of our financial stress and habits from our parents (or primary caregivers) and bring those childhood lessons—healthy or unhealthy—into our adult lives. Our culture teaches us about money. From the time we have cognitive ability, we are ingesting messages about money and our role in earning or spending it.

Sometimes the answer to a healthier financial life is in recognizing tools and habits that can actually help in a practical sense. Other times, the answer is deeper. All of us have an aspect of our identity that is directly correlated to money. Until we get that right and healthy, it’s going to be a rough go of it trying to change our financial habits.

However, once the story changes, the habits can last. Many times, we can discover that our own beliefs about money have been sabotaging our efforts, and that abundance isn’t in making more money, but in recognizing how much of our self-esteem and self-identity we’ve been attaching to our bank account — both in its peaks and its valleys. Something as simple as a perspective shift can make us feel wealthier than we’ve ever felt before.

When I stopped assuming that my bank account was proof of my impact as an artist, the world opened up, and I was able to disassociate my money from my talent. I could stop spending recklessly out of an attempt to prove to myself that I was successful, or that I would always be capable of earning it back. I could finally detach money from emotion and stop letting dollar signs and numbers dictate my self-worth, or my worth as an artist. I could look at money rationally and logically, which is really the only way to look at it. I felt freed from using unreliable metrics to give myself permission to believe in my work, because money had no place in that. Money was no indication of my worth as a human, and recognizing and truly believing that has felt more valuable than any amount of money I could have ever earned.

Jamie Varon writes, designs, and overthinks. What she thinks about most is how we should all just hug and chill and make each other feel less alone. Find her here: Twitter / Facebook / Instagram