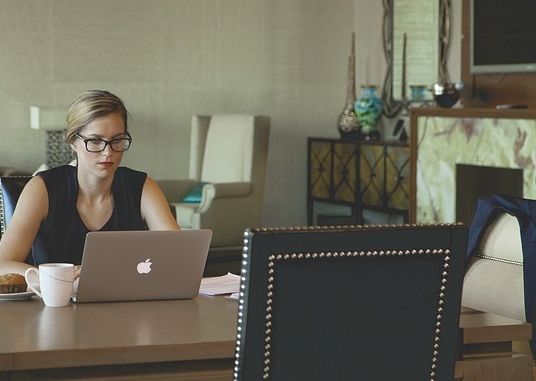 A week or so ago, I woke up with a sore throat. With an alternating regimen of tea, vitamin C, echinacea, lozenges, and soup, I hoped to have kicked it by that evening. By the next morning, it felt like I had a dagger in my throat, and being completely unable to swallow, I worried it was strep. Strep isn’t the end of the world for me, especially because I work from home, and am not in danger of getting anyone else sick. The only problem is, I don’t really have a doctor I can go to. And I wasn’t itching to show up at the emergency room for a strep test.

I’m technically on an insurance plan that covers “low-income adults, families with children, seniors, persons with disabilities, children in foster care as well as former foster youth up to age 26, and pregnant women,” according to Covered California. When I quit my job, and (voluntarily) bid a fond farewell to the PPO that covered everything under the sun and cost me $40/month, I qualified as a low-income adult. At the time, I had one freelance contract, various side hustles, and savings lined up to fund my life as I ~pursued my dream~ and found more clients. I had even saved up enough to cover health insurance costs for a few months while looking for a job, so I tried to enroll in a better plan (a PPO or HMO), but was not allowed to do so because of my declared income.

Of course, I am lucky to live in a country that provides those earning less with free or reduced-cost insurance, but I can’t pretend my situation is not uncomfortable. I feel guilty for even taking free health insurance when I know there are others that need it more. (I’ve been assured by Obamacare representatives that my usage does not deprive others of it, but it still bothers me.) Furthermore, much as I hate to say it, I don’t know anyone else my age, or even eight years older than me, who has worse coverage than I do. I cannot go to the doctor I used to visit, and I’ve called eight other doctors and dentists, none of which will accept my low-income insurance. There are many amazing components to quitting your job and going freelance. But part of my experience involved tearing up in front of an Obamacare office employee, after waiting four hours for an appointment. (And then showing up to my full-time job three hours late, because I was trying to acquire health insurance that would allow me to quit.)

Most of the people who graduated college or turned 21 before Obamacare took effect have worse experiences than this. By the time I graduated college, I was already allowed to stay on my parent’s health plan until my 26th birthday. However, six or seven years ago, 22-year-olds were graduating from college, losing their health insurance, and going without it altogether. They couldn’t stay on their parent’s plan, so if they didn’t have a job directly after college offering them benefits, they were out of luck. (Add on the fact that those graduating college around 2008 or 2009 were facing an almost nonexistent job, and they were up against quite a bit.)

Currently, going without healthcare altogether is not an option. The system now in place requires that you have health insurance, or you’ll have to pay a penalty at the end of the tax year. I am not 26 yet, but going back on my parents’ plan after giving up my benefits was not an option. Both of my parents are self-employed, so they couldn’t just tack me on to the end of their company plan. They would’ve had to insure me separately and pay just as much, if not more, than I would pay for my own plan. So, about four months after my 23rd birthday, I was flying solo on health insurance.

Two months after I quit my full-time job, I’d added more clients to my freelance docket and was financially able to qualify for a standard Obamacare plan, instead of the low-income insurance. I called, hoping to start paying monthly for full benefits, and hit a dead end. And then another dead end. I was told to call the next month, and then the month after that, and each time I followed through, and was sent in a different direction. I cannot fully explain the trajectory of the mixed messages I got while trying to exchange my benefits during a period that was not open enrollment, but suffice it to say, it’s now September, and I’m still on the same low-income health insurance, and have yet to find a doctor who will accept it. I still don’t have insurance that is strong enough to cover my monthly prescription. By the time I enroll for new benefits during open enrollment, and they kick in, I will have had this insurance for 10 months.

Open enrollment happens in November, and the benefits you sign up for kick in at the start of 2016. I’ve talked through insurance plan options with Obamacare representatives, and I’m looking at paying north of $200/month for one of the least expensive plans. And that is for a similar income bracket to the one I was in when I was salaried and paying $40/month for benefits. Freelance health insurance doesn’t come cheap. Thankfully, I have been budgeting for this for quite some time, and, though it will be pricey, I’ll be relieved to have benefits that allow me to see my doctor when I need to.

I honestly dislike talking about health insurance, and not because it’s a fairly unsexy topic. I hate mentioning it because I don’t want to admit that even after I was able to make a full-time income writing, I can’t go to the doctor’s or the dentist. I managed to not use my emergency fund at all during the period of time when I quit my job to follow my dreams, and yet, when I look at my health insurance situation, it feels like I’m so far from “making it” as a writer. One of the ways I measure success for myself is based on the goals I set. When I left my consistent salary and benefits, my goal was to work my way back up to making a similar salary, while providing myself with comparable benefits, and making similar 401(k) contributions. I’m nearly back on track in terms of the amount I make, and have been setting aside money that will account for my 401(k) contributions. But health insurance is still holding me back from meeting my goal.

While it’s hard for me to discuss this topic, I think it needs to taken into consideration for all those following their dreams— whether that means quitting their job to travel responsibly, pursuing a different path, or becoming self-employed. Not everyone has to take the extra step of finding their own insurance, but for me, it has been one of the biggest headaches and most challenging side effects of following my dreams. And while I would never give up my freelance life to return to my salaried job, preparing to pay $250/month for health insurance is one of the harsh realities that comes with that.