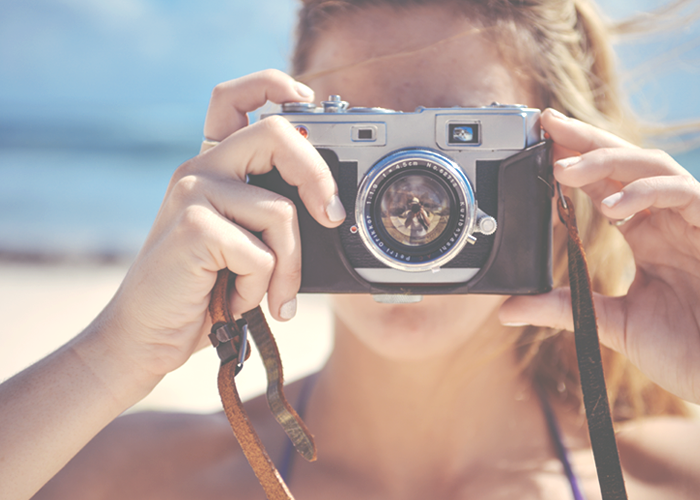 There’s a trend online that is so grating to me that I find myself talking about it at least once a week. No, it is not selfies, listing your significant other in your bio, or Instagramming your dinner. (Though those things are all worthy of their own rant, in their own way.) Today, though, I’m talking about something that’s become weirdly ubiquitous in the past few years, despite being utterly useless to the vast majority of its audience: it’s the “why I quit my incredibly lucrative job to travel” thinkpiece, and it needs to be put down.

Recently, I was talking with a friend and her boyfriend about why we hate these pieces so much. We were getting frustrated trying to articulate our outrage. As he pointed out, “Those pieces do have a place in our culture. Many people hate their jobs.” And while this is true, it’s also indicative of a pervasive line of thinking that our generation seems to feed off of like zombies on a rotting corpse: the idea that you’re supposed to absolutely adore every job you have, and that quitting your job is universally something to be celebrated.

Of course, in a perfect world, we would all love our jobs. I hope to have the job of my dreams one day, and to love every second of it. But until that point, I have to work and earn money doing a lot of things I’d rather not do. That’s the whole idea of work. One writer I enjoy, a particularly anti-establishment sort of guy, Ernest Baker, has often given interviews about how he had to work at a high-paying business job before he ever left to do the job he wanted full-time. Such is the case for many, many of us normal people. So why do we revere the incredibly privileged 1% of high-earners who quit their jobs not just to take a more ideal job, but to fly their asses to the Caribbean, only to preach to us about it as if they’re onto something new?

I’ve got news for anyone who finds this impressive: these people are just retired. These people are also part of a particular class of assholes, in my opinion, who are entirely too ubiquitous as voices in our culture: the Captain Obvious Lifehackers. They allow their position of privileged calm to turn them into a pseudo-spiritual thinker, ready to dispense wisdom about how to live more like them (while conveniently never mentioning the “have a lot of money” bit). They pass down completely intuitive advice in essays, thinkpieces, and listicles as if they are lifestyle gurus. Walk often, they say. Read. Keep your inbox at zero. Spend money on experiences. Don’t gossip.

I hate to be harsh here, but these people aren’t to be revered or followed, nor should we feel inadequate for not being able to cut ourselves off from a glamorous Wall Street lifestyle and follow the horizon. You know what’s impressive? Working an hourly job, day in and day out, while you work on your passion on the side, just to save enough money to finally break out on your own. You know who we need to be hearing from? People who own their own businesses, or people who have learned to monetize their craft, and slowly but surely turn the things they love into something sustainable — without six figures in the bank to cushion the blow. You know what I want to hear about? How people afford traveling on a real, full-time schedule. Because some of us have to integrate all of this wanderlust into a professional life, and can’t make it all one or the other.

I’m sick of listening to people evangelize early retirement, as if they should be lauded for giving up on their career to do nothing constructive or interesting with the rest of their lives — as if we should idolize them for simply being able to afford to quit their job overnight, because they decided the life of an extremely high earner “wasn’t worth it.” Good for them, of course, but what does it have to do with our lives? It’s an incredibly boring story — rich person makes rich person choice — and it’s damaging when repeated in our culture endlessly. In fact, a couple that went viral with their story of quitting their jobs to travel recently shared some sobering news: they’re broke and struggling. Every one of these “I left my job to travel” stories should come with a disclaimer. How much was this person earning before? Did they have student loan debt? Exactly how much privilege cushioned this person’s fall from a normal life of work?

I seriously doubt that we’d be looking to these people for life inspiration if we could see how the sausage was made. And I’m sick of seeing another person every week who the Internet deems special because they simply decided not to work anymore. If only we could start celebrating people who have learned to compromise on their perfect situation and build their dreams in slow, self-sustaining ways, so that we could all learn something that we could put into action. If only we could stop idolizing the rich for doing a rich-person thing, just in a more “zen” form. If only we could talk about how to make your dreams a reality when quitting a high-paying job isn’t an option, because you never had one in the first place. And maybe one day we’ll get there.