Why I Don’t Live With My Boyfriend, Even Though It Would Save Me Money 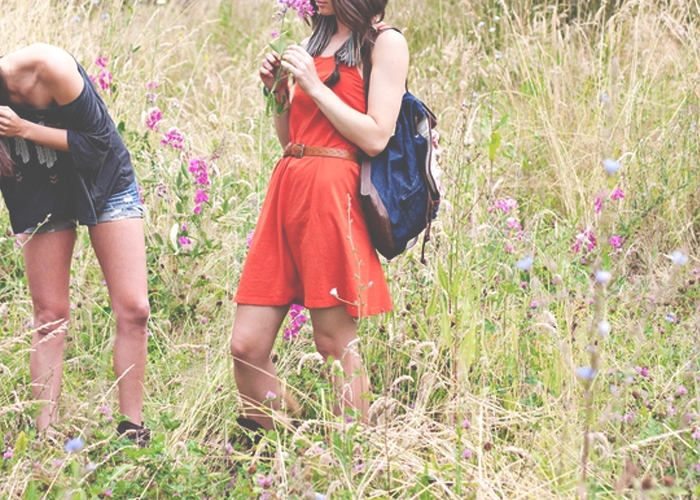 I find the precedent of when you’re supposed to move in together overwhelming. It seems like if you’re of a cErTaiN aGE, and have been dating someone for a while, or have relocated together, then you should be living together. Barring couples with fairly religious families, moving in is what you do when you’re “serious.”

Most of my friends who are in relationships (including the ones who have been in relationships for less than a year) are moving in together with their significant others, and it sometimes feels like I’m falling behind. My boyfriend and I have been together much longer, but still do not live together.

It’s not, of course, that I’m opposed to watching my friends move in with their partners, no matter how long they’ve been together. Our 20s are when we all have to accept that we’re moving at different paces, not just in our relationships, but in our careers, financially and in terms of general adjustment to living on our own. We aren’t “falling behind” just because we aren’t doing something in sync with our closest friends.

Yet when everyone moves in, even if they’ve been together half as long as my boyfriend and I have, it makes me feel like I’m not as sErIoUs as they are. There’s some little part of me that’s tempted by moving in just so that I too, can be part of the circle with the other couples we label as serious, or as knowing where their relationship is going, because they live together.

But I do know where my relationship is going, in so much as anyone can. And obviously, moving in for appearances isn’t something I’m interested in. I honestly just haven’t moved in with my boyfriend because I like my life as is and am not ready for it to change just yet. I have faith in my relationship — we have nothing to prove to ourselves or to each other in terms of commitment. It doesn’t even depend on us being in the same place necessarily (if tomorrow I decided to move back east, we would be okay), and it doesn’t depend on us taking that next big step. And if that means I’ll occasionally feel like my friends are trumping me in terms of commitment because they’re apartment hunting with S.O.s while we are not, I will have to live with that.

The biggest argument on the side of moving in, and argument against everything I just said, is that if you and your S.O. spend most of your time together and eat together, you’re effectively paying two rents and two grocery tabs when you could be paying one. Moving in together would mean saving money on rent (honestly, my rent right now is finally decent, so I would probably save $200/month moving in with my boyfriend, if we found a good place).

So, needless to say, moving in is tempting. I think eventually I’ll give in to the temptation of moving in, but it can’t be just because I want to save money. It has to be because I’m actually ready for that step — and not just in the effort of keeping up with people around me, or making myself feel more mature. Because right now, I don’t think paying more every month to not live with my boyfriend is a waste of money.

While I’d love to save $400/month, I love being on my own more. I love getting to work in the same room as my roommate, I love retreating to a room that is just my own, and I love not having to share my closet. When I move in with someone, the hope will be that we won’t move out, and if that’s the case, I love appreciating the time before that happens.

There is a lot of time ahead of me that can be used to shack up with someone — whether that will be with my current boyfriend, or someone else. But if that’s true, it also means there’s a limited amount of time when I can live with friends in a moderate to shitty apartment in the city. There is something wonderful about being the ~young woman~ living her life with her roommate, for that special time in her young life. It’s a chance to explore life and see the world in a way I’ll never have a chance to again, with a roommate I adore. And savoring that, to me, is more worthwhile than saving the money by moving in with my S.O.