Why I Don’t Worry About Saving Money 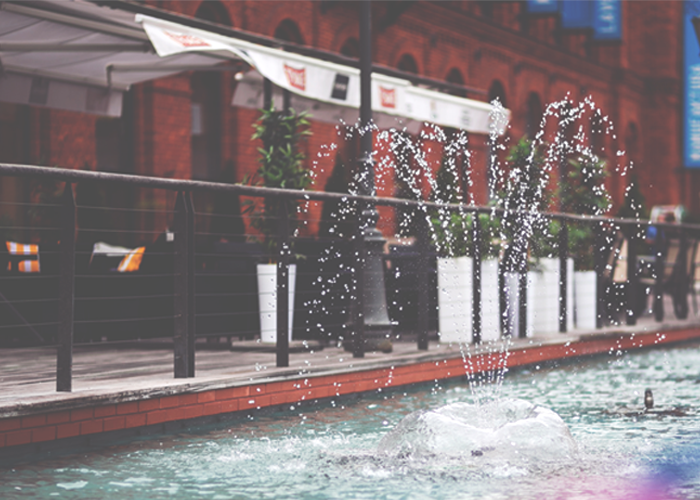 I’ve never been a scrooge. Ask anyone, I’ve been a spendthrift my entire life. When I was young, I’d save up my allowance to buy whatever American Girl Doll dress I wanted next. I didn’t think in the longterm. I gave no thought to pooling my money for a bigger purchase such as a furniture set, accessory pack, or an additional doll. (I had two dolls: Molly and Samantha for LIFE.)

If I’ve learned anything about myself it is that I love spending money. I’m no longer addicted to it like I once was, but who doesn’t like being able to buy themselves something new, beautiful, or fun? In college my big spending tendencies made me both the life of the party, and landed me in over $10,000 of credit card debt. Really not cool.

Prior to moving to New York, I spent four months surviving off of unemployment checks and living in my grandmother’s attic. It was 2010, the very middle of the recession, and the only place I could get hired was Bath and Body Works. I had to be very, very frugal. This worked, but only because I had a lot of time on my hands to do things myself, and scout for great deals

Why I Don’t Think Focusing On Savings Alone Works

I tried to adopt this frugal-or-bust attitude when I landed back in Atlanta in 2012. I was employed, but I took a substantial pay cut from my former job and needed to learn how to tighten my belt. I spent a lot of time at my job, building my blog, and doing things to “be frugal.”

Even though I was employed, I wasn’t making much, and I was living paycheck to paycheck. I knew I wasn’t going to be able to really start contributing to my savings until I got serious about earning more money. Instead, I shifted my mindset to focus on trying to make more, instead of trying to find savings in my relatively-small existing income. It worked: in 2013, I started my side hustle (a social media/blog and content strategy business) and used that to pad my savings account. Eventually, I was able to afford to purchase a home, and use that money to fund a runaway renovation.There are lots of ways you can side hustle and make extra income. You just need to get creative, be willing to sacrifice your free time and stop agonizing over saving on a paycheck that can’t significantly change your savings account.

What I Throw My Energy Into (Instead of Savings)

If all you’re interested in is saving, that is all you’ll do. And you’ll save a dollar here and there, but it won’t be enough.

By the beginning of 2014, I had increased my income 60% over 2013, and I hadn’t concerned myself with saving at all. That’s not to say I don’t save. I do. I consistently put away between 25-40% of my paychecks each month. It’s just that I no longer worry about chasing down every runaway penny. I don’t have time for that, and neither do you. I’m not advocating being reckless with money, as I’m certainly not a millionaire. I’m also not advocating throwing caution to the wind and living life without a budget. I’m simply suggesting an alternative method if you’re looking for ways to revamp your finances.

Over the last two years, as my blog and business have taken off, time has become more precious to me than money. Sometimes penny pinching can’t be helped, like when you’re unemployed and need to make every dollar count. But my advice for those out there struggling to get a foothold on their savings or debt repayment: think about how you can earn more rather than save more.

You should always try to save money while earning more, but ultimately…you can’t save if you barely have enough to get by.