Why I Fear Being Wealthy 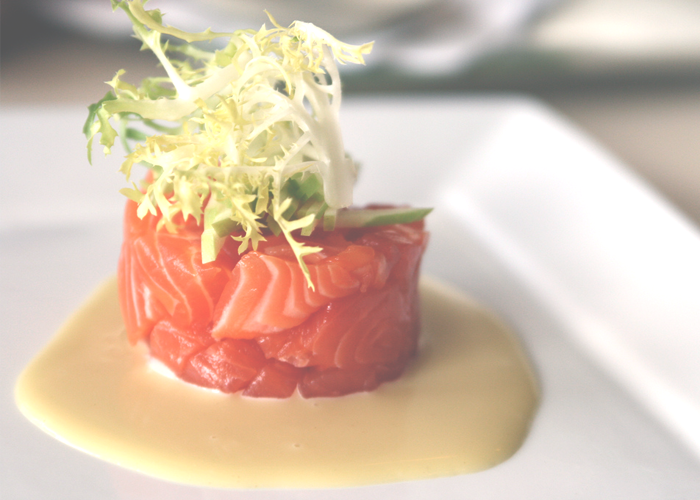 Last week, Marc and I had dinner at a three-Michelin-starred restaurant in New York. It was our second Michelin experience (the first, nearly two years ago, shortly before we moved away from Paris), and our first three-star. It’s an expensive “experience,” yes, but one that we both savor and appreciate for months and years both leading up to and following it. My big Christmas gift to him last year was the very gift card we used last week — all the way in July — and it’s not an understatement that we’ve spent those seven months checking the menu updates, reading reviews, and delaying the gratification of the (ultimately incredible) meal.

But it would also be an understatement to say that, each time we’ve dined at a restaurant like this, we’re incredibly taken aback by the diners that surround us. Last week, when we walked in from the rain and greeted the three elegant hostesses at the reception, we interrupted what appeared to be a pretty severe tongue-lashing from a client who was not happy about not receiving the table she wanted, but did not specifically ask for. She chided one hostess for not insisting the patrons currently occupying the table move for her benefit, and snapped at the other two when they tried to help find a solution. After the first hostess had safely escorted her to the bar, I joked to the other two about how unreasonable clients like her must be a pretty frequent occurrence.

“At least ten times a day,” one told me. “And actually she wasn’t that bad, usually they’re racist, too.”

She told us about the awful comments she’ll receive on a daily basis about her natural hair, or the assumptions that her white colleague (who is actually the new girl) must be her boss. And only seconds after showing us to our table, she was called over by a table full of noisy businessmen to talk to them, presumably, for their entertainment.

As Marc and I looked around, it became clear to us that our situation — coming here after months of anticipation, for an extravagant experience that we allow ourselves once every year or so — was the exception, rather than the rule. It was a Thursday night, and most of the tables around us seemed filled with businesspeople on important dinners, client outings and the like. There was also a not-insignificant amount of families, complete with bored-looking children playing with iPhones as they pushed their $200 meal around their plate. One family of three — a much older man, his beautiful young wife, and an 11-year-old boy in a suit jacket — seemed to not speak to each other for the entire three hours we were seated across from them.

I’m sure that the weekend crowd (and the more budget-friendly lunch crowd) is filled with excited gastronomic tourists like us, and that the weeknight aspect only added to the “bored regulars” dynamic, but still, it was painful to see. How can one become so numb to this level of luxury and delicacy that they find the energy to harass a hostess, or barely touch their food because they know they can come back a week from now to get the exact same thing? How could you sit in silence with loved ones in such an extraordinary setting, when everything from the wine to the setting to the impeccable service is worth discussion and excitement? How could you not want to spend hours talking about the nuances of your food and trying one another’s dishes?

I won’t say that it ruined our dinner — that would have been impossible — but it was certainly sad.

And it made me wonder about the children in the restaurant: where do they go from here? What will be left that their pleasure receptors are not numbed to? Are they doomed to end up like the 30-something businessmen with physically flawless dates who spend the entire time talking to their bloated, red-nosed bosses in $5,000 suits? Marc and I briefly promised each other, on the slim chance we end up with the kind of money that would afford frequent dinners in a place like this, that we would never do it for the simple goal of keeping it special (and that, under no circumstances, would we ever bring a child with us).

Because, even today, and even with our relatively normal lifestyle, we have still become numb to things that are considered a luxury by huge portions of the world. Going to a restaurant is not inherently a thrill. We don’t have to think twice before we buy basic things, and are able to travel many times per year. We have already come to take these things for granted to a degree, and though we would never treat someone the way rich, impatient clients were treating those hostesses, we probably come off as tired or bored when we’re receiving customer service, as all of us do from time to time. The simple act of getting seated at a restaurant or shaken a nice cocktail is not something special, just as a five-course tasting menu by a world-renowned chef has become nothing special to the people who dined around us on Thursday night.

In moments like this, I fear wealth, and its numbing, dehumanizing effects. Aside from what we know, statistically, about the rich and their tendency to give less and be less compassionate, there also seems to be a general boredom that settles over a person when they are given such unbridled access to the best of what the world has to offer. By many standards, the average American is already “rich,” and despite the fact that a not-insignificant portion of the world will never sit down for a meal in a restaurant in their lives, we feel nothing particularly thrilling about the experience itself — it can be either good or bad, depending on the quality of the individual moment.

But this is ridiculous. These things are incredible. Our freedom to move around the world, even in coach, is fabulous. Our ability to immediately quench our thirst or hunger with a snack we can pick up at any number of clean, safe eating establishments around us is a privilege that many people will never know. We may not be sitting in a three-star restaurant overlooking Central Park, but by many standards, we are already in the luxury class of what the world has to offer.

That dinner, in some ways, felt like the Capitol in the Hunger Games, a parade of ostentatious wealth that had nothing left to do but consume, mindlessly, because it can. And though there is no way to guarantee that you will not be this particular kind of wealthy person, if you ever do come into wealth, there is certainly a way to be lucid about what we have every day. There is a way to stay empathetic and human, and remember that the things we assume are everyday aspects of life are far from a given. And we can also be more thoughtful about when and how we decide to “treat ourselves” with lavish experiences, even when we can afford them frequently. A dinner we make ourselves at home, prepared with someone we love and enjoyed over a few hours and a bottle of wine, can be a deeply pleasurable and rewarding experience. And just because we can replace it at every turn with an expensive meal out doesn’t mean we have to, or that we will become the type of person who wants to. We can still hold onto and love the little things, so that the big things — on the rare occasions we enjoy them — are that much sweeter.