Why I Regret Not Moving Home After College 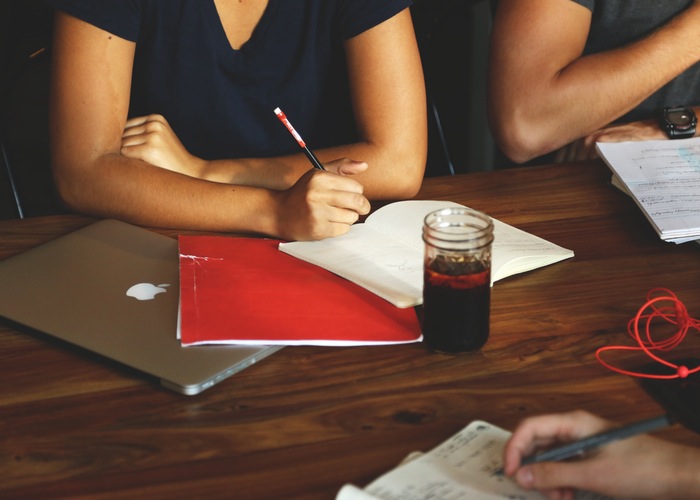 I was a mess at my college graduation. You can’t find many pictures of me smiling in a cap and gown on Facebook, because I spent a lot of the day crying and my mascara was everywhere. I made a lot of excuses for the tear streaks across my face: I was overcome by having my whole family together (my parents aren’t often in the same room); I was preemptively missing the friends that were leaving town the next day (true, but not the cause of my apparent heartbreak); I was massively hungover (false, I was as sober as hell). None of those fibs were the reason I didn’t show up for post-ceremony pictures. I was busy drowning in tears of my own self-pity because all I could think about was the fact that I was fucked. The summer before I had interned at the London Olympics (one of the most coveted internships at my school), and yet two days after graduation, my plan was to go back to working at my college town’s Mediterranean restaurant.

So, everyone left my college town, and I stayed in the charming enclave of upstate New York that made upsetting realities like “life” and “jobs” and “savings” seem a little farther away. I wasn’t ready to leave, and I blatantly refused to move home. I claimed that when you have divorced parents, it’s unclear which home you’re supposed to move back to after graduation, and used that as one of my many excuses. But really, I saw everyone else moving to a city, or getting job, and it felt like all I had was a bunch of open tabs on my computer for jobs I had no interest in. I assumed moving home would be one more defeat, so I stayed in a place where I’d at least have the pride of paying my own rent.

I had my pride, and a longstanding waitressing job in Ithaca, and I’d made myself believe I didn’t have anywhere else to go. I picked up a second job at a winery, a twice-weekly volunteer shift, and a babysitting gig. I worked seven days per week, hoping that at least one of the gigs would give me some sort of direction. I probably made about $600/week on good weeks, and closer to $300/week when the tables were slow or I didn’t get enough shifts at the winery.

Had I moved home, I could’ve lived rent free at my mother’s in Boston, or my dad’s in North Carolina, and pocketed every dime I made. I would’ve had a savings account that was robust enough to fund my move to LA, without wiping it out completely. The nine post-grad months I spent in Ithaca, working any job I could find, volunteering, learning about wine, and going out with friends were amazing. But it was a decision based entirely on stubborness, pride, and the terror that comes with not knowing what I wanted. I still berate myself for crossing the “move home” option off of my list, without considering the benefits.

I had so little that I was proud of that I reveled in the thought that I could at least feel superior to the people moving home. Two and a half years later, I’ve spent a lot of time feeling stupid for thinking that way for even one second. Playing a shitty game of social-media-one-upmanship is a slippery slope. While few post-grads will openly admit it, so much of the few months following graduation are spent tracking people’s job status on Facebook, and learning who moved to the city, who moved home, who paid their own way, etc.

It is never okay to assume you have more of a hold on your finances because you’re paying your own rent and someone else isn’t. First, some of the people who moved home were paying rent. And those that weren’t were saving so much more than I was that I’m still kicking myself for it. Learning to interact with a landlord, and argue with the Internet provider when they don’t deliver, are good skill sets to hone, but hitting that mark a few years before fellow classmates isn’t worth gloating about. I have so much admiration for the people who moved home specifically to save money because the only thing that action proved is that they had more humility than I did. They were working just as hard as I was, but they were putting that money away in the bank, or using it to get a jump start on paying back their loans.

My best friend moved home after graduation, and resumed her job working at the coffee shop she’d been working at since she was 16. In her first post-grad year, she paid back almost $10,000 in debt. Her budget was as strict as mine was, and now she can afford to take trips that I can’t, and is back in graduate school. In my first nine months out of college, I saved as much as I could, but most of it was used moving across the country, shipping my car, putting down a deposit, paying first and last month’s rent, and buying budget furniture for my apartment in LA. (The rest went to an unexpected car payment, and dental work, but fortunately, by that time, I was rebuilding my savings account at a new job.)

I dont think it’s about what decision you make after college, or high school. I think it’s better to put a premium on why you made a decision, and the goals and intentions you planned to follow-through on. My goal immediately out of college was to rush toward ~making it on my own~ because I had nothing else to rush toward. I can’t say I’m not proud of my 21-year-old budget, and that I didn’t learn valuable lessons about myself, and what I wanted for my career while working those four plus jobs. But I assumed the route I took was the only route, because I was overwhelmingly concerned about everyone else’s perception of my life, and I wish I’d seen the alternatives.