Why I Throw Myself “Failure Parties,” And You Should, Too 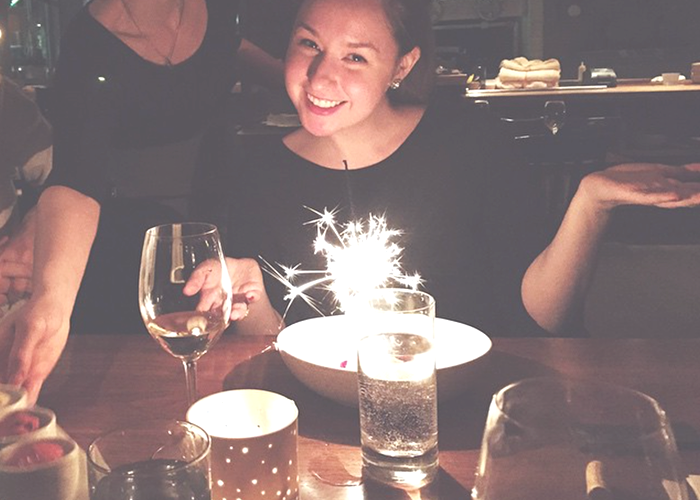 I was rejected recently. It was an opportunity, I had put a lot of work into it, I did my very best, and I didn’t get it. There was no two ways to look at it: this was a failure, even if it wasn’t a permanent one. And I know, on an intellectual level, that there will be a thousand more opportunities and a thousand possible successes, and that I’ll forget about this one little disappointment in a matter of months, if not weeks. I know that, and you know that when it happens to you, but it doesn’t make the act of failing in the moment any less painful.

And for a long time, especially when it came to professional failures, I was a bit of an expert in self-flagellation. I felt, on some level, that it was a necessary penance to pay to obsessively re-assess everything I did wrong, everything I could have said or done to save it, every reason why this one failure is an indictment of my personality as a whole. I found myself constantly worried that if I didn’t properly berate myself, that I wouldn’t really “grow” from the experience, though I was never sure exactly what that growth would look like. I just knew that there was a part of the cycle that made the guilt feel good and productive, instead of the often-crippling masochism it really was.

What’s more, I was this way while not at all being a perfectionist, or even a type-A personality. I know that there are many people who take failure harder than I do, and even though I tended to wallow in disappointment, I was not the kind of person who would consider a sort-of success to be a failure, as many people do. I was okay with a C grade, and only really panicked when it was an F. I know a lot of people feel the immense self-loathing set in at a B minus.

But when I started my own business, out of necessity, I became more obsessive about what I defined as success. I wanted to not only win battles for myself, but for my partner, my team, and my community of readers. Over the past year and a half, every individual opportunity has felt like it was playing out on a stage, and suddenly that B minus (aka, a result that wasn’t exactly what I’d hoped for, but was still pretty good) was something I didn’t want to accept. I could feel myself beginning to shift into that perfectionist when it came to certain elements of life, and that made my tendency to self-loathe when I failed all the more dire.

So I came up with a solution that has worked for me in a profound way, and might work for you, too. I have started to actively celebrate my failures — not just accept them, but celebrate them, as I would good news — and in many ways, it has changed my life.

I throw myself “failure parties,” in which I give myself temporary permission to be a bit indulgent and engage in a concentrated moment of self-care in a way I normally wouldn’t. I do a mask, I light a candle, I pour myself a drink, I put on some music I really love, and I have a little moment of indulgence and joy to mark the occasion. I actively think about the failure, and do my best to point out the things that I could improve at the next opportunity, but I do it in a forward-facing way. I’m not saying “what did I fuck up,” I’m saying “what could I make effective the next time?”

And I look at all the things that went well, all the things I deserve to be proud of. Maybe I tried something that was a big risk, maybe I learned a new skill, maybe I invested a lot of up-front work on something that wasn’t sure to pay off. In any case, I embraced an opportunity and plunged into it, and the idea of having not tried is much worse than having tried and failed. And in accepting this, the scariness and weight of the word “failure” itself is lessened. It’s a part of life, just as sadness or grief or anger or frustration. Happiness is wonderful, but needs its contrast to have meaning. And achievement is fulfilling, but getting everything we want when we want it dulls its effects.

I’m still very much the person who celebrates her successes, and makes sure to mark the occasion when things are very good. But only doing it when you receive what you perceive to be good news means that the times when the result isn’t so great are even more difficult to bear. Popping a bottle only for a big check or a “yes” means that the “no”s will feel all the more definite and harsh, and accompanied by the never-ending swirl of self loathing. “This isn’t the time to be happy,” you’ll think. “That’s for when things are going well.”

If you make it a ritual to have an active, tangible celebration when you fail, there is something to look forward to in that moment. Because half of what feels so great about good news is the permission we give ourselves to celebrate it, to revel in it, to be proud of ourselves. And often, when we try for something great and don’t obtain it, there is just as much to be proud of in the attempt, but we don’t give ourselves that same permission. When a failure is an occasion to be happy, we’re much more able to understand all that’s good about the act of trying.

I look forward to my little “failure parties,” where I take care of myself and indulge a bit and let myself reflect in a way that isn’t destructive. I know that my life, like every life, will be a patchwork of good phone calls and ones that make your stomach drop, and that all we can do is decide how we respond to them. As an entrepreneur, I’ve accepted a life of more inherent risk, and therefore must find more creative ways to protect myself against the inevitable disappointments. But the same is true of everyone, no matter how much of a perfectionist we are. You can’t make every bit of news be good news, but you can make every bit of news a reason to celebrate.