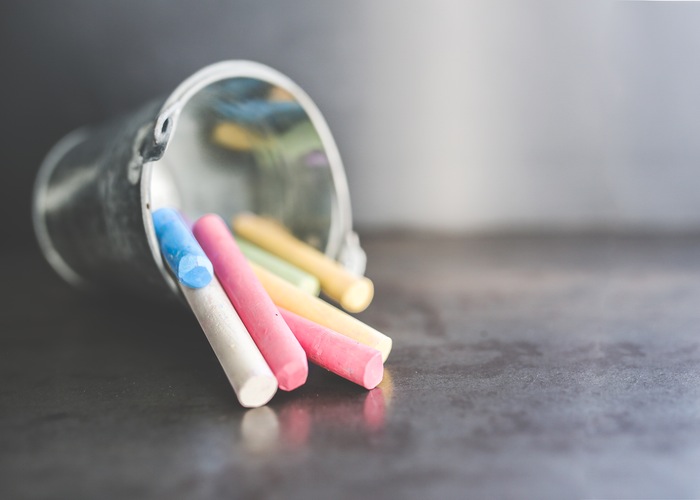 “Ms. Hart, this car is worth more than your annual salary!”

The student making this comment was loud enough to garner the attention of the entire class. He was holding up his laptop, flashing the latest Ferrari model for all to see. Almost instantaneously, a group of ninth-grade boys crowded in to gawk at it.

Another student voice chimed in from across the room, confirming this by listing off the exact amount of money I make teaching high school English. This student then elucidated further: “Ms. Hart works a second job teaching ACT prep, and if she worked every second of every day for the next year, I bet she could probably get a Ferrari.”

I know some teachers who would cringe at this conversation. They would reprimand the class, remind them that it’s rude to ask a grown up what they make at their jobs, and make vague-yet-lofty threats concerning all off-task behavior. I remember having teachers like that growing up. I’ve tried to forget most of the lessons those teachers taught me.

When I became a teacher, I promised myself I would indulge students when they asked probing questions, especially questions about money. I want them to graduate with a basic understanding of student finances, loan repayment options, and realistic salary expectations. So when my ninth graders started comparing the cost of a Ferrari with my annual salary, I peered out into the hallway, made sure no administrators were roaming the halls, shut my classroom door, and started an honest conversation about money with my freshmen.

These conversations happen more often than you might think. Along with the average 15-year-old not having a realistic idea about how money works, they are naturally curious. They might not be curious about how to use MLA format to correctly cite parenthetical research, but they are curious about how the world works. They want to know more about things that matter to them. And money matters.

I teach in the same community I grew up in: an idyllic suburban town of middle-to-upper class families. Most students get a car on their sixteenth birthday. Most have parents who will pay the full-price sticker at their college of choice. They are privileged, but their parents won’t discuss income with them. They have ample opportunities in their post-grad lives, but are often unprepared for their financial futures. I grew up the same way. I had no realistic idea about what my parents made, and they were secretive about it. It wasn’t until I was in my 20s that my parents opened up about their financial lives. However, by then, I had learned through trial and error how much money was enough to live on, and what made a career worthwhile.

Treating money as a taboo subject does not teach young people manners; instead, it robs them of an opportunity to make conscious choices about their futures. It goes without saying that I was not influenced by a desire for wealth when I chose my career. I teach in a public school. I have a master’s degree and still need a second job to feel financially secure in my life. That is not the case for all teachers, but I personally prefer to have a side hustle to supplement my teaching salary, especially while paying student loans.

When I talk to my students about money, I speak openly about these things. However, I also talk honestly about what makes a good life. Does a Ferrari mean you live well? Does working two jobs mean you don’t? These are conversations that would have saved me a lot of heartache as a college student and immediately afterward. I would not have felt guilty deciding against law school as a 22-year-old. I would have felt no shame about living at home for a couple of years post-grad to figure out what mattered to me. So I tell my students what I make, and how hard I have to work for it. I tell them about my debt, my monthly loan payments, and why my career path is worth the financial investment I made in my education. After I tell them this, I make sure they know that other people’s perceptions shouldn’t be the deciding factor in their career choice.

In my classroom, the picture of the Ferrari was long forgotten. My students were instead having a heated debate about what real wealth looks like. While I know facilitating a financial discussion is not part of the language arts curriculum, I know my job is worthwhile when I hear a student, voice wavering with passion, exclaim, “Who needs a Ferrari anyway? Ms. Hart works two jobs and she’s the happiest person I know! Money is important, but so is doing something you’re proud of!” That’s when I’m sure that I made the right choice with my career and life.

Kirsten Hart is a high school English teacher, a writer, and a firm believer in budgeting apps. She once blew an entire paycheck just to see how it felt, but does not advise you to try it.  She lives in Minneapolis and dreams of adopting a puppy.
Image via Pexels